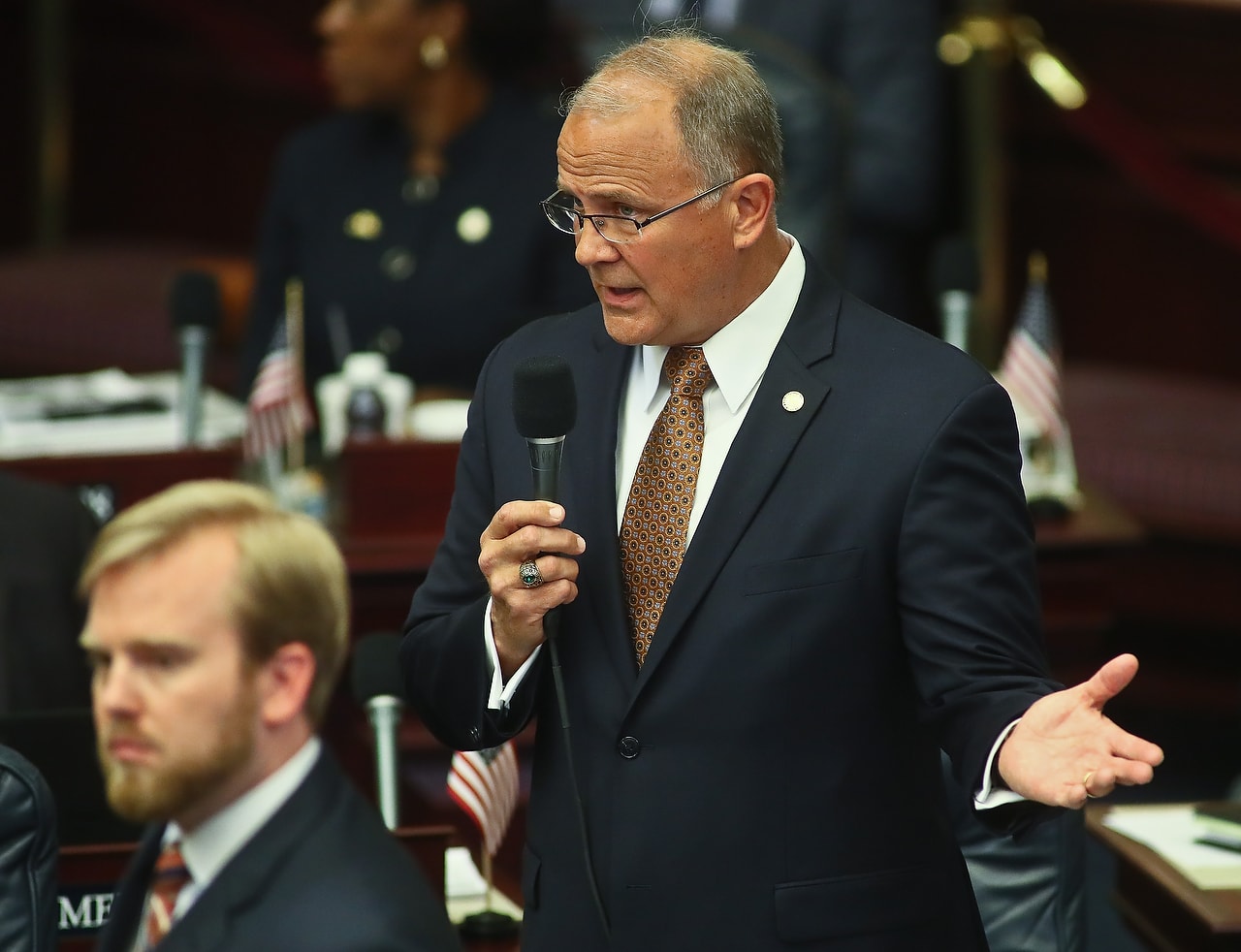 Rep. Bobby Payne, R-Palatka, discusses his "Stand Your Ground" bill Tuesday April 4, 2017 on the floor of the Florida House at the Capitol in Tallahassee, Fla. (AP Photo/Phil Sears)

His primary opponent withdrew, a Libertarian opponent’s questionable past surfaced, and he almost doubled his cash on hand.

Payne’s contributions mostly come from donors within his district; however, Comcast ponied up, as did TECO, UPSPAC, Florida Farm PAC, and the Florida Police Benevolent Association.

Payne beat two better-known candidates for the Republican nomination in 2016, and what’s clear is that no smart Republican would challenge him now that he has the prerogatives of incumbency.