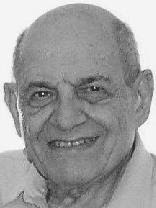 Of all the journalists to work the Jacksonville market, none had a more enduring scope than recently departed Marvin Edwards.

Edwards, who passed away at 96 years old and wrote bristling exposes of municipal boondoggles almost until the end, was a columnist, an essayist, and a quote machine.

Consider these lines from a 2001 article in Florida Trend.

“This city will take a beating on the Super Bowl,” Edwards predicted. And after the national articles maligning the city’s lack of cabs and hotels and first-rate entertainment options, he was right.

“The No. 1 job of government is to serve the general public, not special interests,” Edwards said. “Jacksonville has a reputation of serving the special interests first. It’s worse now than ever.”

Spoiler alert: it never got better.

He called the donor class the “syndicate,” and it’s only for lack of gumption among his peers that phrase didn’t stick.

Edwards’ ultimate target, at least this century, was spending on the Jacksonville Jaguars; he maligned the lack of accountability in spending on matters ranging from bringing the team to Jacksonville to the aforementioned ill-fated Super Bowl.

“The city pledged some $3 million to the event, and ultimately spent $11 million. But despite requests from several local papers and auditors to the Jacksonville City Council for a detailed financial accounting, city officials and the committee refused to provide receipts, contracts or other documentation. Although the committee was subsidized with city funds, staffed with several city employees and tasked with providing a public function on behalf of the city both the city and the committee claimed the agency’s records were not public.”

He was a gadfly. A muckraker. And the kind of journalist that doesn’t exist in this market anymore.

Now that he has passed on, it’s safe for the Jacksonville City Council to admit that he was right all along.

Among them: his work for the Office of Strategic Services; coverage of the Dachau Concentration Camp trial; exposure of funding discrepancies in Duval County Schools that ultimately led to the district losing accreditation, followed by city/county consolidation.

“Marvin Edwards spent decades as a self-appointed watchdog and citizen activist holding local government accountable for its stewardship of the best interests of the taxpayers, meticulously researching and doggedly critiquing major public projects and expenditures such as the Dames Point Bridge and the Automated Skyway Express in newspaper articles, letters to the editor, and television interviews …

“Mr. Edwards exemplified involved, informed citizen activism, and his research and writing over many decades contributed greatly to government accountability in Jacksonville.”

previousLegislature hopes to put the sting in stealing bees