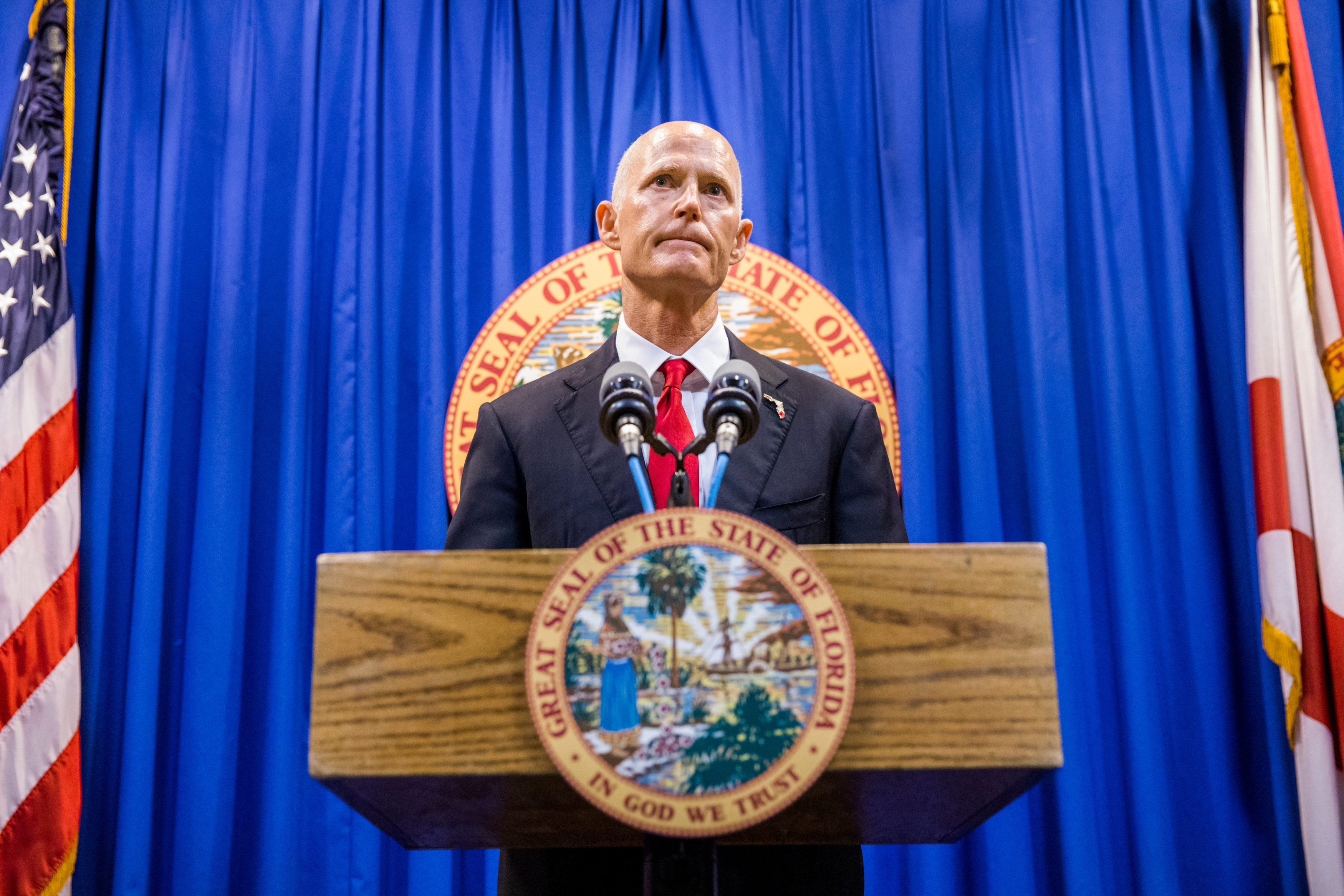 The Rick Scott who opened his campaign to unseat Bill Nelson in the U.S. Senate was the Rick Scott we have come to know in his two terms as Florida’s governor.

He is still short on details but long about promising to roll up his sleeves and fix what ails our government. He rails against career politicians, but seems to hope no one will notice that he will become of those if he wins this election.

He will have served eight years as governor, and then at least six more as a senator. Fourteen years sounds like a career to me.

Then, there is this.

As Scott Powers reported for Florida Politics from the scene of Scott’s campaign kickoff in Orlando, the governor said, “I didn’t fit in in Tallahassee because I didn’t play the insider game. I never intended to fit into Tallahassee. And guess what? I’m not going to fit into Washington either.”

Well now, hold on just a second there, governor.

Sure, during a campaign every candidate – especially those trying to unseat a three-term incumbent – shouts to the world that they are gonna go up there to that dysfunctional, horrible seat of government and shape it up.

Yeah. Then they get there and learn exactly what they’ve gotten into.

Former U.S. Rep. David Jolly knows about that. When he bucked the system in the House, he quickly became an outcast in his Republican Party.

“If successful, Rick Scott will join the Senate as a junior member of a body dominated by more senior senators, and one in which the agenda is determined solely by a Majority Leader who expects and rewards loyalty and conformity,” Jolly told me Tuesday.

“The difference between serving in the Legislature compared to serving as chief executive is that independence rarely proves effective.”

As Sen. Marco Rubio noted at a rally in Iowa during his ill-fated presidential campaign, “… while as a senator I can help shape the agenda, only a president can set the agenda.”

Rubio got so frustrated with the job that he was going to quit before he changed his mind and ran successfully for re-election.

As governor, Scott was in a position of power. He also showed little interest in any part of the job that didn’t bring jobs to Florida.

He basically was a spectator cutting ribbons at the latest WaWa while more skilled pols like House Speaker Richard Corcoran jammed through controversial changes to the way public education is funded.

Scott was a no-show during the squabble over Florida’s health care.

He didn’t seem interested when environmental regulations were being gutted. He didn’t have anything to say about the Florida Center for Investigative Reporting story how the state Department of Environmental Protection prohibited the use of the words “climate change” or “global warming.”

As a senator, his obsession with job creation would be overshadowed by larger events.

Scott also has never experienced the all-out assault he will receive during this campaign – and not just from inside Florida. This is a national race and Democrats will fight like the dickens to keep Nelson in the Senate.

The first time he ran, his simple message – “Let’s Get To Work” – resonated with recession-weary Floridians. He didn’t have much of a record to attack either.

In his second campaign he could point to the state’s improving economy and jobs outlook. He also was up against a flawed opponent in Charlie Crist.

Nelson, is a strong incumbent in a year where polls suggest it’s a good time to be a Democrat.

We have learned it’s foolish to under-estimate Rick Scott.

But he is not running for governor now, even though everything he said in his campaign rollout was stuff we’ve heard before.

We’ll know soon enough if that’s the right strategy, or if he needs to get to work on something new.