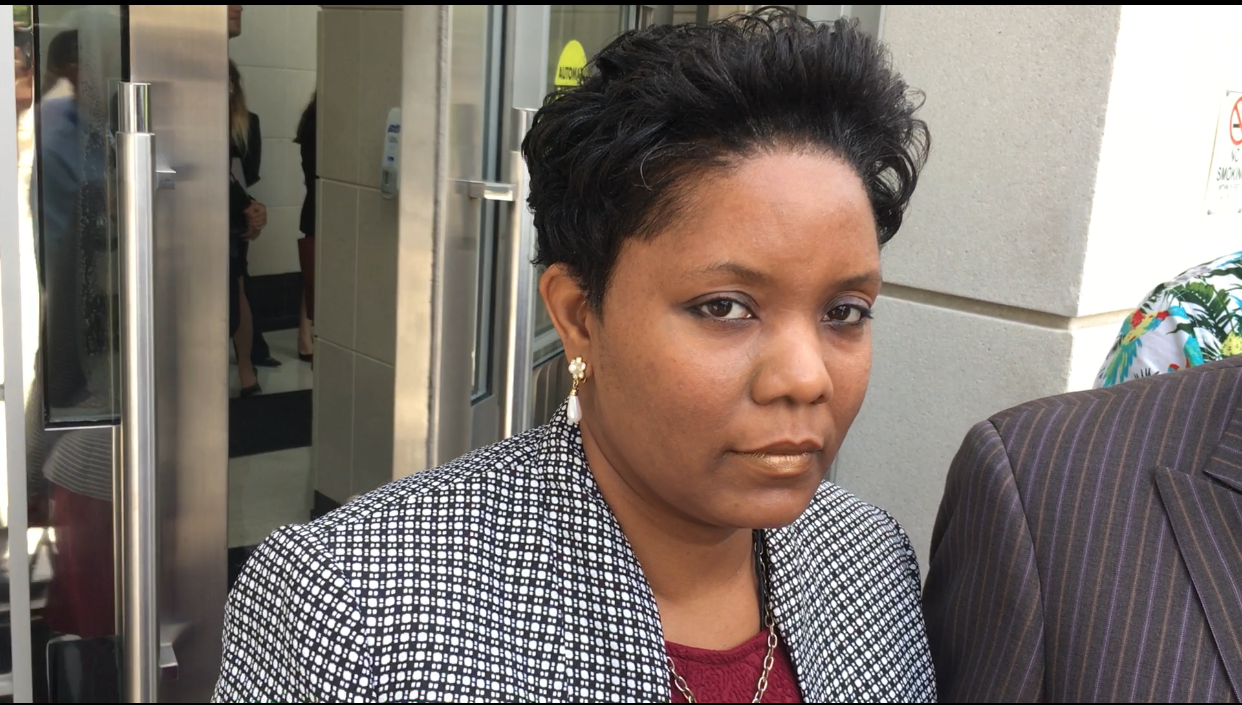 In May, the city filed suit against Brown, a first-term Democratic member of the Council’s Finance Committee, for breach of guaranty, relative to a defaulted loan of $380,000 to the Browns’ family business, CoWealth LLC. [COJ v Katrina Brown].

The summons, however, was not served until late last month; according to the city, it was delivered to Brown’s mother JoAnn, at the residence they had shared since at least the 2015 campaign.

Brown, however, issued a response saying that she was not served and is not living at the residence, which raises interesting questions given her legal predicament.

Brown, who has been federally indicted on a charge of fraud and suspended from Council, has a court-appointed lawyer. Her sole job, being a member of the City Council, stopped paying when she was suspended.

Facing federal charges and without a means of support, it’s reasonable to wonder how Brown paid for a move from a home she lived in during her time on Council and while running the businesses that authorities assert are slush funds.

It’s a measure of the legal trouble that Brown faces that the city action seems almost quotidian compared to the federal claim.

The city fronted CoWealth $380,000 of loans from the city of Jacksonville and $220,000 of grants in 2011 to build a BBQ sauce plant in Northwest Jacksonville. The grant money was conditional on the company creating 56 permanent jobs, but none were created.

The city won a default judgment against the businesses, but that was effectively worthless. Brown’s parents, including her mother who ran the businesses, filed for bankruptcy months ago.

Councilwoman Brown, still an active candidate despite the legal issues, has drawn no fewer than eight challengers for her District 8 seat.

Brown will be tied up in court for months to come. She is headed for a February 2019 federal trial with alleged co-conspirator and fellow suspended Councilman Reggie Brown.

The federal government contends that the two Browns, who are not related, extracted hundreds of thousands of dollars for personal use from a Small Business Administration-backed loan provided for Katrina Brown’s family’s barbecue sauce plant.

The total list of charges: 13 counts of wire fraud, another 13 of mail fraud, five counts of money laundering, and charges of attempted bank fraud for Ms. Brown and failure to file a 1040 form from Mr. Brown.