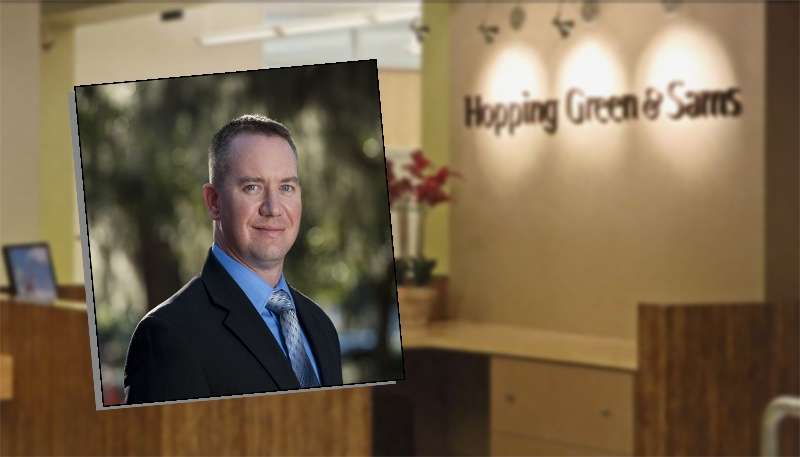 Hopping Green & Sams reeled in up to $300,000 in lobbying pay during the first quarter of 2018, keeping pace with its earnings during the same three-month stretch in 2017.

The full-service law firm reported earning up to $250,000 for its legislative efforts and up to $50,000 for executive branch work. Median compensation estimates peg Hopping Green’s first-quarter haul at $275,000.

The Florida Electric Power Coordinating Group showed up at the top of both reports, with total payments of up to $40,000 for the quarter. Checking in with up to $30,000 paid were the American Resort Development Association, Mosaic Fertilizer and Disney.

A slew of clients followed in the $10,000 to $20,000 bracket. Notable names in that crowd included Exxon Mobil, Alliance of Automobile Manufacturers, tobacco company ITG Brands and Strategic Property Partners, the Bill Gates and Jeff Vinik-backed venture behind Water Street Tampa.

SPP scored a major win in the 2018 Legislative Session when Gov. Rick Scott signed a bill creating a special taxing district for the $3 billion development, which promises to transform downtown Tampa with a combined total of more than 9 million square feet of retail, office, hotel and residential space.

previousDaphne Campbell lands wave of endorsements ahead of primary battle