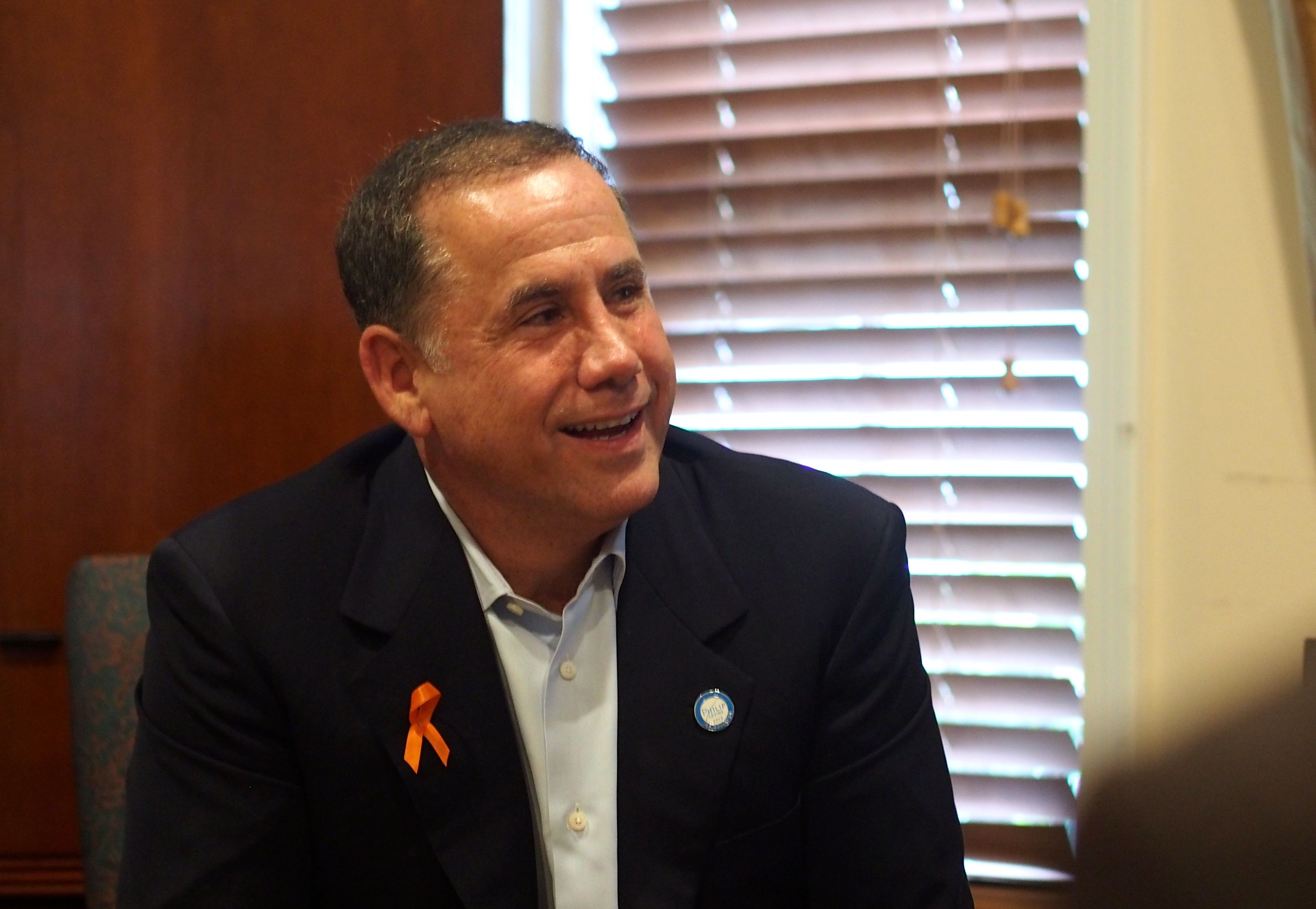 The key to dealing with rising sea levels in Miami Beach and climate change effects across Florida is boiling down to being able to refocus efforts to making the state more resilient, and the same principal applies to other statewide issues, Democratic Philip Levine said Wednesday.

Meeting with a handful of environmental activists in Orlando, Levine touted resilience as his strategy when he was mayor of Miami Beach, pushing through initiatives to raise roads and seawalls, build in new pumps and storm water control systems, and open the city to easier solar energy and renewable resources.

It’s a strategy Levine said Florida must adopt to deal with most of its environmental concerns, and other matters.

He also renewed his pledge to lead Florida to voluntarily adhere to the Paris climate change accords, which drew applause.

Levine pledged to create a statewide office of resiliency and to appoint regional resilience officers to develop and institute programs for the specific challenges of the local regions.

Levine faces Winter Park entrepreneur Chris King, former U.S. Rep. Gwen Graham, Tallahassee Mayor Andrew Gillum, and Palm Beach billionaire Jeff Greene in the August 28 Democratic primary to run for governor. All of them have pledged to address climate change and committed to the Paris accords, except Greene, who only entered the race last Friday and is still in his campaign’s silence phase.

With the environment, the stakes are far higher, and the urgency far more immediate than many people might expect, Levine suggested.

He said when residents of Miami Beach, including his mother, complained about the inconveniences of all the construction going on in his resiliency program there, he told them, “Here’s the choice: do you want Miami Beach to be Atlantis? Or do you want to live in Miami Beach?”

They didn’t need to be reminded that in recent years Miami Beach has been prone to “king tide” flooding of streets on sunny days.

“The people of Miami Beach said, ‘We agree. Let’s do it.’ And there was pain, but we got gain. And with the state of Florida, it’s the same tipping point right now,” he concluded.