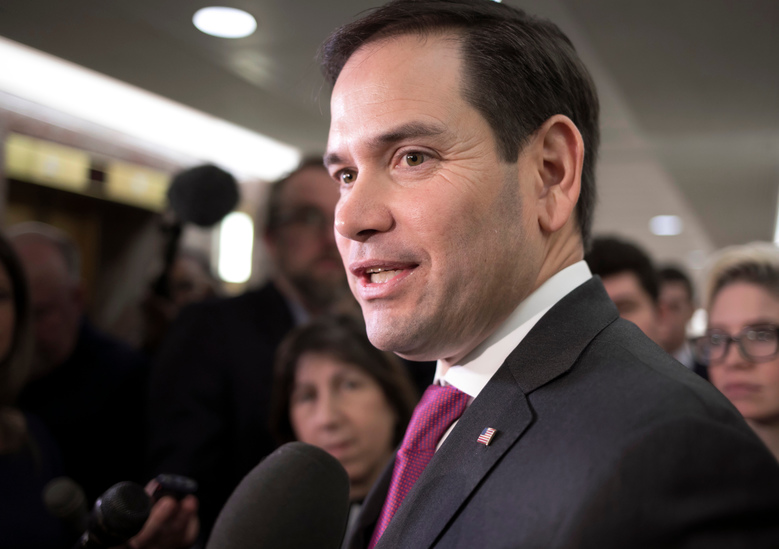 Instead, it’s a reminder of an important aspect of parenting, and the obligations that come with raising children in America.

Sen. Marco Rubio recently authored an op-ed for The Federalist, a conservative online magazine, in which he opines on fatherhood ahead of the holiday celebrating it.

Commercialization, Rubio wrote, fogs the “true meaning” of Father’s Day. He borrows words in a resolution by former President Calvin Coolidge to describe of the mission of the holiday: “to impress upon fathers the full measure of their obligations.”

“Fathers play the indispensable role in protecting their families from harm, encouraging children to overcome challenges, disciplining children with authority, and teaching boys how to become responsible men by modeling responsibility themselves,” wrote Rubio.

The tenets of being a dad are bipartisan, Rubio claimed. He cited words from former Democratic President Barack Obama: “[Fathers] are teachers and coaches. They are mentors and role models. They are examples of success and the men who constantly push us toward it.”

The Senator said “social chaos,” created by those who commit atrocities, is a direct result of “broken families” and the “absence of fathers.” He pointed to research conducted by psychologist Dr. Peter Langman, who studies mass shooters.

“More than 75 percent of the most-cited school shooters since Columbine came from broken homes,” Rubio wrote. It’s an almost-definite nod to Nikolas Cruz, the confessed Marjory Stoneman Douglas shooter, who was adopted at birth and lost his father at a young age. Since the Parkland shooting, Rubio has made a point of advocating for solutions that are less myopic than restricting access to guns.

When fathers don’t exercise enough positive influence on their sons, “it makes for an alarming number of working-age young men who do not work, seem to have no drive, and take drugs to escape their frustration. It makes for an equally alarming number of young men who abuse women, abandon financial responsibility for their children, become thugs, or become ridiculous hyper-masculine idiots,” Rubio wrote.

He concluded: “For this Father’s Day, let’s focus less on the latest gadgets and cultural outrages, and more on the distinct value — and obligations — of fatherhood and the fatherly virtues of honor, drive to provide, bravery, courage, conviction, gentle toughness, and strength of will.”