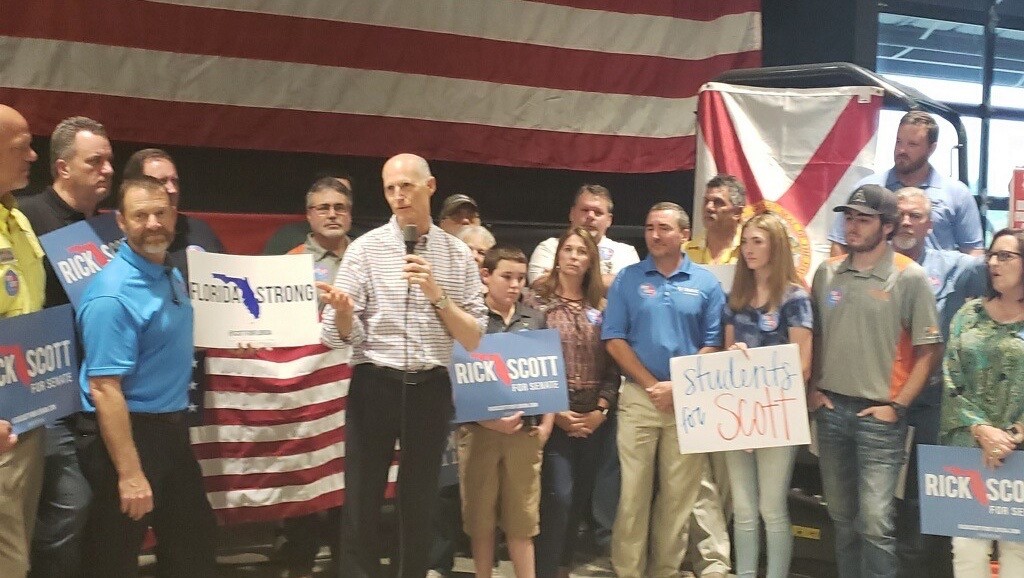 Gov. Rick Scott, in Jacksonville Tuesday on a campaign stop, was compelled to address a recent spate of murders of local transgender women.

In recent months, three were killed. Concern is galvanizing the local LGBT community and is eliciting action from Equality Florida, which held a media conference at Jacksonville City Hall contemporaneously to Scott’s event on Jacksonville’s Westside.

“I just feel sorry for people,” Scott said. “You hope that it would never happen.”

“I hate that these things happen. On the state level, we provide some funding for Jacksonville to deal with, you know, helping to reduce their crime.”

“I know that Mayor [Lenny] Curry and Sheriff [Mike] Williams both ran to focus on making this a safe place to live,” Scott said.

“I always say there’s three primary jobs as Governor. You focus on how you make sure people get a job, how kids can get an education, and how you keep people safe,” Scott said.

“You hate when anything like this happens,” Scott said, “and I hope whoever did it is caught and prosecuted to the fullest extent of the law.”

These murders come at a time when Jacksonville, at least when it comes to municipal code, has made gains in protecting LGBT rights in the areas of employment, public accommodation, and housing protections.

However, Jacksonville — despite concerted workforce additions and budget enhancements for the Jacksonville Sheriff’s Office — is struggling with stemming the blood tide of murders and finding the killers.

In a media release Tuesday afternoon, Equality Florida posited that the killings may be the work of a serial killer.

“The transgender community in Jacksonville is frightened. They fear this could be a serial killer or orchestrated violence targeting the community. They do not feel protected on their own streets,” said Gina Duncan, the group’s director of transgender policy.