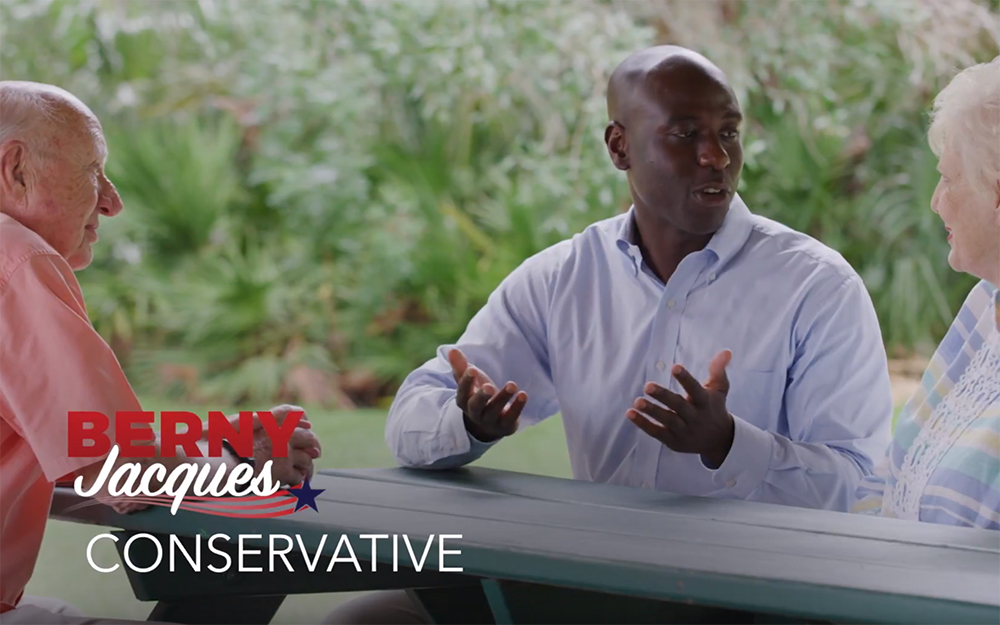 Just days after his Republican primary rival hit the airwaves, Berny Jacques is rolling out his own TV ad in the race to succeed term-limited state Rep. Larry Ahern in House District 66.

“For over a year now, our campaign has been talking directly with the voters of Pinellas, spreading our message of principled conservatism and our shared goals of holding government accountable,” Jacques said. “I am excited to release our first TV spot discussing these values; that of constitutional conservatism, support for President Donald Trump, and ensuring our nation’s laws are followed.”

The 30-second ad, titled “A Conservative We Can Trust,” indeed touches on most of the issues du jour for Republican primary voters set to the backdrop of Jacques speaking with Pinellas voters at a picnic table, working behind a desk and even holding a baby.

“As a former prosecutor, I know what it takes to keep us safe from criminals. Now, I want to protect Pinellas from politicians who are doing harm to our country,” Jacques says in the ad.

A narrator then takes the reins to tout the Seminole attorney’s conservative credentials.

“Constitutional Conservative Berny Jacques. He’s A rated by the NRA and supports Term limits. Berny Jacques is a former prosecutor who supports President Trump and will fight illegal immigration and ban sanctuary cities in Florida,” the ad says.

Democratic candidate Alex Heeren, a schoolteacher, has already locked up his party’s nomination without opposition.

HD 66 has a Republican lean. Ahern has held the seat since it was redrawn in 2012, when he won re-election by 6 points. His next two re-election bids ended in double-digit wins, and Trump had similar success in 2016, when he carried the district 55-41.

Jacques’ ad is below.

nextLast Call for 7.17.18 – A prime-time read of what's going down in Florida politics