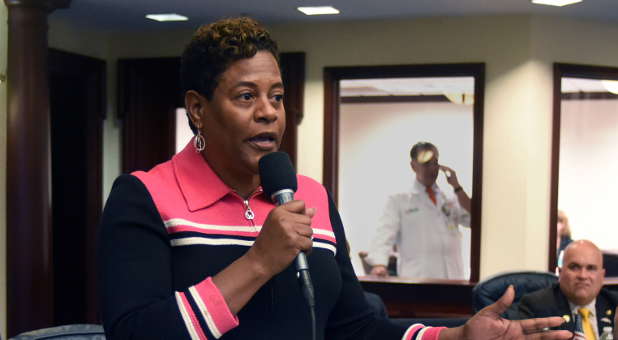 As of July 20, the last date for which campaign finance data is available, House District 14 incumbent Rep. Kim Daniels is still well ahead of Democratic challenger Paula Wright.

Of the over $13,000 spent, the majority was on campaign materials, food for workers, et al. Daniels is also employing a consultant with some name value, former state Rep. Terry Fields, who was paid $1,700 during the period.

Wright, whose fundraising was slow out of the gate, showed some improvement on the last report filed in June.

Meanwhile, Wright got a trio of key endorsements over the weekend, according to Jacksonville political commentator Fred Matthews.

This campaign has already gotten ugly: an un-bylined piece in The Florida Star made scurrilous charges against Wright, who was not given an opportunity to respond before publication.

It took the paper a week to retract the article.