In new ad, Floridians for a Fair Shake doubles down on criticism of Vern Buchanan 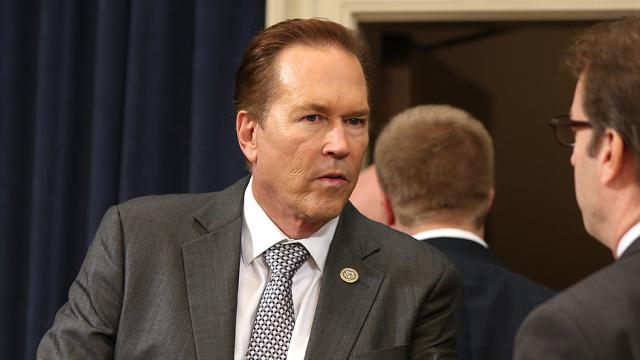 Floridians for a Fair Shake, a left-leaning advocacy group focused on the economy and health care issues, seems to be playing tricks with the numbers in a new ad hitting U.S. Rep. Vern Buchanan over last year’s GOP tax cuts.

The ad is titled “Same Day,” and highlights the fact that Buchanan bought a yacht on the day the House of Representatives voted on the first draft of the “Tax Cuts and Jobs Act.”

That much is not in dispute, though it’s unclear whether Buchanan needed any sort of tax cut to drop more than a million dollars on a new yacht. According to an analysis by Roll Call, Buchanan is one of the wealthiest members of Congress, with a net worth of more than $70 million.

Whatever one thinks of the optics of such a purchase, it’s a claim later in the group’s ad that doesn’t quite stand up to scrutiny.

“Most Americans will pay more in taxes,” warns the ad’s narrator. “Vern Buchanan gets a new yacht.” Is it true that a bill which aimed to cut taxes actually did the opposite for the majority of Americans?

The ad cites a Dec. 2017 report from the Tax Policy Center to support the claim. And sure enough, the report does say 53 percent of Americans will pay more in taxes.

The problem? That doesn’t happen until 2027, “largely because almost all individual income tax provisions would sunset after 2025,” according to the report.

The sunset on tax breaks for individuals was an issue that was raised at the time the bill was passed, and would certainly spark outrage if it occurs. But 2025 is a long way away, and one has to think a provision that would hit more than half of Americans will be dealt with by Congress by then.

The immediate forecast of the law’s effects are much less dire. “Compared to current law, 5 percent of taxpayers would pay more tax in 2018.” That number goes to 9 percent in 2025, just prior to the lapsing of the individual income tax provisions.

That is to say, unless Congress wants to get railroaded at the polls, it is highly unlikely we will live in a world where “most Americans will pay more in taxes” due to this bill.

Does the law give more of a break to wealthy Americans? It does, according to analyses of the law. And one can certainly debate whether buying a yacht on the same day that bill was passed will play well with voters.

But the claim that “most Americans will pay more in taxes” doesn’t quite hold up.

We reached out to the Buchanan campaign to comment on the ad. While they didn’t address the controversy over the yacht purchase, they did have this to say about one of their Democratic opponents in the 16th Congressional District, David Shapiro.

“Shapiro is going to pay a steep price for these dishonest attack ads. Let’s see who blinks first.”

Floridians for a Fair Shake has denied any connection between their group and the Shapiro campaign.

You can watch the ad from Floridians for a Fair Shake below.