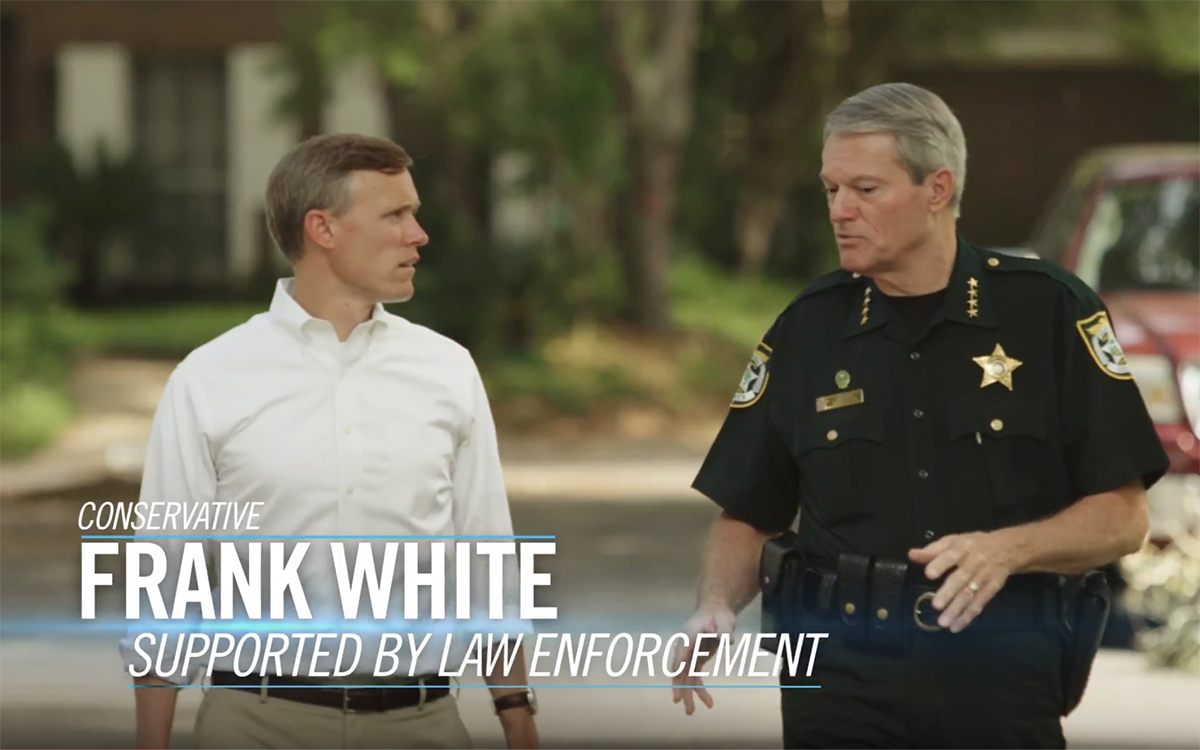 The 30-second ad, titled “Florida Sheriffs Support Frank White,” apes a recent TV ad by Moody by bringing in some backup from county sheriffs who are backing his campaign. Moody, a former circuit court judge and prosecutor, touted her law endorsement endorsements and another from Attorney General Pam Bondi, in an ad released last week.

White’s handful of sheriff backers were used to the same effect in the new spot.

“That’s why Frank White stood with President [Donald] Trump against illegal immigration and voted to outlaw sanctuary cities in Florida. And why Frank has the highest NRA A+ rating for defending the Second Amendment. Frank White has worked with us in law enforcement to increase penalties on child predators and strengthen the death penalty,” the sheriffs say.

The ad is the latest in a string of ads the White campaign has released since early June, when he kicked off an 80-day advertising plan with a $1 million ad buy well before the “lowest unit rate” rule kicked in 45 days out from Aug. 28 primary election.

If polls are any indication, White’s strategy is paying off. A recent measure from St. Pete Polls shows him with a double-digit lead over Moody among likely Republican primary voters, and his lead is similarly high among each slice of the GOP electorate barring Hispanic Republicans and those living in South Florida.

Still, two weeks are left, and Moody’s campaign has shown no signs of slowing down.

The winner of the Aug. 28 primary election will likely face Tampa Democratic Rep. Sean Shaw in November.  A pair of polls, now somewhat stale, showed Shaw with an edge no matter which Republican he faces on Election Day.

White’s ad is below.