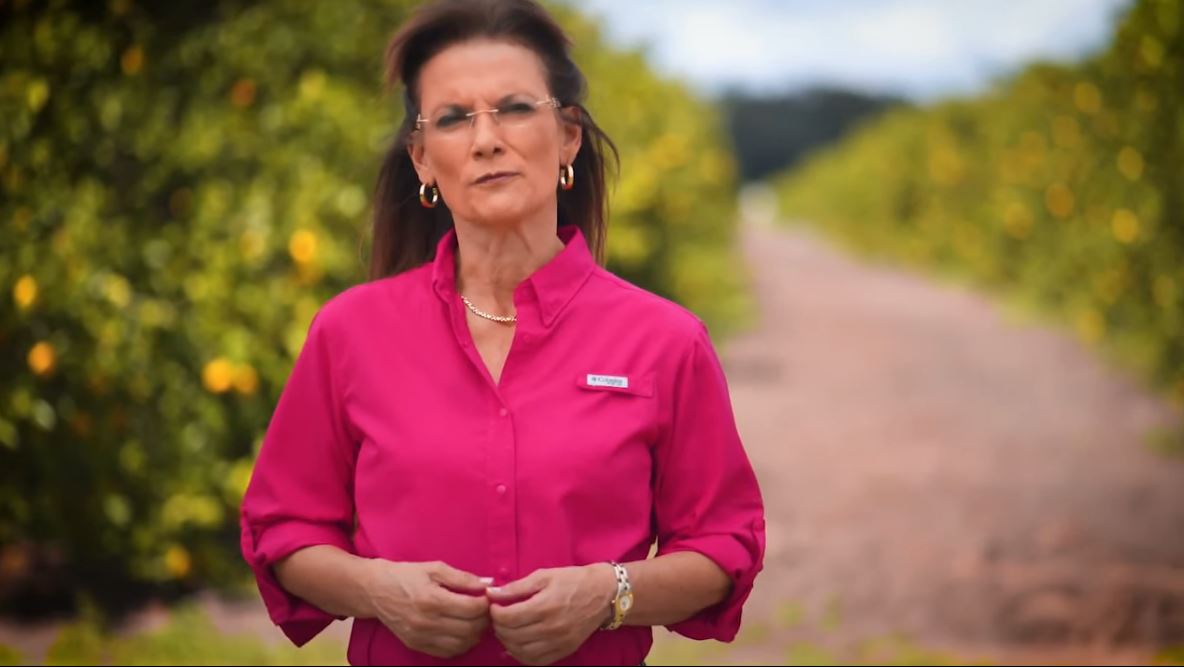 There’s one day left before Republicans decide which of four candidates will carry the GOP banner in the statewide race for Agriculture Commissioner, and Sebring Sen. Denise Grimsley is out with a new video montage of her campaign looking to pump up her supporters.

The video, replete with chunky guitar riffs that would be just as appropriate for a pre-kickoff crowd pumper at The Swamp or Doak Campbell, opens with a clip of Gov. Rick Scott speaking about the longtime state lawmaker’s work ethic and knowledge of the Sunshine State.

“I want to thank Denise. We did get elected at a time when the state was in deep trouble and Denise is somebody that I’ve had the opportunity to work with. She’s somebody that works hard and she understands what’s going on in this state,” Scott says in the video.

The hype reel then skips to Pasco Sheriff Chris Nocco, one of three dozen county sheriffs backing her campaign.

“Denise Grimsley isn’t a politician, she’s a warrior. And she’s got my vote,” Nocco says.

Grimsley then takes over in a mashup of footage from her first TV ad, where she commits to going after phone scammers, and the campaign video introducing her ahead of her widely praised candidate presentation during the Republican Party of Florida’s Sunshine Summit in late June.

“Where I’m from, we stand for the flag,” Grimsley says before a cut to the TV ad where she tears a flip phone in two.

“At first these fake phone calls were frustrating, now they’re infuriating,” she says. “I’m Denise Grimsley, and I’ll fight to stop these calls and put the crooks behind them behind bars.”

After an encore from Nocco, a narrator says, “The choice is clear: Republican Denise Grimsley for Commissioner of Agriculture.” The closing frames of the video remind voters that the polls open at 7 a.m. Tuesday and points viewers to a page on Grimsley’s campaign website where those who have yet to vote can look up their polling place.

A noteworthy disclaimer: Though Scott is featured singing Grimsley’s praises in the opening portion of the video, the Governor and U.S. Senate candidate has not officially endorsed her bid in the crowded Republican primary to replace term-limited Agriculture Commissioner Adam Putnam.

It’s nothing personal, said a Scott spokeswoman, it’s simply that the term-limited Governor “will not be endorsing her or any primary candidate during this race.”

What little recent polling exists is from the oft unreliable Gravis Marketing, which showed Caldwell, Grimsley and Troutman, a massive self-funder, all within a point of each other followed by McCalister with 13 percent support despite an almost nonexistent campaign.

Grimsley’s video is below.

previousThe 25 moments that defined the 2018 primary for Florida Governor