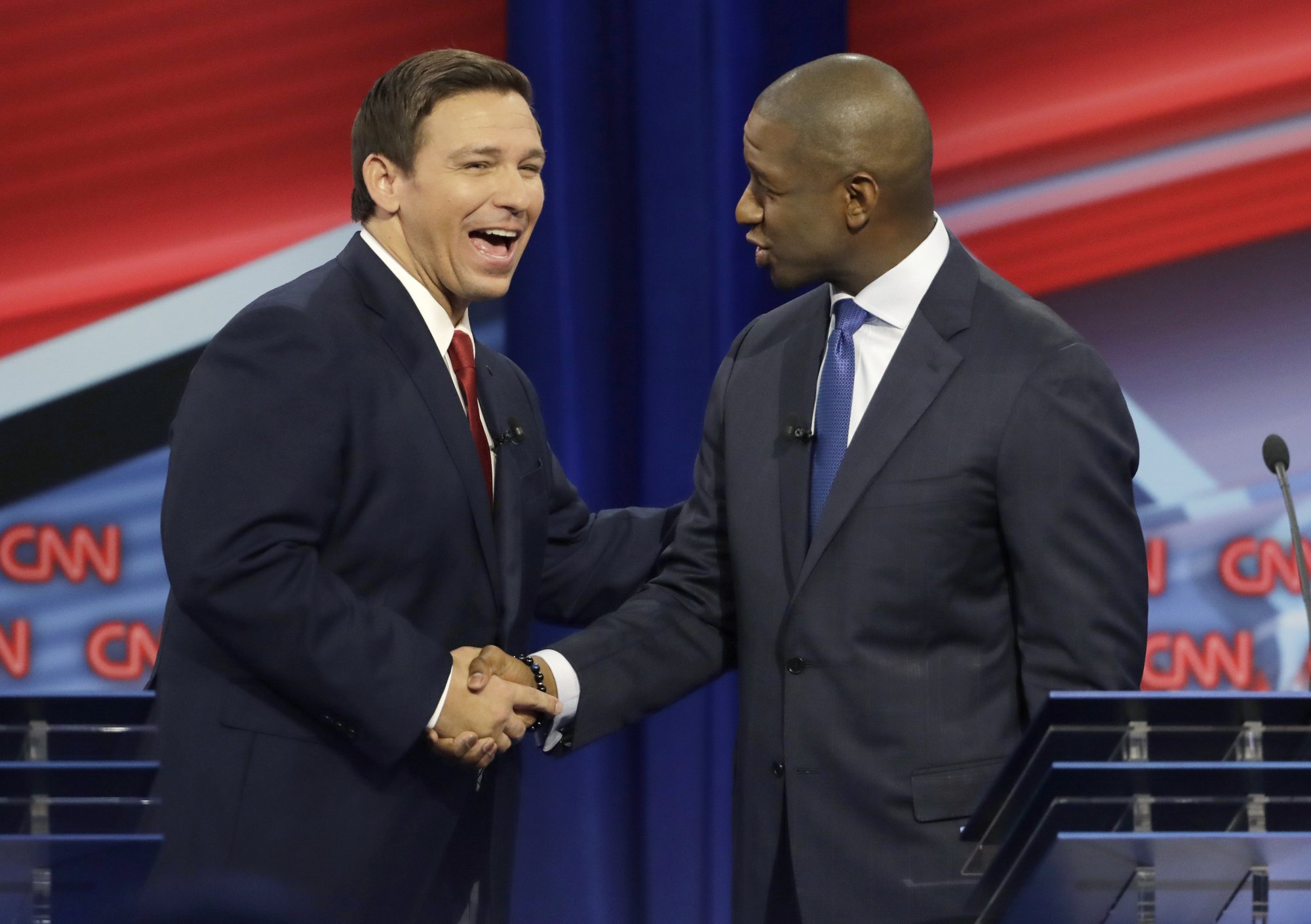 Remember the good old days of 2014 when the biggest dispute in the Florida Governor debate was whether Charlie Crist should be able to use a fan?

Now, after two debates between current candidates Andrew Gillum and Ron DeSantis, it’s clear that the gulf between Florida’s major parties has never been wider and about half the state is going to be gigantically depressed by the outcome on Nov. 6.

In keeping with the theme of the week, the controversy surrounding Gillum’s use of a ticket to “Hamilton” on Broadway, it’s a good thing that a duel like Alexander Hamilton had with Aaron Burr is against the law.

At a distance of just a few paces Wednesday night though, Gillum and DeSantis fired plenty of verbal shots at each other, including Gillum’s spelling out n-i-g-g-e-r when making a point that one of DeSantis’ supporters referred to Barack Obama by that term.

DeSantis, it should be noted, came as close as he has yet in this campaign to losing his cool in public. The exchange was about an appearance the candidate made at the David Horowitz Freedom Center conference, where DeSantis praised Horowitz and said he admired the organization.

Horowitz has made racially charged about Obama.

Confronted with this, DeSantis lashed out, “How the hell am I supposed to know every single statement somebody makes?”

Well sir, in the same way Gillum was supposed to have made sure there was no question that he paid for his ticket to Hamilton – a story that blew up earlier this week after the Tampa Bay Times reported that it came from an undercover FBI agent.

Early in Wednesday’s debate, Gillum acknowledged, “I should have asked more questions to make sure everything was above board” instead of assuming his brother had exchanged a ticket to a Beyonce concert for the Hamilton seat.

Gillum said, “I take responsibility for not having asked more questions but let me tell you – I’m running for Governor. In the state of Florida, we’ve got a lot of issues. In fact, we’ve got 99 issues and Hamilton ain’t one of them.”

Back and forth, forth and back.

The person I felt sorriest for was moderator Todd McDermott, who tried his best to keep the candidates and the crowd in line with the antiquated format. The debate disintegrated into a stopwatch issue when both candidates went over their allotted times to speak and McDermott tried without success to interrupt.

Going forward, I wouldn’t let crowds into the event location. The outbursts of applause for both candidates weren’t appropriate, but it’s what you expect when partisanship is interjected into a debate.

It would be messy, but I think we’d learn more.

What have we learned after two Florida Governor debates between these two gentlemen?

We learned they disagree on everything. They don’t like each other. Their supporters think the other side is filled with vipers.

One of them is going to be Florida’s next Governor.

previousKristen Carlson piles on cash for final sprint in CD 15