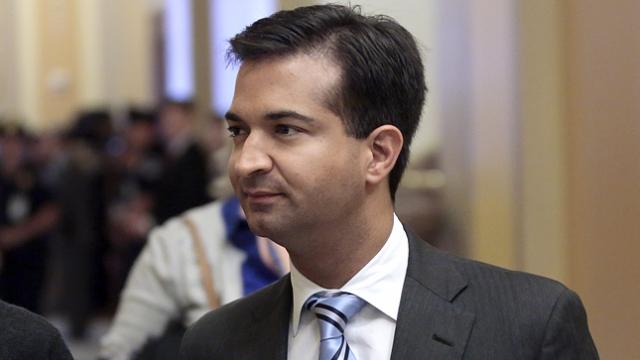 After getting uninvited to the House Ways and Means Committee, Carlos Curbelo is looking at another run for Congress.

Outside groups have spent more than $37 million in Florida’s 27 congressional races with almost half of that going into a single contest: the battle for Florida’s 26th Congressional District in South Florida.

Democratic groups led by the Democratic Congressional Campaign Committee and the House Majority PAC have poured $11.3 million into trying to support Debbie Mucarsel-Powell and to oppose the re-election of Republican U.S. Rep. Carlos Curbelo in that South Florida district.

Republican groups and others, including a couple of nonpartisan groups such as the No Labels PAC, have countered with about $7.1 million to support Curbelo or attack Mucarsel-Powell, according to data posted through last week by the Federal Election Commission.

That makes the CD 26 race far and away the most expensive in Florida, at least from the standpoint of outside groups’ spending.

The DCCC is leading all outside groups in spending, pouring $10 million into Sunshine State. In addition to supporting Mucarsel-Powell, the DCCC has spent more than $1 million each in backing Kristen Carlson in CD 15 and Donna Shalala in CD 27, plus another $300,000 supporting Lauren Baer in CD 18.

The second-biggest outside spender in Florida also is a Democratic organization. The House Majority PAC has spent $5.3 million here. That includes $2.6 million supporting Mucarsel-Powell in CD 26, and between $500,000 and $1 million supporting Democrats in four other districts: Nancy Soderberg in Florida’s 6th Congressional District; U.S. Rep. Stephanie Murphy in Florida’s 7th Congressional District; Baer in CD 18; and Shalala in CD 27.

The two big Republican groups, the National Republican Congressional Committee and the Congressional Leadership Fund, have focused on three districts each. They’ve each spent about $5 million total in Florida.

The With Honor Fund, which supports the elections of veterans from both parties nationally, has backed two veteran candidates in Florida, though both are Republicans. It has provided Mast with $907,000 in campaign support in CD 18, and Michael Waltz with $1.2 million in support in CD 6.