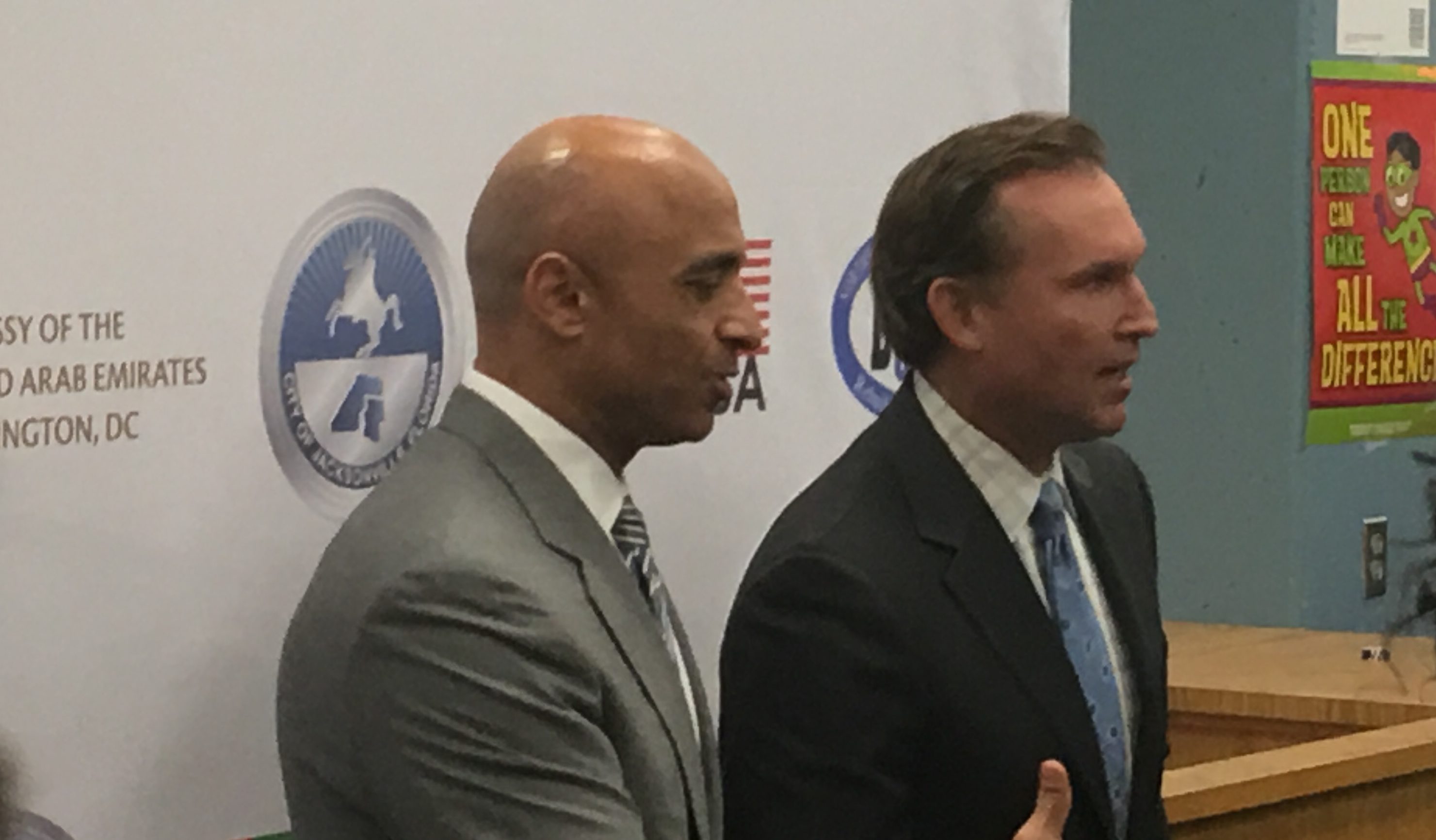 The final Jacksonville City Council meeting of 2019, on Tuesday evening, saw at least a hint of the interpersonal drama that has characterized the rest of the year.

At issue: a bill the Rules Committee revamped that would have returned a $2.775 million grant from the United Arab Emirates.

City Council voted the appropriation through without a hitch in the summer, but second thoughts clouded members (and potential 2019 mayoral candidates) Republican Anna Brosche and Democrat Garrett Dennis when they considered the UAE’s execrable human rights record.

Brosche introduced a bill to return the money, but Rules (taking cues from Mayor Lenny Curry, who accepted the donation at a ceremony in October, and Council President Aaron Bowman, who framed the Brosche bill as an “attack on religious freedoms”) had different ideas.

Councilman John Crescimbeni, a Democrat, proposed a substitute to turn the bill into a gesture of appreciation. That cleared without objection.

Brosche told us Tuesday that she didn’t want her “name associated with a bill” that contravenes her original intent.

She emailed Legislative Services Wednesday after Rules: “In accordance with the Council Rules, please remove my name in any and every way possible for resolution 2018-813 (UAE donation bill).”

During the Jacksonville City Council meeting, Brosche moved to withdraw the bill, and that motion prevailed by a 14-4 vote, with Council President Aaron Bowman and Councilman Crescimbeni among the opposition.

Councilman Greg Anderson urged no comments from the audience, as an Abraham Lincoln impersonator nodded.

Given the recurrent talk that Brosche may run for Mayor (qualifying ends Jan. 11), she notes there might be a desire from political enemies to “stick it to” her once again.

Brosche is still mulling her next political move, which could be a re-election bid, a run against Curry, or nothing at all.

“All my options are on the table,” she says.