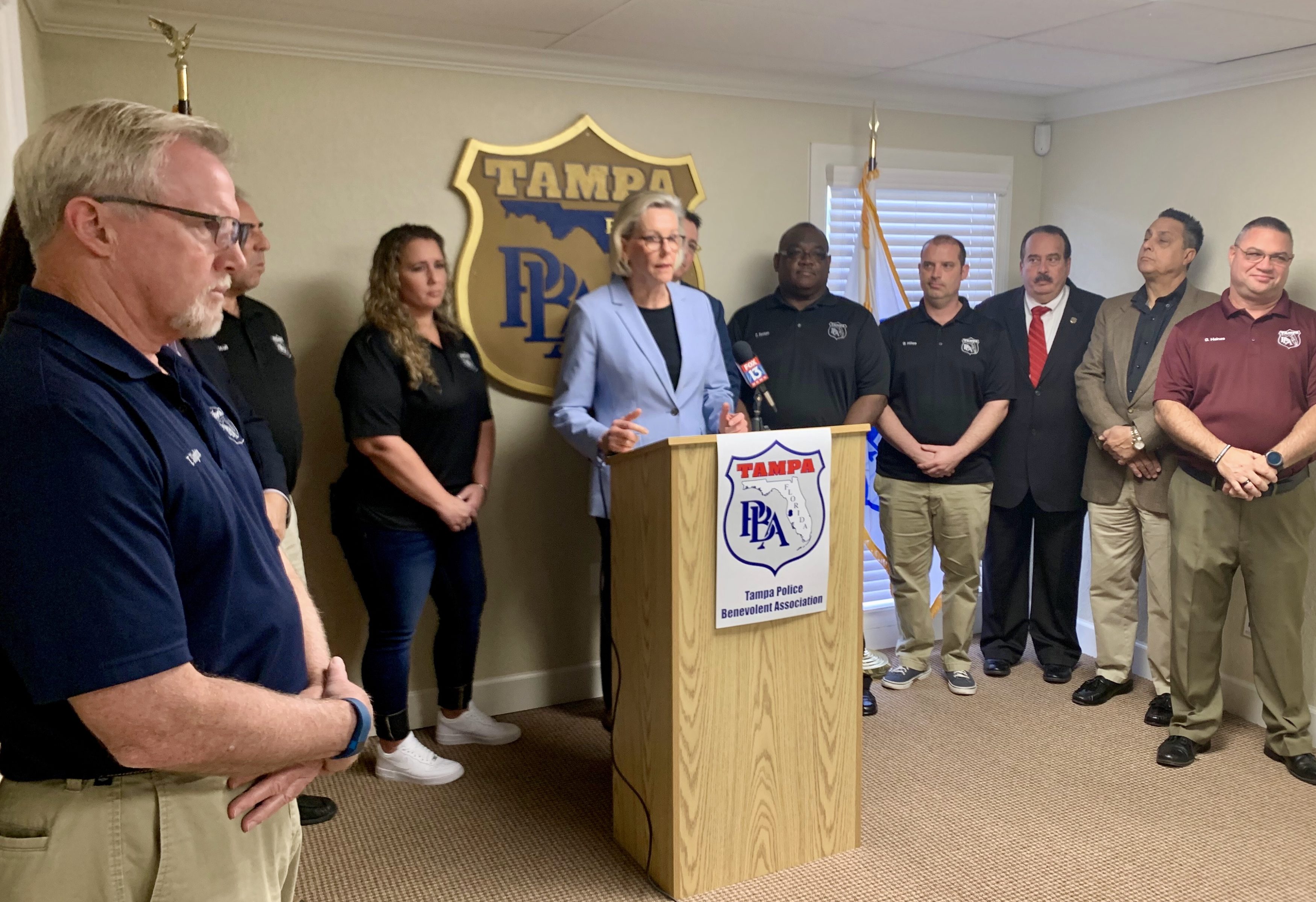 A leaked email from the Tampa Police Benevolent Association supports the group’s endorsement for former Police Chief Jane Castor, but with David Straz right behind.

In an email sent Jan. 23, the day before the local PBA announced its endorsement, 71 members answered an internal poll asking who they would vote for in the city’s mayoral election. Of those, 27 chose Castor and 24 chose Straz.

While the overall number of responses was low, it’s surprising the internal poll did not show broader support for the officers’ former chief.

“We are very confident in the support Jane receives not only in the PBA, but in the city of Tampa,” her campaign offered in a statement.

The PBA did not respond to a message asking to confirm the poll, but an officer who asked not to be named confirmed its authenticity.

Of those who responded to the poll, 88 percent indicated they did not live in the city of Tampa, but 65 percent said they had friends or family who did and whose vote could be influenced by the PBA’s endorsement.

The PBA email also included results from an external poll. The email claims the group, at the suggestion of the Florida PBA, commissioned a poll from a Tallahassee-based firm, but did not specify which firm.

Those results show Castor with a considerable lead in a six-way race that excludes small business consultant Topher Morrison. The email didn’t divulge when the poll was conducted or how many responses there were. It also does not include methodology.

Still, the results show 35 percent of respondents indicating support for Castor with Straz coming in second at 12 percent. Castor’s campaign said that lead is a testament to support they are finding throughout the city. Ed Turanchik was just behind with 10 percent support followed by Harry Cohen with 8 percent, Mike Suarez with 6 percent and Dick Greco Jr. with 4 percent. Another 25 percent of respondents were undecided.

That same poll showed favorability ratings also in Castor’s favor with 43 percent having a positive opinion of the former chief. Cohen’s favorability landed at 20 percent with Straz just behind at 18 percent and Turanchik at 17 percent.

The email containing the internal and external poll results explained the group’s process for choosing a candidate to endorse.

The email said PBA leaders started the process by building relationships with likely candidates as far back as a year and a half ago.

They build an 11-member committee to attend events, meetings and events to learn more about candidates. Candidates were also invited to speak at the group’s meetings.

Ultimately, ten of those members voted on who to endorse with nine voting to endorse Castor.