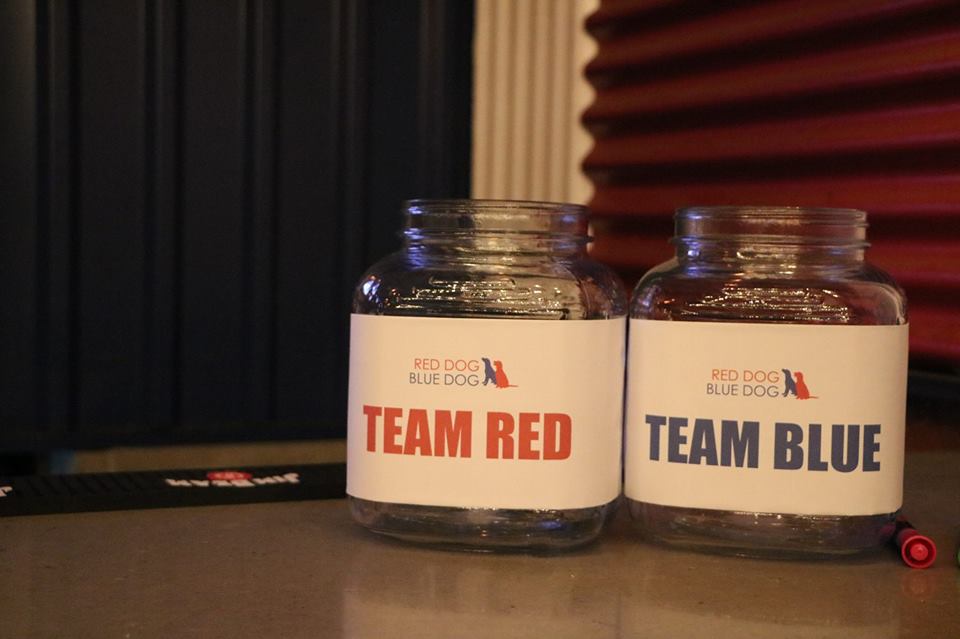 Event organizers to help dogs by bringing bartenders from different parties together.

Imagine a less divided world where politicians from both parties meet in a bar just to share a few drinks. Or even pour out a couple of rounds for the house.

That seeming fantasy becomes reality once again at the annual Red Dog Blue Dog Celebrity Bartender Event in Tallahassee. The March 12 event will bring teams of Republican and Democratic bartenders behind the bar 6-9 p.m. at Township, 619 S. Woodward Ave.

The heady dream remains to raise thousands for the distinctly bipartisan cause of boosting animal shelter budgets in the Tallahassee area.

Florida Politics got the scoop on high-profile bartenders mixing things up this year.

“We have influential lawmakers from both sides of the aisle,” said Sara Clements, event spokesperson. “They’re not being paid. They’re not getting anything out of it other than hopefully a positive experience.”

In just five years, the liquor-sloshing event has become a popular tradition in Florida’s capital.

It started in 2014 when a group of politically connected dog lovers asked one evening over drinks at Andrew’s how to capitalize on the massive influx of lawmakers and lobbyists into town for the Session each year.

The top idea? Guest bartenders. Why not have a bunch of folks whose livelihood depends on their name recognition attract patrons to a charitable fundraiser?

Five years ago, Republican Matt Gaetz and Democrat Alan Williams took their spots behind the bar. Gaetz, then a state House member, won the competition and teased Williams on the House floor the next day.

The jovial tradition took off from there. The event the next year adopted the three-person team format in use since then. Young, Passidomo, Taddeo, Davis and Jenne all participated last year.

With four-person teams, the opportunity to fill more glasses with drinks and donations only grows.

“These are people who have a lot of important things they could be doing and important people they could spend time,” Clements said.

But the prominent lineup pays dividends for the doggies in Tallahassee.

Last year, the bartending event raised more than $7,000 for the nonprofits. And every year since the event first launched the tally has gone up. And the event now attracts 200 to 300 people with open checkbooks and a thirst for bipartisan brews.

Sponsorships for this year’s event remain available starting at $250 and running up to $2,500, Clements said. Organizers hope to have another record-setting year on tap.

Most of all, all involved say the event can help water down the bitter divides in modern politics.

“With an ever-increasing hostile political environment,” Clements said, “it’s nice to have something that’s fun.”

Can’t make it in person? Make your tax-deductible donation online at reddogbluedog.org.