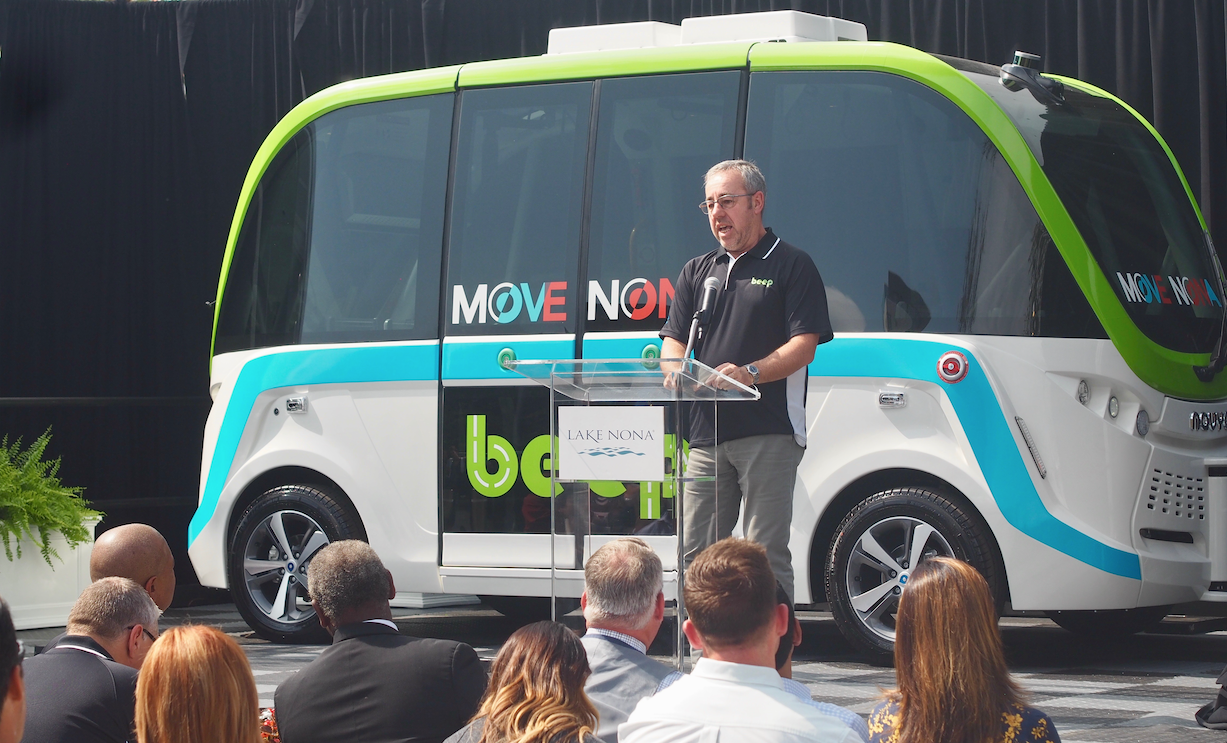 The first two driverless shuttle buses are expected to start operating this spring.

The 17-square-mile Lake Nona community is being designed, developed, and marketed as a high-tech city within the city of Orlando, and now two companies, Beep and NAVYA, will be making it one of the first in the United States to include driverless transportation. Beep also announced it would establish its corporate headquarters in Lake Nona.

The first two driverless shuttles, run by computer, are expected to start operating this spring. The route has not yet been determined. NAVYA is providing the shuttles and Beep the software. They can hold up to 15 people, including an attendant, and travel at up to 16 mph.

Lake Nona, which is beginning to boom after a slow start 10 years ago, exemplifies both the possibilities and challenges of smart growth. The community is being carefully planned to incorporate 21st century technologies and smart growth within it. Yet it’s also far outside the urban core of the Orlando area, in some ways the kind of sprawl that some urban planners charge taxes regional transportation infrastructures. After the U.S. Veterans Administration Medical Center opened there in 2014 county officials pushed hard to get LYNX bus service extended into the area to carry veterans. There also has been talk of a rail connection to Orlando International Airport and the region’s SunRail commuter rail system.

“As we look to address the region’s multi-modal transportation network, we in Orange County are refocusing our transportation planning towards enhancing transit through smart growth and on sustainable mobiloity,” Demings said. “Central Florida is working to build our existing transit assets including SunRail and LYNX. We want autonomous vehicles to be a part of that.”