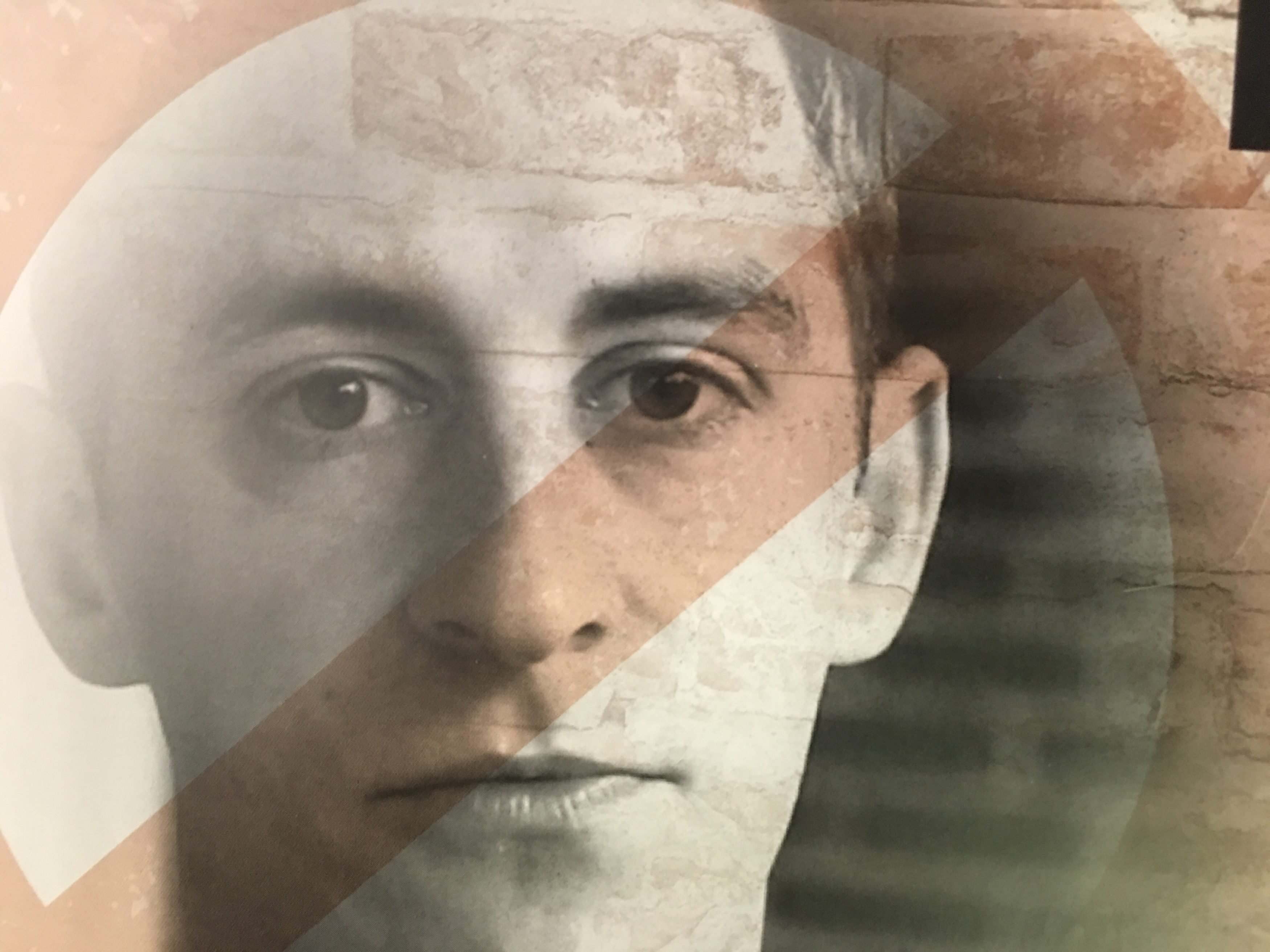 The Jacksonville City Council District 14 race has been issue-driven, but oppo is starting to fly as votes are being cast.

The race in Jacksonville City Council District 14 is that all-too-rare contest where more than one candidate is competent to serve.

To date, the race has been issue-driven, but a mailer from a state-level political committee (Florida Shining) represents an important shift.

Early voting starts Monday, and the first election is three weeks from Tuesday, so it’s on schedule.

For one thing, the mailer is the first real personal attack levied in the contest; for another, the attacks are directed at candidates from both the Republican and Democratic parties.

One side of the mailpiece attacks “liberal Democrat” Jimmy Peluso.

“Now he wants to bring his liberal agenda to Jacksonville City Hall,” the mailer states.

The reverse side of the mailer targets a Republican: “wannabe career politician” Henry Mooneyhan.

Mooneyhan has “been delinquent on his property taxes eight times” and was “sued by American Express over $16.4k in unpaid debts.”

Peluso and Mooneyhan, per the document, are “two liberals the city of Jacksonville can’t afford.”

An irony: Mooneyhan’s lead consultant, Raymond Johnson, is often a go-to hire for social conservative candidates on a budget. Johnson was among the leading voices in opposition to expansion of Jacksonville’s Human Rights Ordinance to include the LGBT community.

However, the bet from Florida Shining, a political committee based in Newberry, is that such nuance will be lost on Republicans checking their mailboxes.

Florida Shining‘s funding is murky, even for the world of state-level “blinder” committees.

The Newberry address is close to the statewide headquarters of Data Targeting, the Republican campaign firm doing a lot of work throughout the state, including in Jacksonville.

And Data Targeting, which has three researchers in Jacksonville, has invoiced the committee: $30,000 for consulting.

Data Targeting and Mayor Lenny Curry do have a candidate in the field.

Republican Randy DeFoor, in a race that looks likely to go past the March first election to a May runoff, reported Friday that her campaign had raised over $200,000 in hard money, with $5,350 brought in between 2/9 and 2/15.

DeFoor has roughly $145,000 in hard money, and an additional $26,000 in her Safe and Prosperous Jacksonville political committee.

In second and third place in fundraising: two Democrats.

Ironically, the targets of the mailer are in the worst positions financially.

It seems DeFoor, or forces friendly to her, want the runoff against Gettinger.

We may not find out why for some weeks, however. 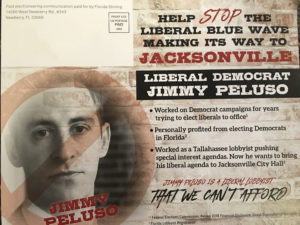 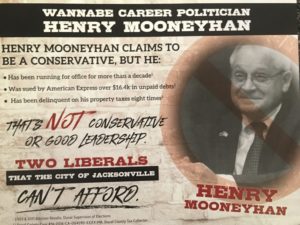