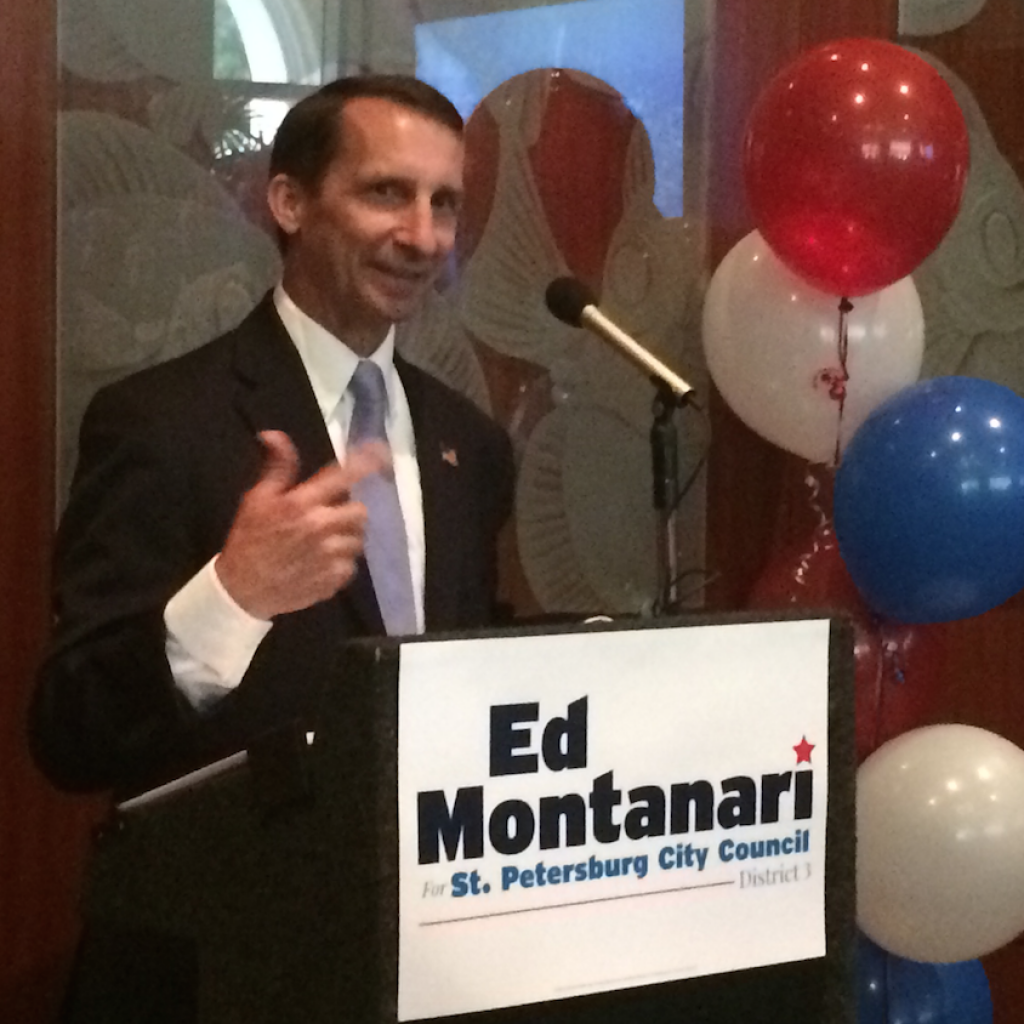 “We’ve accomplished so much together these past four years and I can tell you, we’re just getting started,” Montanari said. “I’m committed to continue leading on the important issues facing St. Petersburg and will always work together to make our community an even better place to live, work and raise a family.”

Montanari was first elected unopposed in 2015. He’s currently the Vice Chair of City Council and chairs the Budget, Finance and Taxation and Legislative Affairs and Intergovernmental Relations committees.

No one has filed yet to challenge Montanari for his district, which covers parts of the northeast including Shore Acres.

Montanari is looking toward the future of St. Pete during a second term if elected. The city has several high profile challenges and opportunities facing it.

“We are a city on the move and we, just like the state, are growing rapidly,” he said.

That means the city needs to ensure its ready for what Montanari estimated is an additional 2,400 people moving to the city each year.

The city continues to grapple with an aging sewer system that is over capacity during heavy rains and will only become increasingly burdened as the population increases. Montanari said he plans to continue his leadership style of consensus-building to address the issue.

“I hope it will work,” he said. “But you’re removing a lane from one of the city’s busiest East/West corridors.”

Montanari said he spoke with the city’s transportation director, Evan Mory, about his concerns and was told the project will also re-time the traffic lights, which could actually increase service along the corridor for private vehicle drivers.

Still, Montanari wants to make sure all voices are heard in the question moving forward as it pertains to the current administration’s emphasis on building Complete Streets. The concept increases pedestrian and bicycle access to roads. A recent project along Martin Luther King Jr. Boulevard removed a travel lane for cars along some portions of the road, which sparked controversy among some business owners who worried they would lose business if their storefronts were less accessible to drivers.

Montanari said he’s not opposed to Complete Streets, and he rejects the notion that you’re either for them or against them. To him, it’s just about balancing the needs and finding solutions that work for everyone.

Another issue Montanari is looking forward to tackling is the 81-acre Tropicana Field site. The property represents a huge opportunity for St. Pete to develop as most of the city is already fully built out.

Montanari said he would like to see a plan for the site that utilizes Booker Creek for some sort of green space while also providing new jobs and housing. But, a lot of that planning will depend on whether or not the Tampa Bay Rays stay or leave the city. That decision is still one of the city’s biggest what-ifs.

The city already has a master plan for the site that includes a new baseball stadium should the Rays decide to stay and the group behind that plan that could be easily translated to a plan that doesn’t include a stadium.

Still, the debate about how to develop such a huge plot of urban land is likely to be heated as residents, particularly those who were displaced from the area when the stadium was first built three decades ago, battle over how to ensure new development benefits communities to the south and not just downtown.

Montanari said he will also continue supporting the Chamber of Commerce’s Grow Smarter Strategy that prioritizes growth in targeted sectors like the arts and technology. He’s also looking forward to working on the city’s Vision 2050 plan that will create a comprehensive overview of how the city wants to grow over the next 30 years.

“I get from time to time people wondering, why do we keep building so many high rises,” Montanari said.

The Vision 2050 plan, he said, would give the city an opportunity to outline whether it wants to continue growing through high rise condos or if that’s not what the city wants for its future. That process will also include potential suggestions for historic preservation and land use codes to ensure the city is protecting its unique culture.