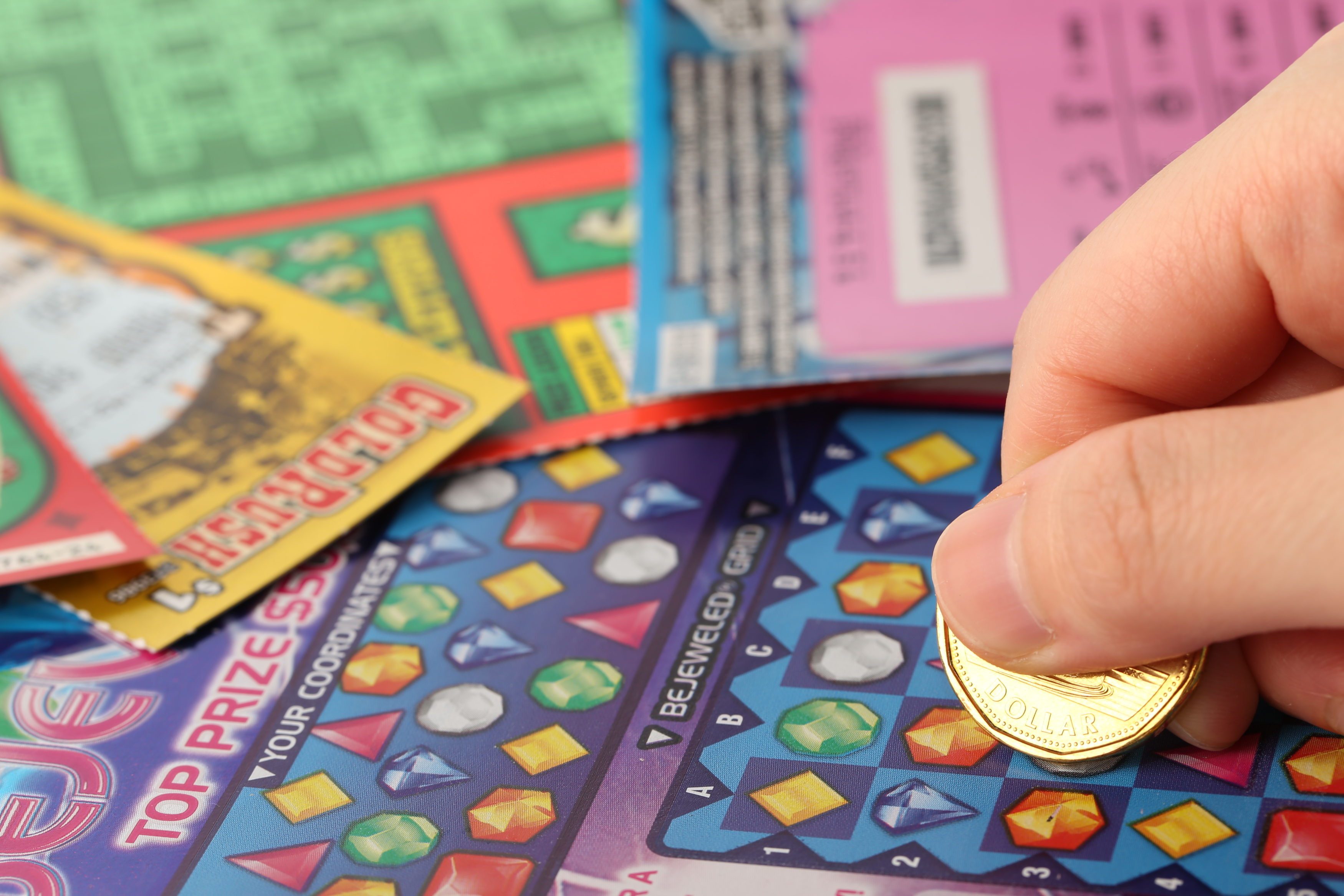 Labels would remind players scratch-offs are a form of gambling.

The Senate shortened a potential warning label on Florida Lottery tickets during discussion of a bill Wednesday.

But the chamber continues to wrestle with potential losses in education funding that may come with discouraging gambling. Lottery proceeds benefit the state’s Educational Enhancement Trust Fund, which helps pay for public education.

Sen. Rob Bradley took up the House version, which was OK’d in the Senate Rules Committee last week. But Lottery officials at the time objected strongly to a lengthy warning label on tickets.

So the Fleming Island Republican offered an amendment on the Senate floor to shorten it.

The warning read: “WARNING: PLAYING A LOTTERY GAME CONSTITUTES GAMBLING AND MAY LEAD TO ADDICTION AND/OR COMPULSIVE BEHAVIOR. THE CHANCES OF WINNING A BIG PRIZE ARE VERY LOW.”

In contrast, the new label says one of two things: “WARNING: LOTTERY GAMES MAY BE ADDICTIVE” or just “PLAY RESPONSIBLY.”

It’s unclear, however, if the new warnings will similarly affect Lottery sales.

Florida Lottery Secretary Jim Poppell had objected to a label based on revenue estimates figuring education payouts could be slashed by $64 million in the first full year. But Bradley said the shorter warnings proposed by the Senate should mitigate some of the financial shortfall.

Bradley, though, has questioned whether Florida’s education system should rely so heavily on, among other players, gambling addicts.

If someone reads that Lottery tickets may feed an addiction and decides not to buy, “that’s a good outcome for society,” he argued.

Sen. Darryl Rouson, a St. Petersburg Democrat, questioned if warnings could direct anyone toward necessary help.

Warnings and marketing materials won’t do that based on the proposed statute. However, Poppell noted in Rules Committee testimony that all lottery tickets already have the gambling addiction hotline number — 1-888-ADMIT-IT — printed on them.

The Senate also moved forward with an amendment removing any language from the House bill involving electronic sales of tickets.

That was OK with Rep. Will Robinson, the House sponsor. In fact, the Bradenton Republican said both amendments were “friendly.”

Technology limits appear to be a non-starter in the Senate. As for the warning label change, Robinson hopes that calms alarm from officials about lost revenue.

“The shorter warning, while still being effective, would mitigate those concerns,” Robinson said.

Bradley said he proposed shortening the warning message to assuage concerns from other senators “who think that the language is too much.”

More is known about addiction than when the lottery was created more than three decades ago, Bradley said.

“This is a government-run gaming operation. That’s what it is,” he said, adding the warning gives the state an opportunity to create a “balanced message where we want people to know, we want you to play but this is not gaming light.”

But, he insisted, the warning is necessary.

Earlier in the day, Poppell asked Senate Democrats to vote against the measure, which he said “doesn’t tell people what they need.”

The proposal not only requires a warning label on tickets “but a warning label that would have to be on just about everything that could be construed as promoting the lottery,” Poppell said.

“That would be vending machines, play stations where you get your paper to bubble in the numbers, on every sign, on every advertisement — radio, television, social media, what have you,” Poppell said.

In his remarks to the Senate Democrats, Poppell said the Florida Lottery “has worked very hard” to receive certification by the National Council on Problem Gambling.

“They looked at everything,” he said, “and certified that we are acting in a responsible manner.”

Lottery tickets already are printed with a hotline number for addicted gamblers to get help, Poppell said.

“This is what we learned is the most important thing we can do,” he said. “It isn’t just a warning label on the ticket. It is this message on everything. And it has to be prominently displayed. So our retailers are expressing concern.”

The bill likely will be voted on Thursday and sent back to the House.

Notably, Gov. Rick Scott in 2017 vetoed a similar bill passed by the Legislature.

Sen. Bill Montford, a Tallahassee Democrat, said he went into Rules with concerns about losing revenue. But he has felt compelled by Bradley’s arguments.

“Do we really want to place funding of education on the backs of gamblers, or do we want to do it another way?” Montford said. “When we advertise about billions and billions going to education, it’s worth considering if we are addicted to that money.”

The Florida Lottery’s annual sales have grown to more than $6 billion since tickets first went on sale in 1988. The money is used to help fund the state’s education system, including Bright Futures scholarships.

Jacob Ogles has covered politics in Florida since 2000 for regional outlets including SRQ Magazine in Sarasota, The News-Press in Fort Myers and The Daily Commercial in Leesburg. His work has appeared nationally in The Advocate, Wired and other publications. Events like SRQ’s Where The Votes Are workshops made Ogles one of Southwest Florida’s most respected political analysts, and outlets like WWSB ABC 7 and WSRQ Sarasota have featured his insights. He can be reached at [email protected].

previousLee Mangold files for another shot at HD 28