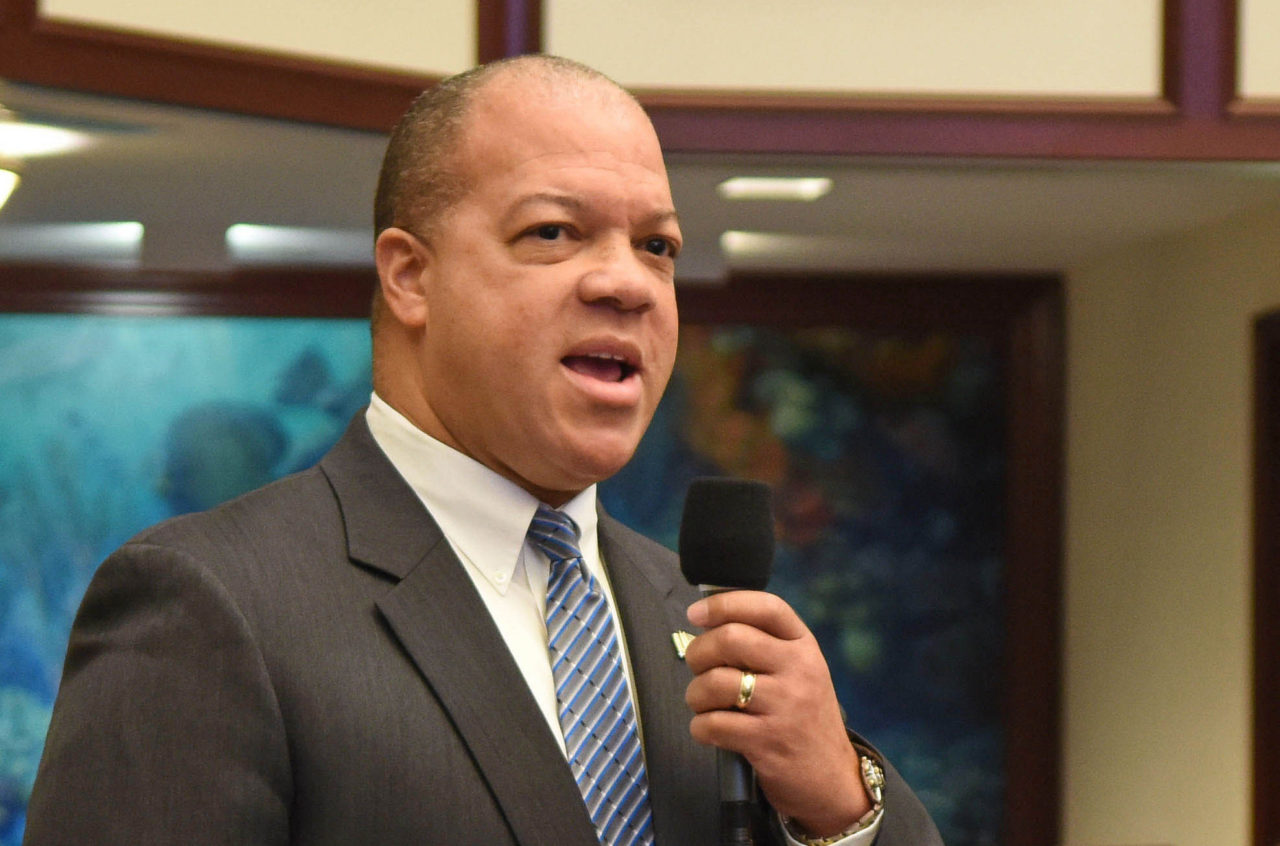 "I deeply regret how the tone ... was received at this event."

State Rep. Mike Hill has released a statement including an apology, in which the Republican lawmaker said he “deeply regretted” an incident two weeks ago in how he responded to a constituent’s joking request for legislation to execute gay people.

But his apology was not for his chuckling along with the suggestion, but for not correcting the man who brought it up after he incorrectly cited the Bible.

Hill, however, did express regrets for “how the tone of (his) response to a constituent was received.” And he added that he believes “no matter one’s race, sexual orientation, religious affiliation, economic status or otherwise, all lives are created equal in the image of God.”

The statement came through Pensacola conservative radio talk show host Burnie Thompson. Thompson, who has repeatedly defended Hill on his show against critics that include House Republican leadership, read Hill’s statement on the air Tuesday evening.

Thompson told listeners of “The Burnie Thompson Show” they were the first to hear Hill’s statement.

The statement is a stark turn from Hill’s initial response, largely through tweets, declaring that the whole incident was “fake news,” and charging that liberals and the media were going after him because he had been pushing an anti-abortion bill.

After returning from Israel, where he was when the controversy first broke, Republican Gov. Ron DeSantis said Tuesday he sided with Oliva and Sprowls. That was during a media availability after a Florida Cabinet meeting in the Capitol.

The statement, as read by Thompson, begins by setting the stage for Hill’s controversial response at an event two weeks ago:

“As everyone already knows, I am a Bible-believing Christian. I’m publishing this news release to address the controversy that arose over a question recently asked at an event sponsored by Women for Responsible Legislation in Pensacola.

“Specifically, one man — that I never met — said, in the Bible, in 1 Corinthians, that it calls for a man having an affair with another man to be put to death.

“If the man was referring to 1 Corinthian’s 6:9-10, that text says nothing about anyone being put to death. It simply states people who practice various sins shall not inherit the kingdom of God,” he said.

Hill’s statement does not specifically describe his response at that event.

In an audio recording obtained and posted by the Pensacola News Journal, Hill’s first response to the man was to say, “It says that in the Old Testament, too.”

Then someone else asks if he could introduce legislation. Hill joins in on a chuckle, and says, “I wonder how that would go over?”

In the statement read by Thompson, Hill apologized for not telling the man at the event that he was wrong about the text he cited. But Hill did not mention or apologize for referring the man to another text that supported his position.

“I apologize for not directly responding to the fact that the premise for this question was inaccurate,” Hill said in the statement.

“I deeply regret how the tone of my response to a constituent was received at this event,” he added. “I believe that no matter one’s race, sexual orientation, religious affiliation, economic status or otherwise, that all lives are created equal in the image of God.

“I served in the U.S. Air Force to protect the many freedoms we have in the United States for all Americans,” according to the statement, as read by Thompson.

There was no word yet early Wednesday whether the apology would satisfy Gruters, Oliva and Sprowls, who is set to succeed Oliva as House Speaker in 2020-22.

It’s not likely to satisfy Smith, who has been in a Twitter battle with Hill for several days.

Initially, Smith had sought an apology. But after none came over the weekend, he tweeted, “Still no sign of remorse. NO condemnation of stoning gays. No apology to LGBTQ Floridians.

On Wednesday, Smith called it a “weird non-apology.”

“But that’s what we knew we were going to get after five days of doubling down and even saying Speaker Oliva needed to apologize to him,” Smith told Florida Politics. “There’s no apology to his colleagues, no apology to the House, no apology to the LGBTQ community … Is this the only thing we can get for joking about executing gays?”

Updated 10:30 a.m. — Hill on Wednesday tweeted a link to a column supporting him written by a former Department of Corrections staff attorney, who resigned “after being put under disciplinary review for derogatory comments he made about black people.”

Eric Giunta, in a post for the right-wing RenewAmerica.com, wrote that Hill “deserves a strong show of support by his colleagues and an apology from Republican leadership.”

“Not a single person honestly believes that Hill is contemplating sponsorship of legislation to put homosexuals to death,” he added. “Everyone knows that the real target of this latest brouhaha isn’t this utterly un-newsworthy incident, but any opposition whatsoever to the LGBT political agenda …”

In April, Giunta posted on a theologian’s Facebook page that “black people need to stop raping, murdering, stealing, and vandalizing, and quit having children out of wedlock. That’s how literally every other once-despised ethnic group broke the cycle and entered into the middle-class mainstream.”

That was in reaction to a video about systemic racism, according to the Tallahassee Democrat.