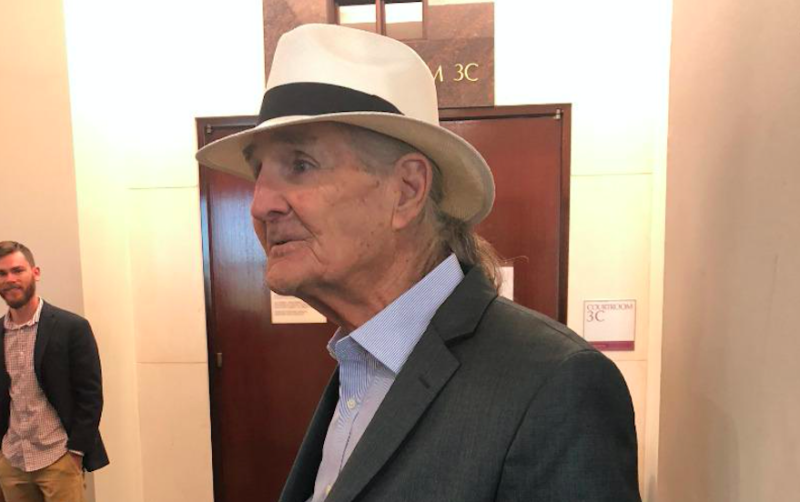 Prominent Tampa strip club owner Joe Redner is asking the Florida Supreme Court to reverse a lower-court ruling barring him from growing his own medical marijuana.

The notice, as usual, does not offer argument but says the 1st District Court of Appeal’s decision “expressly construes a provision of the state constitution. The decision also expressly and directly conflicts with Supreme Court of Florida precedent.”

The 1st District last month declined to reconsider the decision or to itself send the case to the Supreme Court as a “question of great public importance.”

Redner’s doctor ordered a juicing treatment that uses live marijuana plants to prevent a reoccurance of stage 4 lung cancer, according to court documents.

Emulsification, or juicing, of the “biomass of the marijuana plant” was determined to be “the most effective way” for Redner “to get the benefit of medical marijuana,” Gievers decided.

The lawsuit was based on a 2016 constitutional amendment that generally legalized medical marijuana. But, the April ruling said, “the term ‘use’ is not defined by the amendment.

“However, it is clear, when one examines the entire amendment, that ‘use’ does not mean ‘grow’ or ‘process,’ as Mr. Redner argues,” it added.

The panel included Judge T. Kent Wetherell II, whose nomination by President Donald Trump for a federal judgeship in north Florida is pending with the U.S. Senate. The other judges are Scott Makar and Associate Judge Monica Brasington.

Brasington is a circuit judge in the 8th Judicial Circuit, made up of Alachua, Baker, Bradford, Gilchrist, Levy and Union counties. Circuit judges can temporarily sit as appellate judges on individual cases by designation of the district’s chief judge.

A request for comment is pending with the Department of Health, which regulates the drug through its Office of Medical Marijuana Use.

previousFlorida oceans and coasts strategic plan to be developed