AT&T Florida has filed a federal complaint against Florida Power & Light (FPL), saying it’s paying too much rent for its equipment on the electric utility’s poles in the state.

A copy of the amended complaint, with financial information blacked out, was filed July 12 with the Federal Communications Commission (FCC).

Instead, AT&T said it “continue(s) to pay excessive and ever-increasing rates on over 425,000 poles.”

The telecommunications company alleges its competitors are paying less, but “FPL (has) refused to discuss a new rate for AT&T, let alone provide AT&T access to its new telecom rates or data supporting them.”

The utility also is playing hardball: “It has increased the operational pressure on AT&T — claiming trespass and demanding that AT&T must remove (equipment) from FPL’s poles — because AT&T deigned to question the legal and contractual justification for FPL’s rates.”

The complaint asked the FCC to enforce a presumably lower rate “to stop such gamesmanship.”

“Doing so will alert the industry that the Commission … will not countenance tactics like FPL’s, which serve only to delay rate relief and thwart deployment,” it said.

A request for comment to FPL is pending as of Tuesday afternoon.

“America closes the doors to asylum-seekers from the South” via The Economist.

“What second-quarter fundraising can tell us about 2020” via FiveThirtyEight.

“Am I an American?” via The Atlantic.

“Climate change: Florida should prepare for months of 105 heat index temps” via the Palm Beach Post.

“George Takei wants to make sure America doesn’t forget a shameful legacy” via The Washington Post.

“How moon-landing tapes found in a $218 batch could fetch $1 million” via The New York Times. 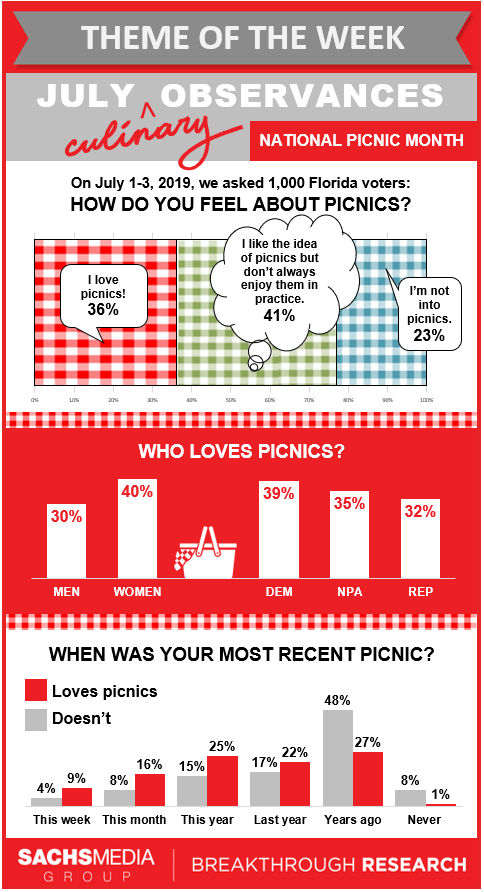