Republican state Rep. Will Robinson will hold a reelection fundraiser in Bradenton next month.

To earn the seat, Robinson went up against Democratic nominee Tracy Pratt in November. He vastly outraised Pratt and scored a double-digit win on Election Day.

As of June 30, Robinson has raised $18,150 in campaign cash and has $12,750 in the bank. He also started a political committee earlier this year, Keep Florida Moving Forward.

Since February, the PAC has raised and spent about $8,000, mostly for consulting work from Florida Finance Strategies. The committee has about $250 on hand.

So far, no challengers have emerged for the 2020 cycle.

HD 71 covers most of the Manatee County coastline as well as a small strip of coastal Sarasota County. It has a strong Republican advantage.

Republicans make up 42 percent of the HD 71 electorate compared to a 32 percent share for Democrats. 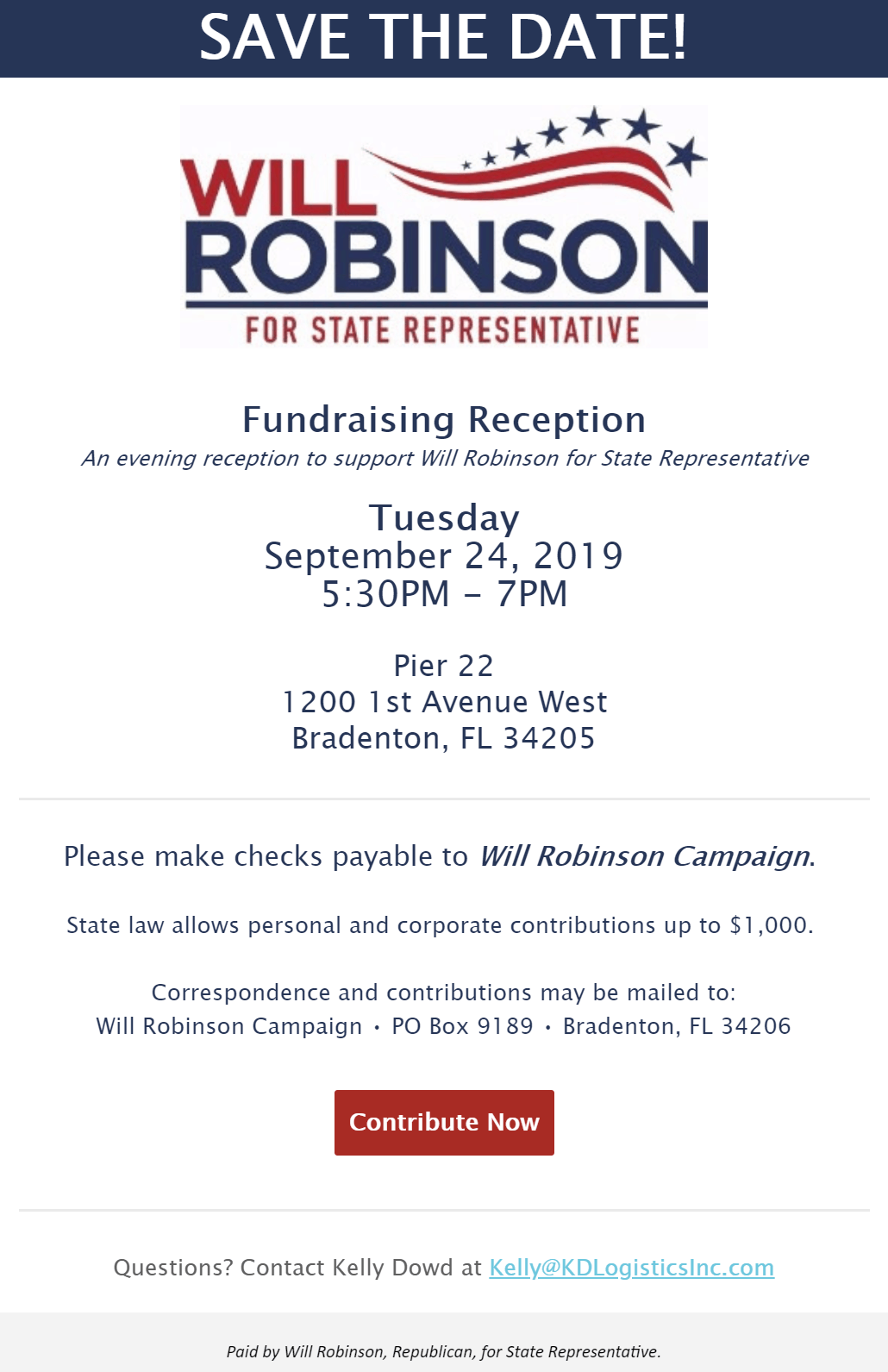