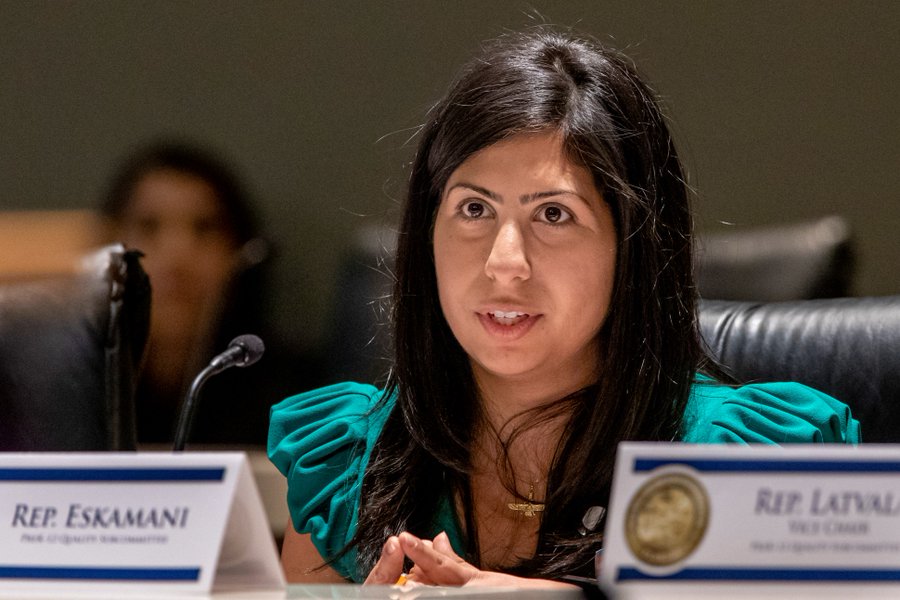 “Although they were purchased carefully, honestly, and fairly, the Peruvian government has not resolved the debts they owe to U.S. investors"

State Rep. Anna Eskamani has joined the effort to get Peru to pay up on its bond debts, which have put hundreds of pensions across the country at risk.

Peruvian land bonds make up a sizable chunk of the investment portfolios for pensions across the country, including those for Central Florida police, firefighters and other public servants.

Between 1969 and 1982, Peru’s communist military government, expropriated approximately 23 million acres of land with a current value of $42.4 billion. As compensation, landholders were issued Agrarian Reform Bonds.

Yet the South American nation has missed billions of dollars’ worth of payments thanks to a forged court decision and an ensuing administrative decree from the Peruvian Ministry of Economy and Finance which purports to offer bondholders compensation but in reality has a near-zero yield.

In response, Eskamani, an Orlando Democrat, sent a letter to U.S. Sens. Marco Rubio and Rick Scott asking them to bring the matter to the attention of the U.S. State Department and Peruvian government.

In his letter, Asencio said, “We can’t allow countries to get away with defaulting on their debts, especially when it hurts Florida families. As elected officials, it is our responsibility to see that promises to Americans are kept and we can use the power of bilateral trade deals with Peru to hold President [Martin] Vizcarra accountable.” 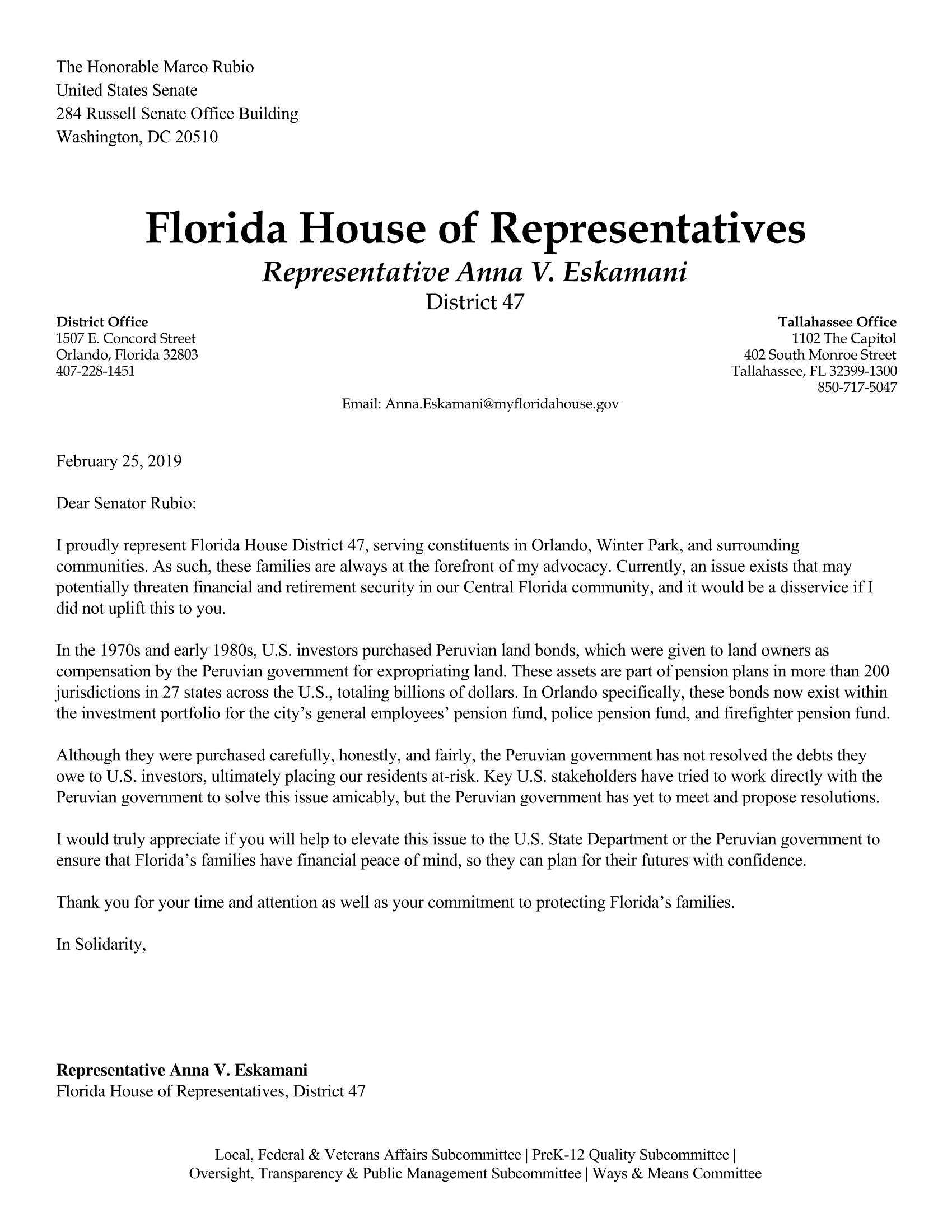