The next three House Democratic leaders are hosting a fundraiser for Tant Monday night.

The event will be held at the Governor’s Club starting at 5:00 p.m. Democratic Reps. Ben Diamond, Bobby Dubose and Evan Jenne are listed as the hosts.

Dubose and Jenne are set to co-lead House Democratic following the 2020 elections while Diamond is slated to take over as Minority Leader in 2022.

The minimum suggested donation listed on the invite is $1,000 to Tant’s campaign and political committee, People First Leadership. Supporters looking to attend the event are encouraged to RSVP.

The fundraiser announcement came alongside an endorsement from Diamond, who represents the St. Petersburg-based House District 68.

“I am proud to endorse my friend Allison Tant for state representative,” he said in a news release. “Allison will be a great advocate for her community in the Florida House. She will also be a determined, engaged and compassionate leader for our state. I am excited to work with her on her campaign, and will be privileged to serve with her.”

Tant, a former chair of the Florida Democratic Party, is running to succeed Democratic Rep. Loranne Ausley in House District 9. Ausley is vacating the seat early to run for Senate District 3.

“I’m thankful to have the support of such a strong legislator and a dear friend,” Tant said. “Rep. Diamond has been a champion for all Floridians from the minute he was elected to the Florida House and I’m excited to partner with him to advance a meaningful agenda that puts public education first and protects our consumers.”

Her lone opponent is fellow Tallahassee Democrat Arnitta Jane Grice-Walker, who challenged Ausley in the 2016 Democratic primary. She received 12 percent of the vote in that race.

Since entering the race in late July, Grice-Walker has raised just $50.

HD 9 covers the bulk of Leon County and has a has a built-in advantage for Democrats. About 46 percent of HD 9’s registered voters are Democrats compared to a 35 percent share for Republicans.

Ausley won the seat by 12 points in 2016 and went unopposed last cycle. 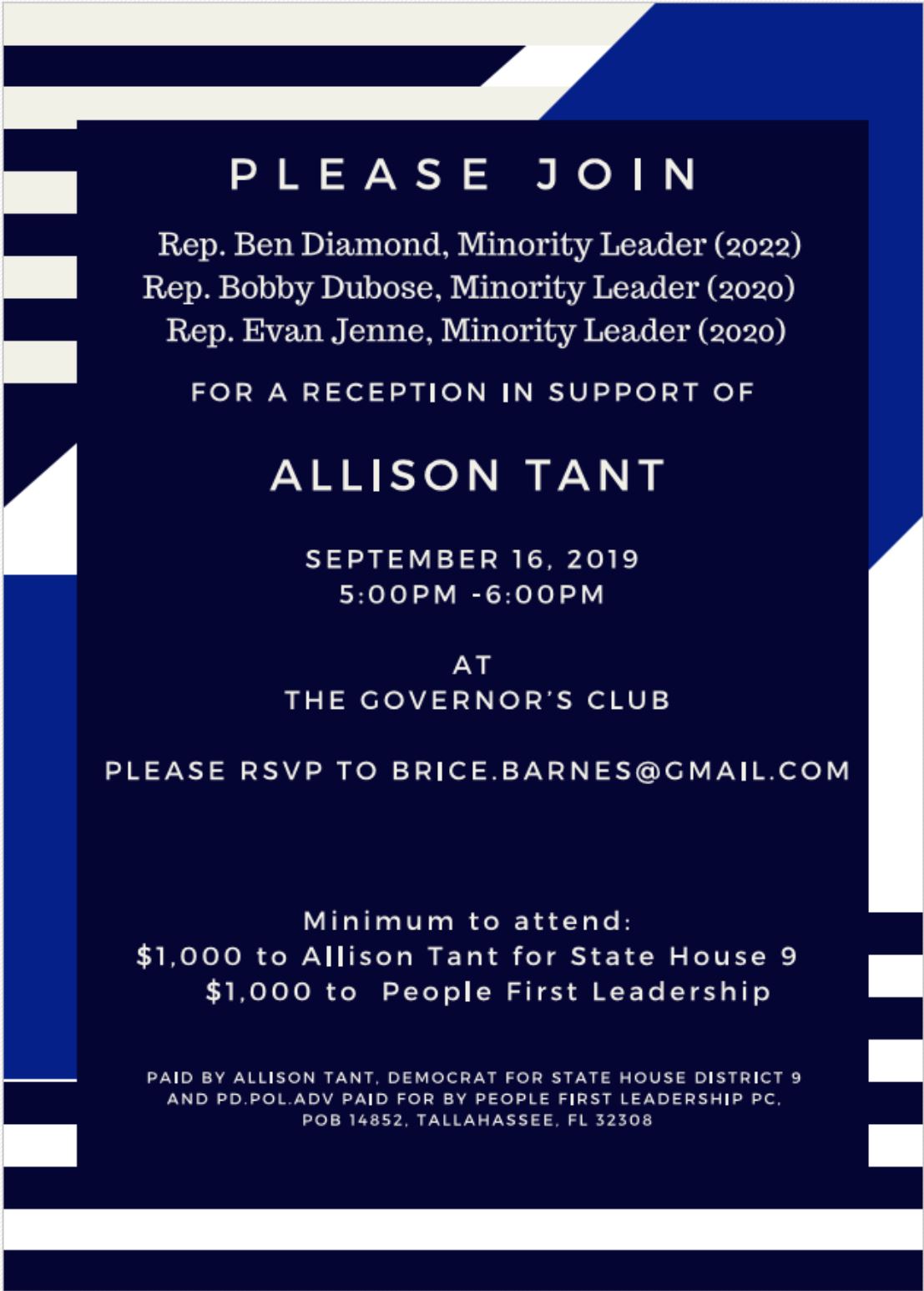