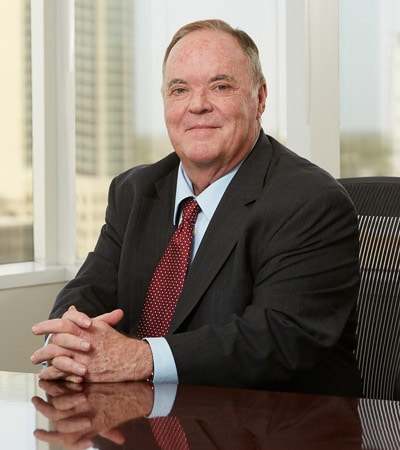 The race to be Hillsborough County’s next tax collector will one of the most intriguing contests on the 2020 election ballot. I never thought I would write that sentence, and Doug Belden is the reason why.

Belden, a Republican, ran the department well since 1998, and voters kept re-electing him. That’s noteworthy because there are about 50,000 more registered Democrats in Hillsborough. But Belden didn’t give voters much reason for concern.

That changed, though, when Belden announced last week that he would not seek a sixth term. Suddenly, a race that has been ho-hum should have an abundance of sizzle.

Former School Board member April Griffin already announced she would run, and you can bet she won’t be the last.

In many ways, this is an ideal job for someone looking to run a high-profile office.

The gig pays about $168,000 a year, and the person who takes over shouldn’t have to do much heavy lifting. Belden is leaving the department in good shape. On his watch, the department received several big awards for efficiency, leadership, and customer service, and has avoided bad headlines.

Belden planned to run one more time but decided against it because of poor health. The Tampa Bay Times reported he has a neurological disorder called CIDP.

It’s a progressive and degenerative disease attacks the central nervous system. It affects balance, strength, and feeling in his arms and hands. That’s on top of five major back surgeries in the last seven years and three leg operations.

Griffin’s entry into the race was an eyebrow-raiser at first, mostly because she never talked about something like this. Being a school board member, as Griffin was for 12 years, is not like overseeing a large county agency. Opponents will try to make that point.

But Griffin is smart, tough, and can be a disruptor if she believes the status quo needs a good shaking. That made her a target of establishment leaders, but it also made her popular with regular folks who believed she had their back.

Griffin, remember, led the charge that resulted in the School Board firing Superintendent MaryEllen Elia. Local leaders were dismayed and promised revenge at the ballot box, but Griffin won re-election with 65 percent of the vote against a strong opponent.

No other candidate has declared for the job, but you can bet a lot of people are considering their options. It’s an attractive office. This is just speculation, but someone like former County Commissioner Kevin Beckner would be an interesting candidate.

Current Commissioner Sandra Murman had planned to run for the Clerk of Courts, but probably won’t. Tax Collector could be something for her to think consider.

We can say one thing without fear of being wrong, though. It’s been a long time since we had to think about a race for this office. It will be an interesting scrum.