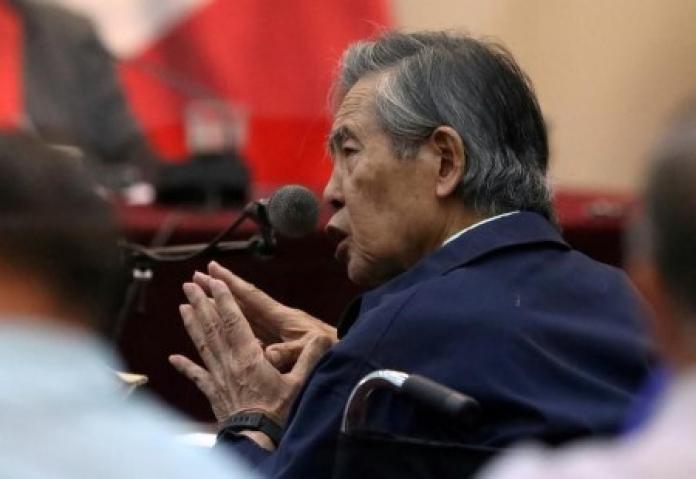 “Congress is unpopular and by having a majority of seats we assumed a political liability."

The gamble paid off. Vizcarra has emerged as the showdown’s survivor and has dealt his political nemesis a blow not seen in 20 years, when Alberto Fujimori resigned the presidency via fax from Japan amid a ballooning graft scandal.

In legislative elections on Sunday, Popular Force, the party of Fujimori and his daughter, Keiko Fujimori, which had held an unbreakable majority, gained an estimated 12 seats in the 130-seat chamber — down from 73.

“It is a stunning defeat,” said Fernando Tuesta, a political scientist at Peru’s Catholic University.

The blow puts in doubt the future of a political movement that has shaped almost every aspect of Peruvian life and the country’s economy for 30 years, even as the copper-rich country prepares for next year’s presidential election.

But while Vizcarra has rid himself of a key rival, he remains a lone wolf in a fractured Congress where he has no direct party representation. He has a package of reforms on the table — from how top judges are elected to stripping lawmakers of immunity against criminal investigations — but it is unclear how much support he will be able to rack up.

Inside Popular Force, the party leadership tried to portray the election result as just another cycle against its movement, and pledged to bounce back.

“Any other party that faced the persecution we have faced would have disappeared,” Luis Galarreta, Popular Force’s secretary-general and a former president of Congress, told Reuters in an interview. “This is not the first time that our party goes through a difficult situation.”

Peruvian politics have been dogged by corruption for years. The last four of Peru’s elected presidents have been ordered to serve jail time. Keiko Fujimori herself was imprisoned until recently on money laundering allegations, with investigation against her ongoing. She denies any wrongdoing.

Galarreta acknowledged that the party’s aggressive opposition to Vizcarra — who gained increasing popularity with his battle with Congress — harmed the party’s popularity, though he argued this was inevitable.

“Congress is unpopular and by having a majority of seats we assumed a political liability,” he said.

But Galarreta said it is time to refocus the party on its roots and the legacy of Fujimori’s presidency.

An engineer, Alberto Fujimori ran the country for a decade in the 1990s and was praised for reviving the economy, but his administration was dogged by accusations of bribery and excessive use of violence in efforts to curb anti-government violence. He is now serving a 25-year sentence for human rights violations.

After his demise Keiko and younger brother, Kenji, shot to prominence on the back of the family name, wielding huge power in the Andean nation of over 30 million people. Kenji became the most voted congressman in 2006 and Keiko lost the presidency in 2016 by a margin of just 0.24%.

But the most recent election shows how their influence has gone bust, all while the two siblings remain publicly estranged.

“Popular Force cannot aspire to the 2021 presidential election,” Melendez said. “I think it should look at 2026, or even 2031 onward. The sensation of a chaos is still too fresh.”

Republished with permission of Reuters.