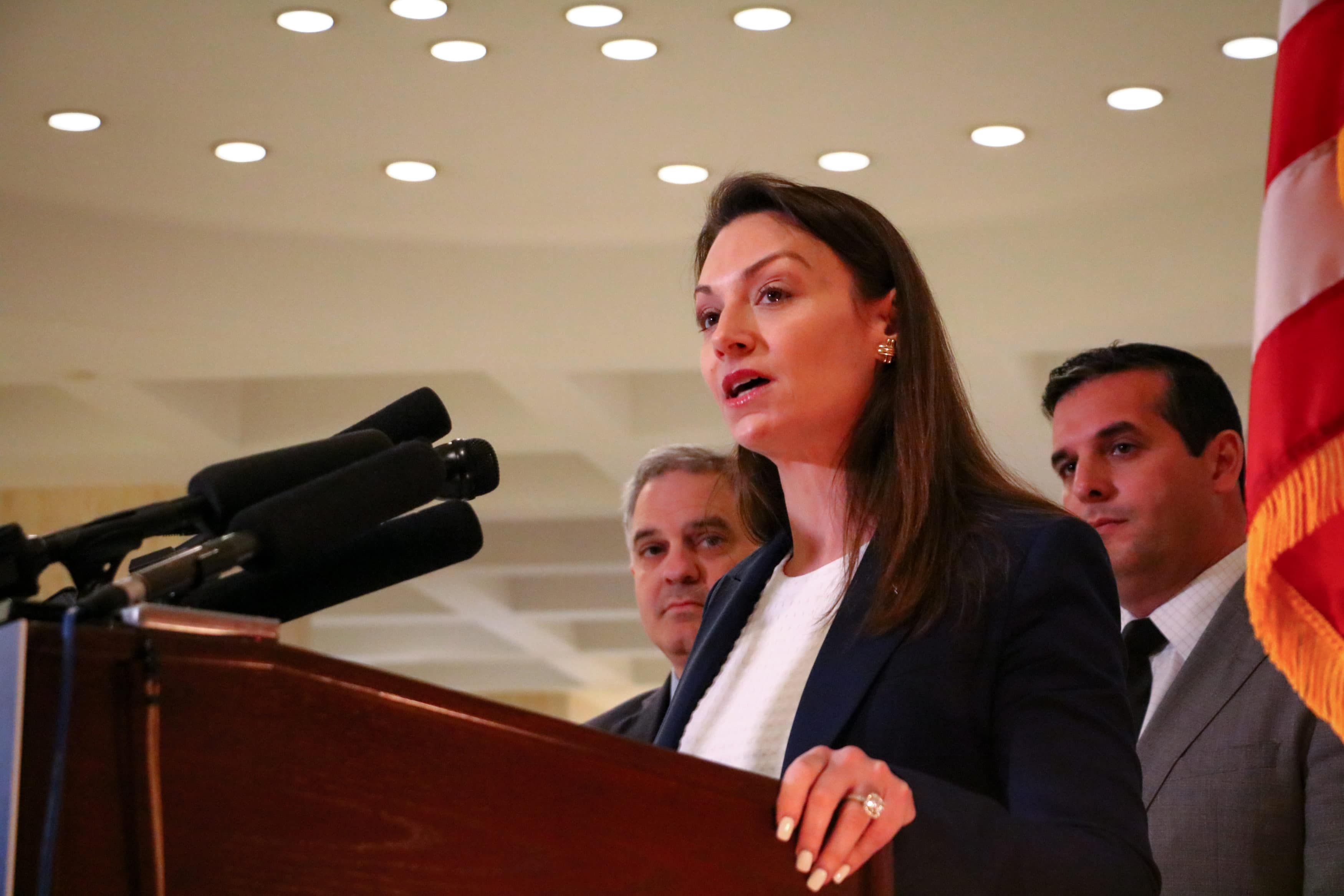 It's a setback for Commissioner Nikki Fried, although the Senate may block the move.

The Democratic Agriculture Commissioner calls it a “partisan power grab.” But the GOP-dominated House was unmoved by such protests.

Thursday the House passed by a 76-40 margin PCB ANR 20-01, a bill that would take the Office of Energy out of the Department of Agriculture and Consumer Services.

After Thursday’s House floor session, Speaker Jose Oliva defended the move to return the office to the Department of Environmental Protection, which held it until shortly after Adam Putnam became Commissioner in 2011.

“It’s important. It’s a priority of the Governor. It’s where that [office] was originally,” Oliva said.

However, Commissioner Nikki Fried slammed the move, calling it a “dangerous precedent …  a power grab to benefit the Governor, slow down our progress on energy and climate change. I’m hopeful that cooler heads will prevail in the Florida Senate.”

Commissioner Nikki Fried had been a vocal opponent of the bill, with two press conferences and a rare visit to rally the Democratic House Caucus in recent weeks.

A leit motif for the first-term Commissioner: that this wouldn’t be happening were she not a Democratic woman.

The Commissioner avoided such charged rhetoric in her

Just two amendments on the bill were floated and spiked Wednesday, but despite the lack of drama around the final vote, Democrats spoke up Thursday.

Rep. Kim Daniels lauded Fried for “moving things along at a great place.”

“It’s a scary thing to do things just because we can,” Daniels said, adding that people would be held “accountable” for their vote to move the energy office.

Mechanisms to enforce such accountability in GOP-majority districts may prove elusive.

Republicans, such as veteran Rep. Thad Altman, said the energy office was “better to be with the DEP.”

Fried on Thursday said she was “hopeful that cooler heads will prevail in the Florida Senate.”

While checking the Commissioner is clearly a House priority, less certain is the Senate’s appetite for such, based on comments last week from leadership.

Senate President Bill Galvano said “our budget does not reflect that change in funding” reflected in the proposed Energy Office move.

“I’m not even sure there’s a Senate bill on that issue and I would not consider that a priority of the Senate,” Senate Budget Chair Rob Bradley said.

With budget negotiations beginning in earnest between the two legislative bodies, it will be interesting to see if movement exists here.

The Senate, unlike the House, is not unduly exercised by Fried’s decision to put her face on gas pump inspection stickers.

The House has vowed to work to defund her office if all stickers are not removed timely.

Chair Holly Raschein of the Agriculture and Natural Resources committee noted that unless the Department of Agriculture and Consumer Services removes all gas pump stickers with Commissioner Nikki Fried‘s face, the department would be unfunded beginning July 1.