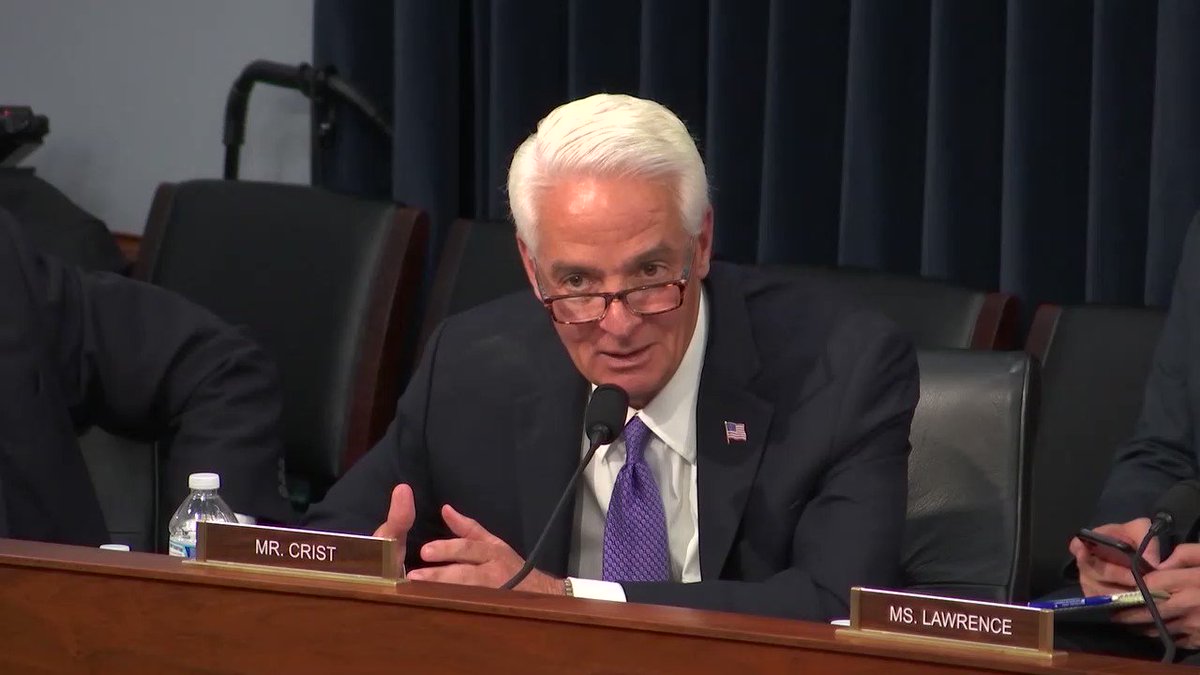 Crist argued the move will help to coordinate preparedness efforts here at home.

U.S. Rep. Charlie Crist is calling on President Donald Trump to appoint a czar to oversee the U.S. response to the coronavirus outbreak that has spread in recent months.

That virus appears to have originated in China, but has since spread to several other countries, including the U.S.

While the effect on Americans has been only slight so far, recent reports have detailed a spike in cases in both Italy and South Korea.

“Recent news reports detail how the U.S. State Department overruled strong objections from the Centers for Disease Control (CDC) in allowing 14 Americans who tested positive for the new coronavirus to board a commercial flight back to the United States,” Crist wrote in a letter to President Trump.

“This incident suggests that precedent and chain of command were not followed in the appropriate manner, despite the gravity of the threat to the public’s health.”

Crist is referring to the Americans evacuated from the Diamond Princess cruise ship in Japan following an outbreak aboard that ship. Those agencies disagreed on how best to transport those Americans back home, with the CDC ultimately losing out.

“Given that different federal agencies with different mandates and jurisdictions can come to divergent conclusions, and with time of the essence in this growing crisis, it is important we have an empowered expert to oversee interagency efforts and coordinate the federal response,” Crist continued.

“To that end, I recommend creating the position of Coronavirus Czar, filled by a universally trusted expert, to oversee this effort and report directly to you. This was the successful structure employed by President [Barack] Obama to combat the Ebola virus in 2014, and it merits re-deployment in this situation. With outbreaks of the new coronavirus now occurring in Italy, Iran, South Korea, and Singapore, the American people deserve a strong, clear, and unified response to ensure this pandemic does not overwhelm our nation.”

The U.S. stock market fell Monday, with analysts linking the drop to the uptick in cases outside China.

That prompted Trump to scramble to his Twitter feed to help reassure the markets. “The Coronavirus is very much under control in the USA,” Trump said.

“We are in contact with everyone and all relevant countries. CDC & World Health have been working hard and very smart. Stock Market starting to look very good to me!”

It’s not clear what Trump based that latter remark on. On Monday, the Dow Jones closed more than 1,000 points lower for its worst day in two years.

Crist has been active in pushing the state and federal government to brace for the effects of the virus.

In early February, Crist pushed for transparency from the CDC regarding the agency’s prevention efforts. Last week, Crist authored a letter to Florida Surgeon General Scott Rivkees, asking whether there are any confirmed cases of coronavirus in Florida. Thus far, Rivkees’ office has said there are no known cases in Florida.

“If any were to arise, we are prepared to contain this new infection, help any individuals sickened by the virus and keep Florida safe,” Rivkees said.