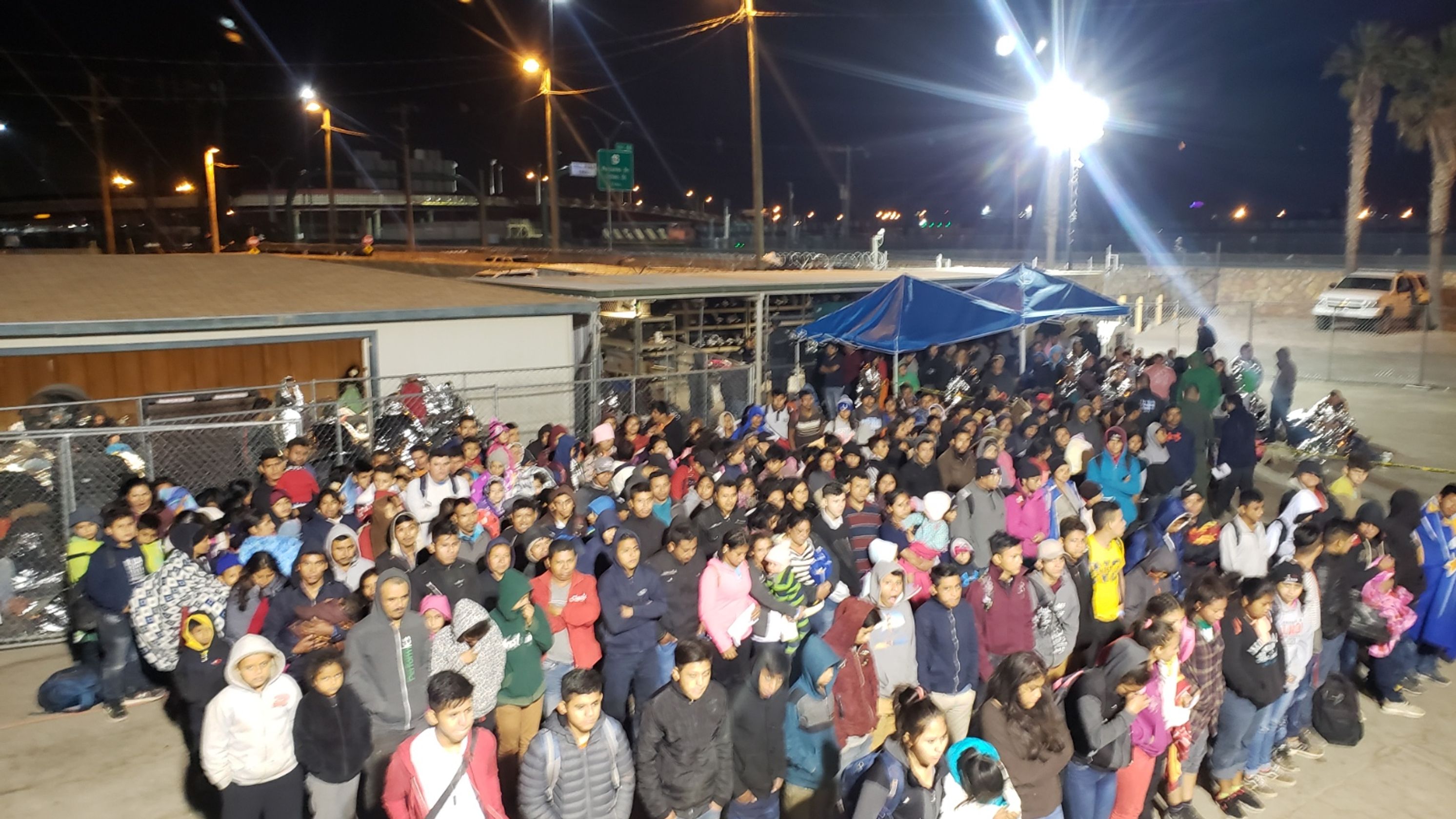 A mandatory requirement for Florida employers to use E-Verify seems as close to passage as its ever been. But could growing concerns about the coronavirus derail the legislation?

As Florida suffered the first two coronavirus deaths on the East Coast, anxieties about a spreading epidemic climbed.

That includes immigrant advocates, who say now isn’t the time to put undocumented workers further toward the margins of society.

“To approve an E-Verify proposal is going to push people further into the shadows,” said Yvonne Barnett, an attorney who frequently deals with immigrant issues.

“At this time, we need them to come out and get well and assess them and do everything we can. This virus is speeding rapidly across the globe and in Florida as we speak,” Barnett said.

At the same time, legislation agreeable to the House, Senate and Gov. Ron DeSantis appears to be coming together in the Legislature.

The Senate took up a version of Sen. Tom Lee’s version of the bill on Friday. The Thonotosassa Republican at the time amended the bill to adopt provisions in the House, and said he’s worked with the Governor’s office on the legislation.

The issue has been presented by supporters as upholding the rule of law, making Florida employers confirm new hires are eligible to work in the United States whether through the E-Verify federal database or an alternative system.

But while any individuals currently holding a job in Florida would not be impacted, fears remain this will give one more reason why undocumented workers should avoid contact with any government institution.

Betzaida, a student at Florida Gulf Coast University, came to the United States at nine months old when her family crossed the Mexican border. Because of her family’s status, she provided only her first name.

She didn’t understand much of her life the ramifications of being in the country illegally. It started to sink in when she became a beneficiary of Deferred Action for Childhood Arrivals, a policy put in place by President Barack Obama, that allowed her to apply for college and enjoy a number of benefits. Her status is under risk as the Supreme Court considers effort by President Donald Trump’s administration to repeal DACA, and that has its own concerns as it relates to E-Verify.

“I’m hanging on by a tiny, thin string,” she said.

But as she sees coronavirus spread in Florida, claiming the life of a Lee County woman on Thursday as another case in her home community surfaced on Saturday, Betzaida fears primarily for her family.

“It would discourage my community, my family and myself even, from putting more trust in officials” she said, “all the way to police to health professionals.”

She recently brought a member of her hospital to the emergency room, and felt the demeanor of officials change immediately when hospital officials learned the patient was undocumented. Privacy rules prevent doctors from reporting individuals in such circumstances, but stories persist of Immigration and Customs Enforcement waiting outside hospitals to process individuals for deportation.

The veracity of such tales matters little. For many in Betzaida’s family, it’s a fearful act to be treated in the emergency room. Some won’t go willingly at all.

“Some just wouldn’t consider the option of a hospital,” she said. “Maybe if it was life or death, but it would take a lot to take that step.”

Yet health officials are encouraging more individuals to act proactively at early signs of symptoms. Gone are restrictions to only test those already hospitalized or who have had contact with a positive test case.

Tony Argiz, Chairman and CEO of the accounting firm MBAF, feels acutely aware of the issue. He doesn’t like the general philosophy behind E-Verify legislation, and calls it “snitching” on immigrants. It reminds him too much of squads of people Cuban dictator Fidel Castro would dispatch in neighborhoods when Argiz was a child growing up on the island, individuals who would rat out perceived disloyalty to the government. As a board member with the American Business Immigration Coalition he’s been making the case this year against E-Verify based on the economic threat it poses to major Florida industries.

But he says the E-Verify legislation under consideration, with mechanisms in place for citizens to report businesses to the Department of Economic Opportunity for hiring undocumented workers, poses a threat to public health.

“I don’t think it’s going to help with testing,” Argiz said. “People know once they are tested, government will have information on them. But by not being tested, that could lead to a problem with their health.”

Indeed, there’s already signs nationwide that undocumented workers are reluctant to interact with public health officials. NBC News reports clinics on the West Coast, where coronavirus has a greater presence, have found reluctance among immigrants to see health officials even in in locales like Los Angeles, where the undocumented population is large.

E-Verify provides another requirement for workers to provide information that will get cross-referenced to a national database. Legislation, as written, calls for the Department of Economic Opportunity to notify ICE if investigation shows a business is hiring illegal workers.

Al Cardenas, a former Republican Party of Florida chairman, said that will spur troubles in Florida at time when cases of coronavirus are rapidly rising. And it’s not just because of testing concerns. The health care industry hires a number of immigrants at risk of losing eligibility to work for a variety of reasons, from the public charge policy to attempts to end DACA, to simply having visas expire at a time when federal policy seems focused on more barriers to staying in the U.S.

“There is going to be no labor force to replace hundreds or thousands of workers who will be displaced,” Cardenas said.

The same political climate that appears to create an opening for E-Verify to pass in many ways has led to anxiety within the immigrant community that makes many reluctant even to seek vital services.”

“The immigrant community at large is afraid,” said Matt Childers, Director of Research and Policy for the Florida Health Justice Project. “They are generally fearful of interacting with programs anywhere and fearful of government.”

That could have consequences in the U.S. Census and the administration of social programs— and it could impact tracking a virus spreading in the state.

“What the Florida Legislature is doing is allowing for the DEO to act as an arm of immigration enforcement, a piece of the federal government,” she said.

That opens the door to complaints getting filed by people with a grudge against employers or an agenda that might be racist.

But where does that intersect with public health?

“If you do go to a hospital or doctor’s office, you could be identified and that could lead to deportation or problems with immigration,” Mangat said. Once an undocumented individual enters any type of mainstream environment, they run the risk of drawing attention from someone with ill motives, and E-Verify gives that someone a way to meddle in the immigrant’s livelihood.

Further complicating the matter, risk is higher for those who have traveled abroad, and many of the workers being newly hired and subject to E-Verify have recently located to the U.S. from elsewhere.

“All I can say is this looks different from the front lines of public health and emergency rooms or urgent care centers, where a lot of people are going to show up to get tested,” Mangat said. “We know there are people with a travel history, which is a problem with coronavirus. We know they are living in enclosed environments, housed with a lot of people living there.”

All this means the population faces risk of exposure to viruses, and failing to isolate individuals could lead to a further spread of the virus.

“And the voices of physicians are being left out of this conversation.” Mangat said. “Maybe typically there’s no need for us to be heard in a discussion about E-Verify. But in the midst of a pandemic, public health should be a part of all policy discussions, especially this one.”

nextLawmakers to vote on amendment setting minimum age of arrest