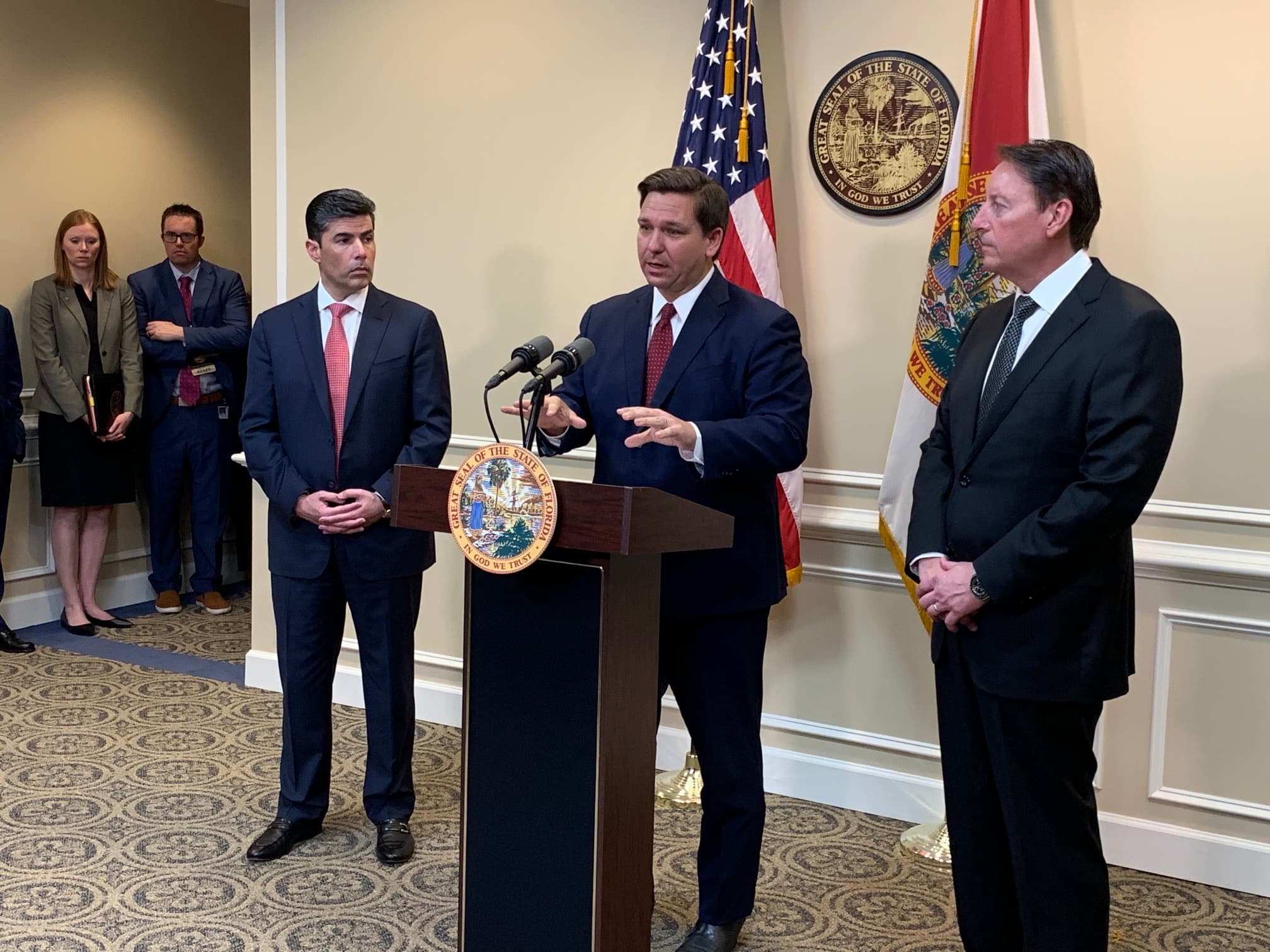 DeSantis says his vetoes will be influenced by what happens with the coronavirus outbreak.

Gov. Ron DeSantis highlighted his legislative wins after the Legislature voted to ratify a $93.2 billion state budget Thursday. But despite his optimistic tone, the Governor didn’t get everything he wanted.

DeSantis welcomed reporters to “Sine Die in the age of social distancing.” The House and Senate galleries were closed to the public and members of the Legislature were discouraged from bringing staffers and family members with them to the Capitol for the vote. The state currently has 432 positive cases of the novel coronavirus. The death total stands at nine.

House members were medically screened before entering the chamber, while Senators screened themselves.

DeSantis acknowledged House Speaker Jose Oliva’s priorities, two health care scope of practice measures that he signed earlier this month. The Governor said he gave the Speaker a baseball bat engraved with the words “slayer of the healthcare industrial complex.”

For his own priorities, DeSantis points to the more than $600 million going to water quality and Everglades restoration projects, which was generally in-line with his recommended budget.

DeSantis says the budget also helps him achieve his goal of making Florida a top state for teacher pay. He originally wanted $600 million for pay raises and $300 million for bonuses, but lawmakers rejected the idea of bonuses.

Lawmakers have put aside $500 million for teacher pay raises, with $400 million going to boost salaries toward the goal of making the minimum starting pay $47,500. The $100 million will go to veteran teachers and other instructional personnel. The Governor praised Oliva and Senate President Bill Galvano for coming up with a more equitable solution.

“If folks are in areas where there’s a higher cost of living, they’re minimum may be $48,000, $49,000,” he said. “Some of the more rurals may be lower, so everyone will do better and I think it probably threaded the needle better than mine.”

DeSantis says he believes Florida may now go from the bottom 25 states in average minimum pay to the top five.

The Legislature also passed E-verify this Session, which was a priority for the Governor. But it was a watered-down version of what DeSantis had wanted.

The version that ultimately earned legislative approval allows many businesses to decide whether to use the federal E-Verify system to check the immigration status of new hires, rather than a statewide mandate some had preferred.

DeSantis says that while this was a very successful Session, this is a different situation than even just a few weeks ago because of the coronavirus outbreak.

He said his veto considerations now will be vastly different now than had the state passed a budget two months ago. Not only are there easy items to strike on the table, but some programs he backs might also be considered.

Depending on state revenues, lawmakers could come back to adjust the budget in a special session.