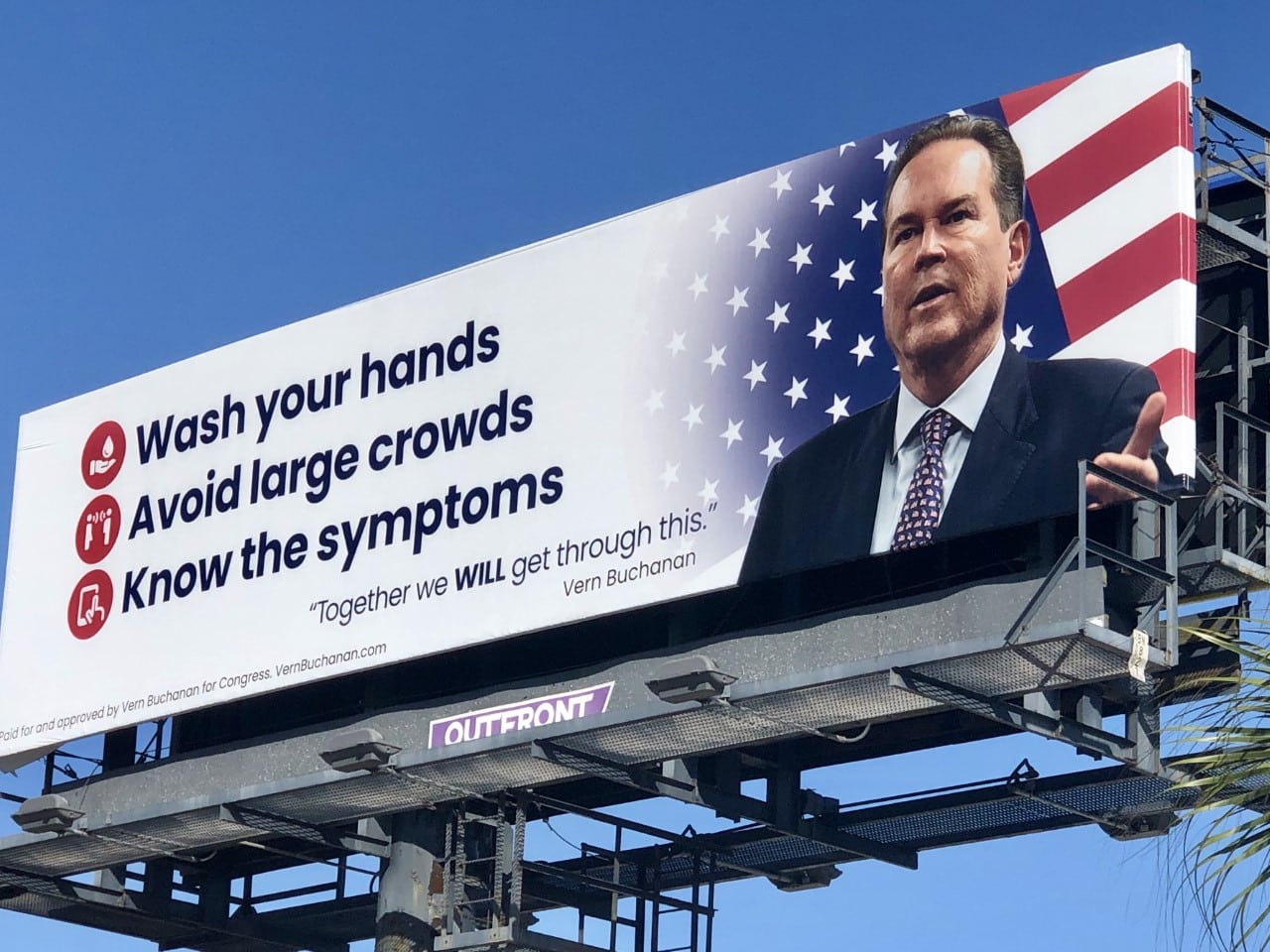 A Vern Buchanan billboard offers advise on dealing with the COVID-19 outbreak in Florida.

In lieu of traditional campaign advertising, Rep. Vern Buchanan has set up a public service announcement on a local billboard.

Alongside tips such as frequent hand-washing and avoiding crowds, the sign has a picture of Buchanan, with a message from the Sarasota Republican.

“Together we WILL get through this,” the billboard reads.

Campaign manager Max Goodman thought is was important to have “a public service billboard reminding people on what they need to be doing to help keep themselves and those around them safe.”

The billboard on U.S. 41 just north of University Parkway between Sarasota and Bradenton greets motorists during a tense time.

As of early Sunday afternoon, Florida has 830 confirmed cases of coronavirus and 13 deaths.

Buchanan has been sounding concerns for weeks, especially since one of the first cases of COVID-19 in Florida was in his district.

At the time, only two deaths from the coronavirus had been recorded in the entire country. But representing a district rich in retirees, Buchanan immediately called for resources to go into response and for government to treat the matter as a public health crisis.

“We need to boost funding to make sure Florida and the rest of the country have the resources they need to properly test for and contain COVID-19,” Buchanan said at the time.

Goodman said with so much uncertainty about coronavirus response, it’s unclear what else will be done as far as public service announcements funded from the campaign. This could be the first of many ads.

“There’s so much uncertainty right now, I can’t say for sure,” Goodman said.

The Buchanan billboard notably comes shortly after his Democratic challenger Margaret Good shifted her campaigning online out of concern for the health of supporters, but continued raising money amid the crisis.

Earlier this week, William Figlesthaler announced his entire campaign would turn its messaging to COVID-19 response, including manning a hotline and setting up a website for coronavirus advice.

It remains to be seen the extent to which campaigns devote dollars to educating the public on the global pandemic.