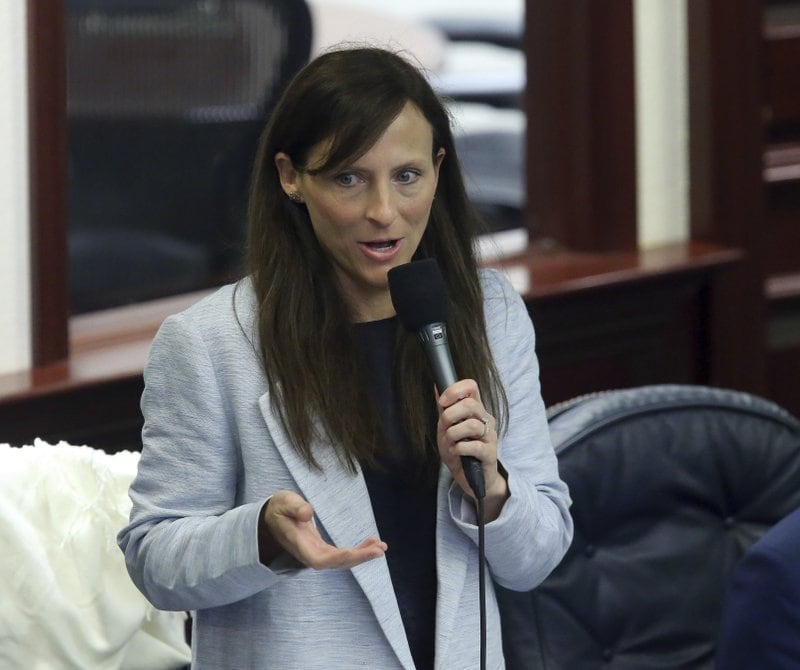 New Day Florida, an electioneering committee, spent $1,500 for the event, which was promoted by Good on her official social media.

It’s final validation of missteps with multiple coronavirus response activities conducted by Good, apparently in service of her statehouse duties.

It’s not illegal for a state campaign or electioneering committee to promote a state candidate’s work in office if they are running for state office. But Good made clear she’s not running for another term in the state House.

Other congressional candidates, including her opponent, in contrast, funded public service style campaign materials on the coronavirus pandemic with federal campaign accounts.

The glaring expenditure came to light less than two weeks after the campaign scrambled to explain away a different effort attributed to New Day Florida.

Florida Politics last month reported on a website Good promoted with information on COVID-19 impacts on her state House district. Originally, the website appeared with a disclosure it was paid for by New Day Florida.

“There was an issue with the web developer who made this,” Lata said. “Once the campaign realized, it was changed immediately.”

But within hours, fliers promoting the already completed March 20 event were also scrubbed from Good’s social media accounts. Still visible through a Google search, those fliers asserted the town hall had been paid for by New Day Florida.

Lata had insisted campaign reports would clear up New Day did not pay for the COVID-19 website, and there’s no mention of such an expenditure in March reports for the committee.

But he never provided a promised comment to Florida Politics regarding the town hall. And March reports make clear that event was covered financially by New Day Florida.

Calls and texts to Good and Lata on the reported expenditure have not yet been returned. Jason Blank, chairman of New Day Florida, also did not return calls.

The state political committee is still sitting on some $10,335.

That may be a source of frustration. The committee played a key role in Good’s victories for state House when she emerged a victorious underdog in a February 2018 special election and won a surprising nail-biter in the general election the same year. But it can’t be used to further Good’s federal ambitions.

“A Florida political committee may only engage in its own administrative actions, like accounting fees, or to influence the results of a Florida election,” Watkins said.

If there’s a legal loophole for Good, it’s that she does technically have a state campaign account open, one with another $29,085.75 in largely untouchable money. She filed to run for her state House seat in 2020 before considering a run for Congress and has never bothered to withdraw from that race.

The campaign hasn’t spent a dollar since July, but Good has continued to file fundraising waivers for months.

The town hall, and even the website had it been paid for by New Day Florida, could be acceptable expenditures if Good argued they advanced her reelection for state House. The fliers prominently feature Good’s image and identify her as the Representative for state House District 72.

Of course, federal qualifying begins at noon on April 20, and that will be a harder excuse once she’s formally on the ballot for federal office in 2020.

State qualification, meanwhile, begins on June 8 at noon. And at least one other Democrat, attorney Drake Buckman, already filed for Good’s seat, so it would throw political machinery already in motion amok should Good decide instead to run for her state office.

Besides, she has adamantly dismissed calls in the past to run for reelection instead of going for Buchanan’s seat.

But she’s now called to explain for the third time in two weeks how coronavirus response messaging has twice been attributed to New Day Florida, a state electioneering committee. And why when the campaign adamantly dismissed suggestions the committee paid for a COVID-19 website, the same committee did pay for a town hall event on that exact subject.

previousLast Call for 4.6.20 — A prime-time read of what's going down in Florida politics

nextMosaic, Tampa Bay Lightning team up to provide food for families in need