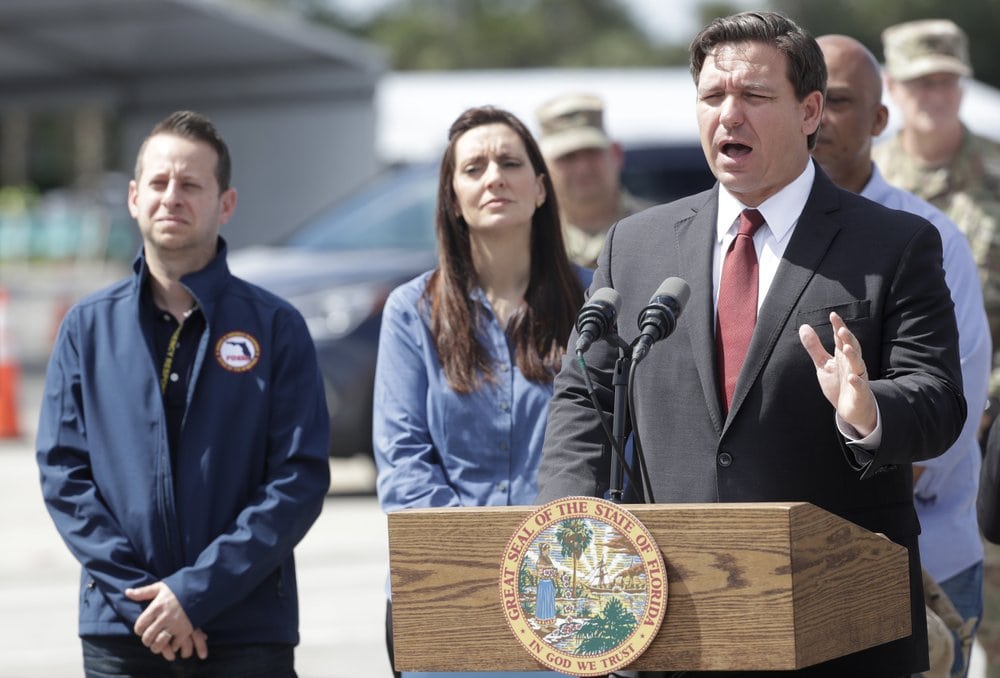 Gov. Ron DeSantis‘ task force on reopening Florida amid the coronavirus pandemic will meet Monday and return its initial findings by the end of the week.

This week’s report will outline the state’s short-term response, the first of three stages the Governor has planned for Florida. The three-phased approach follows a template laid out by the White House Thursday.

“When you kind of think about these things — but then when you actually sit down and write down the number of things that we’ve got to be smart about, it’s going to be very helpful to have that I think,” DeSantis told reporters Saturday.

On Tuesday, the Governor first announced the task force and hoped to release the names of the team members and have the panel first meet by the end of the week. The team, he said later, would make recommendations on “pretty much everything under the sun.”

The task force members, now to be announced Monday, will include business and industry leaders and elected officials, which the Governor described as a “pretty good cross-section.” South Florida county Mayors will be on the team, as will House Speaker-Designate Chris Sprowls and Senate President-Designate Wilton Simpson.

On Monday, the first scheduled day for the team to meet, the task force will begin teleconferencing and continue throughout the week. After returning its short-term findings on the “rebound and resurgence” of Florida, it will next explore the medium and long term.

“We want to see people back to work for the long haul, and we want to continue with Florida’s economic development strategy,” DeSantis said. “We’ve got a lot of great irons in the fire before this hit. We want to be able to get that back going forward.”

With the state seemingly over the hump of the coronavirus pandemic and recent actions taken to get Floridians unemployment benefits, the task force will address what the state’s society and economy look like until the discovery of a vaccine, possibly months or years away. Small businesses will be one of the main focuses of the task force.

“Obviously we’ve been focused so much on health and you see the unemployment and you see some of these other things, but these folks are seeing it on the ground up about what can we do to help get their communities back on their feet,” DeSantis said.

Agriculture and the restaurant industry will be other major topics of interest, as will theme parks and travel into Florida, specifically plane and cruise ship travel. But with cruise liners wanting to start operating again in June, the Governor called that goal a “source of friction” against the state’s interests.

While the Governor says he stands with Floridians who want him to reopen the state, he says he’s “working on it.” But while he stays busy leading the state’s coronavirus response and now weekly media appearances in South Florida, he said he sees the toll the recommendations to stay at home have had on people when he returns home to First Lady Casey DeSantis and their three children.

“I just see how it is to be inside and not be able to go every day in my own house,” he said. “I think people want to — they’re going to be responsible, they want to be safe — but I do think they want to get back into a routine.”