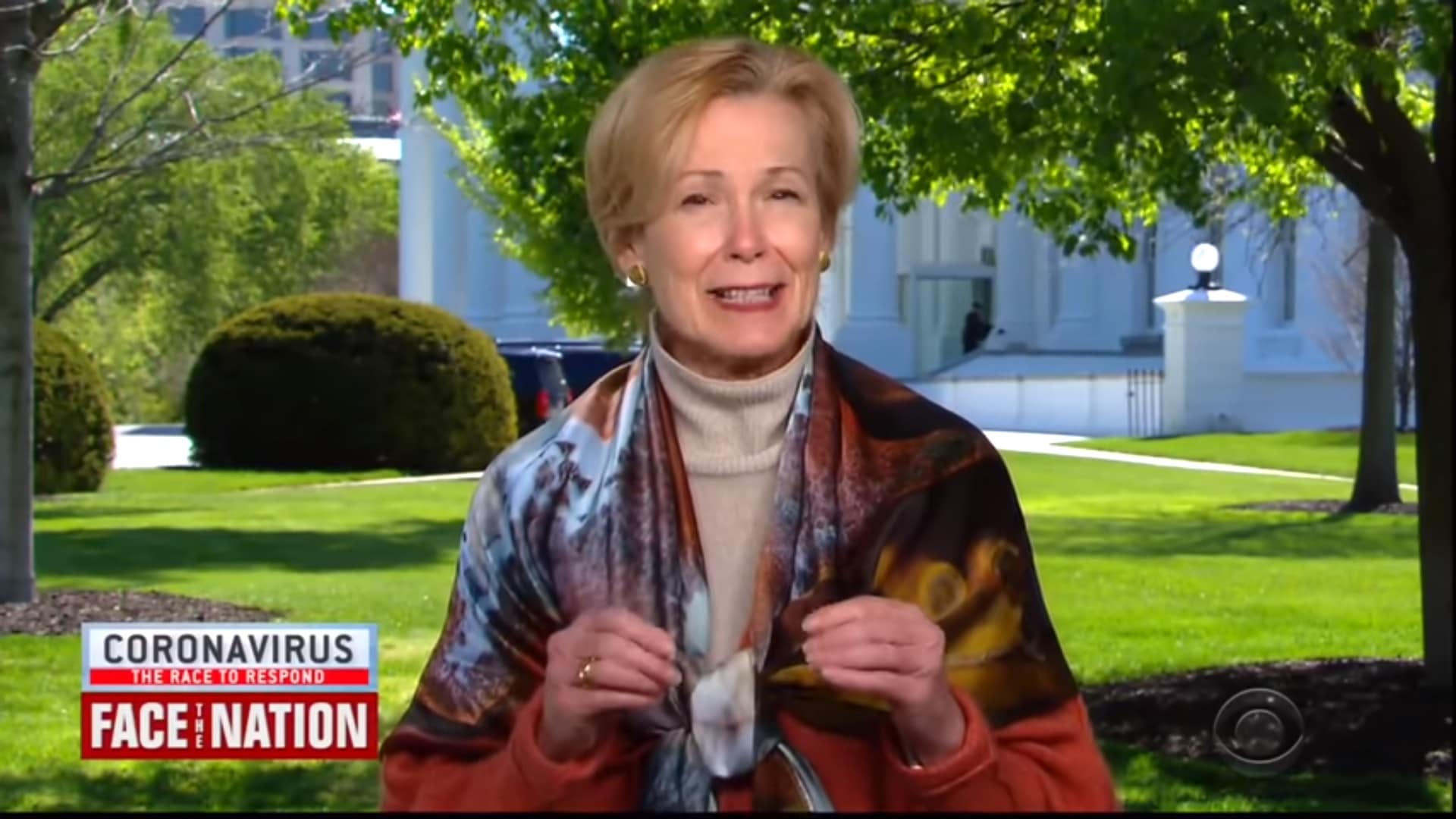 Despite criticisms they don’t go far enough, Gov. Ron DeSantis has touted the state’s coronavirus data reports as some of the most transparent in the country. And on Sunday, the Department of Health got a boost from Dr. Deborah Birx.

The White House Coronavirus Task Force’s coronavirus response coordinator went on CBS’s Face the Nation Sunday morning to discuss the national response to the pandemic. But along the way, she gave a shoutout to DOH’s interactive model.

“If you go to the Florida Public Health website on COVID, they’ve been able to show their communities’ cases and tests district by district, county by county, ZIP code by ZIP code,” Birx said. “That’s the kind of knowledge and power we need to put into the hands of American people so that they can see where the virus is, where the cases are, and make decisions.”

The “dashboard” also shows the basic statistics, including the total number of confirmed cases, the death toll and the trend in the past month. But the real power, she said, is in the specificity of the data.

“One thing I’ve been so impressed with, if you give Americans knowledge, they will translate that into protective actions that protect themselves and their community,” Birx said. “And so we have to really have to get them information in a much more granular way than a national way or even a state way.”

In the U.S., the pandemic has manifested as “a series of small epidemics” that lends itself to localized responses. Tracking data down to the neighborhood can help officials make the best policy decision.

But while DOH got the nod from the Donald Trump Administration, the department has faced questions over providing nursing home data, including deaths and the names of affected facilities. But on Saturday, DeSantis announced he had ordered Surgeon General Scott Rivkees to make the names public. The Department also recently began including nursing home fatalities by county in its twice-daily reports alongside the nursing home caseload, added in late March.

The state still doesn’t include the death toll among non-Floridians who died in the state on its dashboard or in its twice-daily reports. And for those who survive the virus, the state says it doesn’t publish the number of people who have recovered because hospitals would have to volunteer that information to comply with HIPPA requirements.

DOH took to Twitter to thank Birx for the mention on national television.

“I am trying to really drive Americans to a website that I think is really quite extraordinary…” A special thank you to Dr. Deborah Birx on @CBS @FaceTheNation for recognizing @HealthyFla’s website. Visit https://t.co/KRWhrkiYxG for the latest information on #COVID19 in Florida. pic.twitter.com/RgzmNPccRY

nextQualification week tests mettle of many a congressional campaign