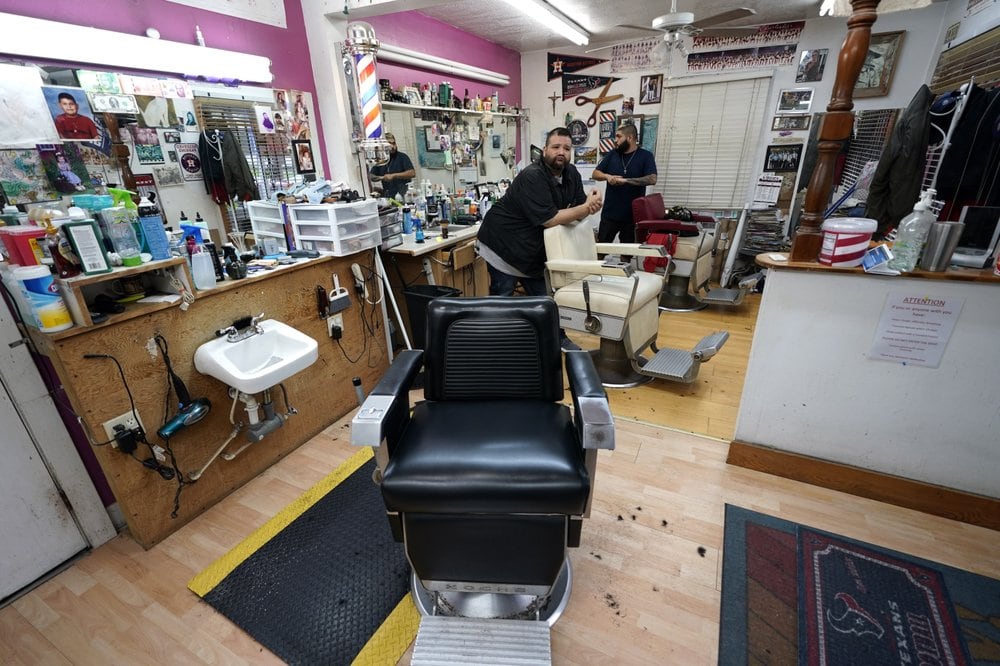 Gov. Ron DeSantis and President Donald Trump diverge on the questions of barbershops.

With Floridians trying their luck at DIY haircuts, members of the Re-Open Florida Task Force discussed ways Friday to relieve the influx of shoddy dos and get barbershops back to work.

Terry Burroughs, chairman of the Okeechobee County Board of County Commissioners, said barbershops should be some of the first small businesses to open.

“It would be helpful for a lot of the folks that sit on this call I’m sure,” the Commissioner said.

But President Donald Trump, in a Twitter denial that he gave Georgia Gov. Brian Kemp the OK to open businesses in his state, listed salons and barbershops as businesses that shouldn’t open as readily.

“Spas, beauty salons, tattoo parlors, & barber shops should take a little slower path, but I told the Governor to do what is right for the great people of Georgia (& USA)!” he tweeted.

Greg Picinic, a barbershop owner in Tallahassee representing the industry on the working group’s Friday teleconference, was willing to compromise.

“Moving forward, as a local small business owner, I want to do everything in my power to keep all my barbers, clients and really my community as safe as possible for whenever the time does come to reopen, even if that means staying closed for a little while longer,” he said.

Department of Business and Professional Regulation (DBPR) Secretary Halsey Beshears suggested industries, including the hair styling industry, should adopt their own public health certifications as the economic reopening begins.

Additionally, barbershops and salons should make a list of their precautions visible to customers and encourage customers to wear masks. Shops should be kept ventilated, maximize their space, limit people inside and require employees to wear masks, wash their hands, disinfect their tools and replace the towel or clean the surface on headrests.

Picinic took those suggestions further. His barbershop will remove headrests, purchase two sets of tools to allow tools to be fully sanitized between uses and eliminate handheld mirrors and the beloved lollipop jar. He described a “one in, one out” appointment system to eliminate walk-ins and reduce waiting in the lobby and the possibility of taking people’s temperatures with infrared thermometers.

Walter Carpenter, chairman of the National Federation of Independent Business suggested DBPR could suspend some regulations, including allowing barbers and others to practice off-site.

As for certifications, Picnic recommended a free online certification developed by the producer of barber-oriented cleaning equipment and that each barber or stylist display the certification next to their license. And future regulations for new shops could include mandating a sink for every workstation rather than the one per building currently required.

But Picinic noted the additional health precautions would increase shops expenditures, exacerbating the costs closures have already placed on them. Obtaining personal protective equipment for businesses that have been deemed nonessential has been difficult, and he requested such businesses get help securing and paying for PPE.

“We understand that we want to open and get the economy back up and running, we want to earn our living and keep our families fed and all that, but we do understand if this stays for a little bit longer,” he said.

previousJimmy Patronis to Communist China: Pay up for COVID-19 fraud