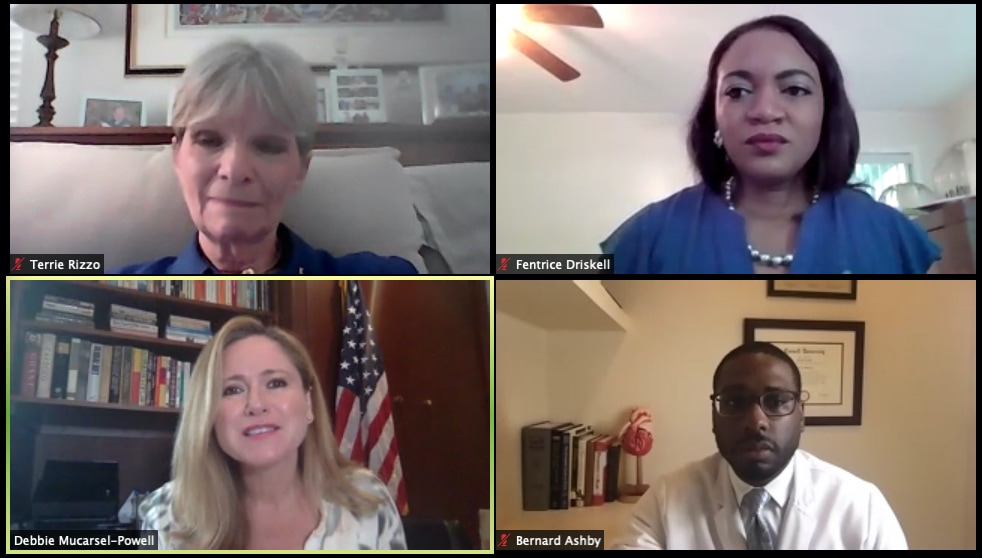 In a prebuttal move, Florida Democrats Monday expressed disappointment in how Gov. Ron DeSantis is developing plans to reopen Florida’s economy in the coronavirus crisis and little confidence that he’ll do it in the best way to protect the health and welfare of Floridians.

With no doctors or “front-line workers” on his Re-Open Florida Task Force’s executive committee, a load of business interests advising him, a continued shortage of COVID-19 or antibody testing, a shutdown on briefings for Democrats, and a track record thus far of what the Democrats describe as his being in lock-step with President Donald Trump, DeSantis appears to be taking Florida in a dangerously wrong direction in response to the crisis, a group of Democrats contended in a Zoom conference Monday.

Their criticisms come ahead of DeSantis’ anticipated roll-out of plans, later this week, to reopen Florida’s economy, something he said repeatedly in recent days would be done “right,” with emphases on public health and data. His task force and its working groups concluded advisory meetings Friday.

Their comments Monday were a mixture of attacks on Trump, whom Soto said is in serious denial, and DeSantis, whom Rizzo called Trump’s “mini-me.” The DeSantis criticisms ranged from his oversight of the state’s still lumbering unemployment compensation system to his slower-than-many-governors’ responses to the COVID-19 outbreak, to his current efforts to reopen the state’s economy, which Mucarsel-Powell called “sadly partisan.”

“From the very beginning Trump has refused to listen to the medical experts, and we’re still paying the price for it,” Rizzo said.

“Ron DeSantis has been in lock-step with the president every step of the way,” she added. “Florida still has a long way to go on this road to recovery, and DeSantis’ insistence in taking Trump’s chaotic lead is only prolonging this crisis.”

Those views stand in contrast to what DeSantis and his supporters have been touting in recent days — that Florida appears to be past the worst, and got there without suffering anything close to the worst case forecasts many had made for the Sunshine State, as well as DeSantis’ insistence that he and state officials are working hard to fix a broken unemployment compensation system and would have good news on that soon.

“We have seen that we have a Governor here in the state of Florida who cares more about following in the footsteps of his ally and supporter, President Donald Trump than really protecting the lives and the health of Floridians,” she said.

“There’s a way to do it. But you need courage, you need strategy, you need data and science behind you, to put a plan together, to get to a place where we can have people working again, but without compromising their health and well-being.”

Enneking said several steps must be taken before Florida reopens its economy, in a “structured and measured way.” Those include widespread testing, universal paid sick leave, “so that if somebody gets sick they can go home without fear of losing their job” and businesses prepared to take temperatures, have smaller footprints, and provide personal protective equipment to employees.

“The keys to reopening our economy are testing and monitoring. And in the longterm we will return to normalcy once we have a vaccine. I know this because medical professionals and pandemic specialists have told us this, time and time again. That’s why it boggles the mind that no doctor was put on Gov. DeSantis’s reopening committee,” Soto said.

“The GOP has shunned science and experts for years and now there couldn’t be a worse time to have a science-denying conspiracy theorist at the helm.”

Driskell said the Governor has been shutting out not just Democrats, but a lot of people, regardless of party, in his efforts and communications regarding what he and other officials are doing to address the coronavirus outbreak.

“One of the things that’s been most frustrating to me (is the administration’s) communicating with colleagues. This has been a problem across the aisle. That’s not isolated to Democrats. It’s been difficult, at times, to get responses. We used to have weekly legislative calls with the Governor’s legislative affairs team. Those calls stopped pretty early on in the crisis. We have not been able to get the answers from the Department of Economic Opportunity that we needed,” she said.

“So what we’ve seen so far does not inspire great confidence, but I’m optimistic and hopeful that we’ll see a plan that addresses some of these needs,” she added.