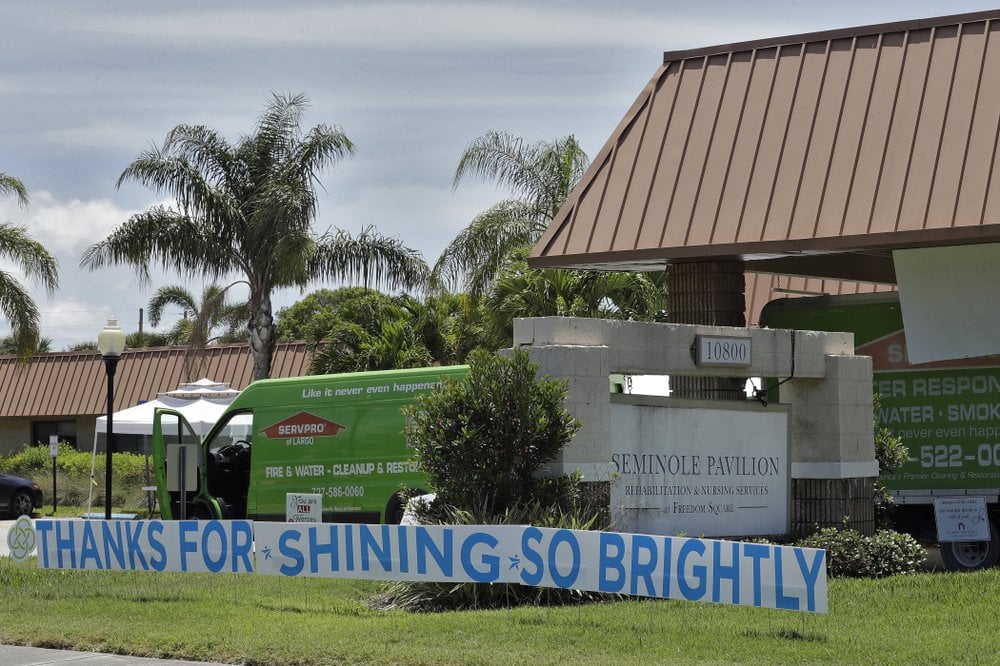 The latest deaths occurred among residents aged 73 to 99.

Six more residents of Freedom Square in Seminole died in recent days from the novel coronavirus, bringing the death toll at the long-term care facility to 30 residents and one employee, according to a Tampa Bay Times tally.

The new deaths, all residents, died on Wednesday and Thursday at various Pinellas County hospitals, according to Times data obtained from the Pinellas-Pasco Medical Examiner’s office.

The latest deaths occurred among residents aged 73 to 99. Most had underlying health issues common in advanced age.

Four of the patients, Schneiter, Douton, Branch and Strible, were transported to Morton Plant Hospital from Freedom Square. Schneiter, Branch and Douton all showed symptoms of COVID-19 before testing positive. Strible was showing minimal symptoms and was transported to the hospital in good condition, but later developed a high fever and went into respiratory distress.

McCarthy was taken to Largo Medical Center with flu-like symptoms and shortness of breath. She was placed on a ventilator on April 13 and remained on that until May 5 before passing the next day. She had a past medial history of chronic obstructive pulmonary disease, high blood pressure and diabetes.

Szubartowski was taken to Northside Hospital April 16 where she tested negative for the virus twice before being transferred to a rehabilitation center where a third test on May 5 confirmed she had COVID-19. She suffered from advanced dementia, cerebrovascular disease and heart failure.

Freedom Square has been the epicenter of COVID-19 outbreaks in long-term care facilities in Pinellas County after the first patients were taken to hospitals April 14.

The facility sent several more residents and staff members to hospitals in the days and weeks following.

The facility has since worked with the Department of Health in Pinellas County and emergency management officials to implement precautionary measures to stop the spread and prevent future outbreaks.

The facility was temporarily evacuated to undergo deep cleaning before residents returned to shuttered portions of the campus in late April.

The state of Florida has since amped up its precautions in nursing homes and assisted living facilities, testing staff members before entering, deploying random testing and continuing to prevent visitors at facilities.

nextAna Maria Rodriguez back on top in SD 39 fundraising