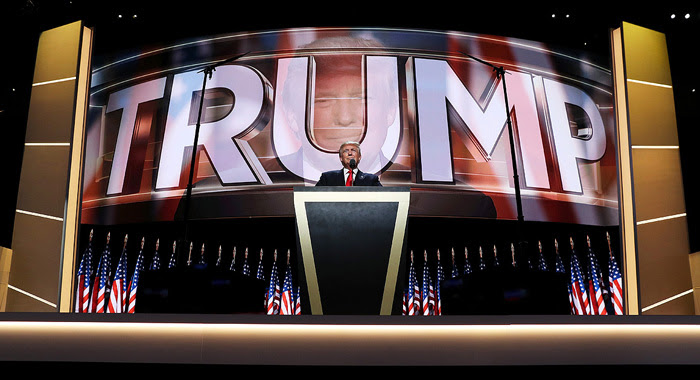 Odds are RNC stays in North Carolina though.

With the location of the 2020 Republican National Convention at least temporarily in doubt, one bookmaker says Florida has the best odds should it move.

US Bookies, self-styled betting aggregators, have Florida’s odds at 2-1, ahead of Georgia and its 5-2 odds. Odds that the convention stays in Charlotte are the best bet, at 1-2.

“Trump threatened to move the GOP convention from Charlotte unless North Carolina Governor Roy Cooper can guarantee that the event can be held with full attendance, and other states have already begun pitching to hold the convention instead,” says US-Bookies betting industry analyst Alex Donohue.

“While Florida and Georgia are the current top picks, Texas and Nevada are also among bookies’ top states to hold the event, with odds of 4/1 and 9/2, respectively,” Donohue added.

Since the President floated the idea of a move from the Tarheel State earlier this week, Floridians from the Governor on down have clamored for convention action.

“My posture on all of this is we should try to get it done the best we can,” the Governor added. A convention would “mean a huge economic impact” for the state, which lost Wrestlemania, golf and tennis tournaments, and other big-ticket events.

DeSantis said he had already “let the folks at the White House know that we want to work with him.”

“We have a number of areas in the state that could do it,” DeSantis said, citing Miami, Orlando, Tampa, and Jacksonville.

Jacksonville Mayor Lenny Curry, the former head of the Republican Party of Florida, said his city could host if needed. Tampa Mayor Jane Castor and St. Petersburg Mayor Rick Kriseman, however, balked at the idea of hosting on such short notice in the Tampa Bay area.