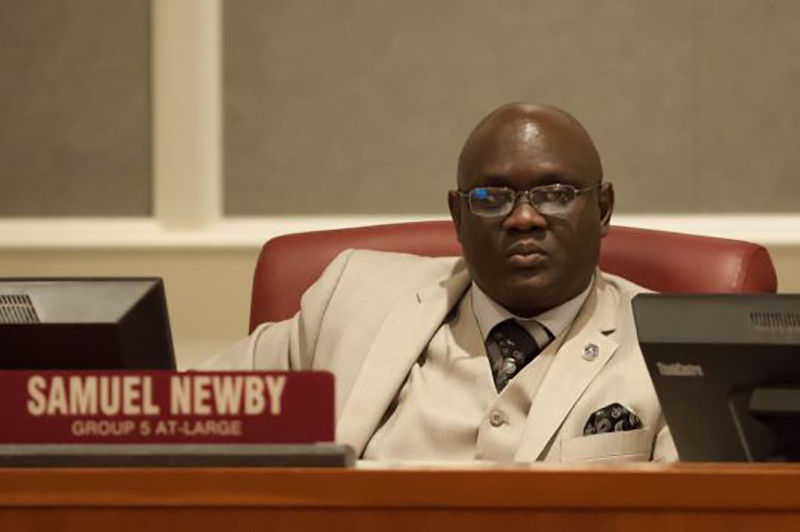 City Council President-designate Sam Newby was one of seven pitched by the NAACP and others on a "black caucus."

Jacksonville continues to wrestle with racial issues that have not been fully resolved.

Civil rights activists asked African-Americans on the City Council weeks ago to institute a “Black Caucus” to address disproportionate opportunities and discriminatory practices.

“It is time now for a Northwest Jacksonville ‘Marshall Plan’ to address the economic inequities and discriminatory policy planning of the past fifty-two years … new paradigms and strategies to usher the residents of Districts 7, 8, 9, and 10 into 21st-century prosperity. The collective political strength of a black caucus will optimize your ability to address longstanding issues and disparities.”

The move, Jacksonville NAACP head Isaiah Rumlin noted in a letter. Southern Christian Leadership Conference, the Northside Coalition, and other civil rights and activist cohort representatives were also signatories who said in terms of sheer numbers, they could move the Council.

“For the first time in Jacksonville‘s history, 7 of the 19 city council members are black. Collectively, you could have a significant influence on decisions impacting the city of Jacksonville,” the letter reads.

If such a caucus emerged, it would be bipartisan, including At-Large Republicans Sam Newby and Terrance Freeman, and district Democrats Brenda Priestly-Jackson, Garrett Dennis, Joyce Morgan, Ju’Coby Pittman, and Reginald Gaffney.

A number of topics are ripe for redress, including “economic and health disparities in the black community due to a maldistribution of resources by federal, state, and local governments.”

Activists are also calling for significant improvements to police relations with the African American community, including more transparency and releasing body camera footage in officer-involved shootings.

“The elementary, middle, and high schools in Districts 7, 8, 9, and 10, have deteriorated internally (resources available to the student population), and externally (old buildings, lack of heat, and A.C., etc.). The proliferation of charter schools represents a frontal assault on the system of public education as taxpayer dollars finance and support private enterprises (charter schools).”

A number of African-Americans on the Council are friendly to charter schools, potentially thwarting a unified caucus position.

African-Americans on the Council have in recent years coalesced to marshal influence over some processes.

In 2017, a bloc of Democrats supported Republican Anna Brosche for the Presidency. Shortly thereafter, they took the majority on the Finance Committee.

Though leadership elections are over for this year, reform is in the air, and time will tell if a coalition emerges as the activists hope.