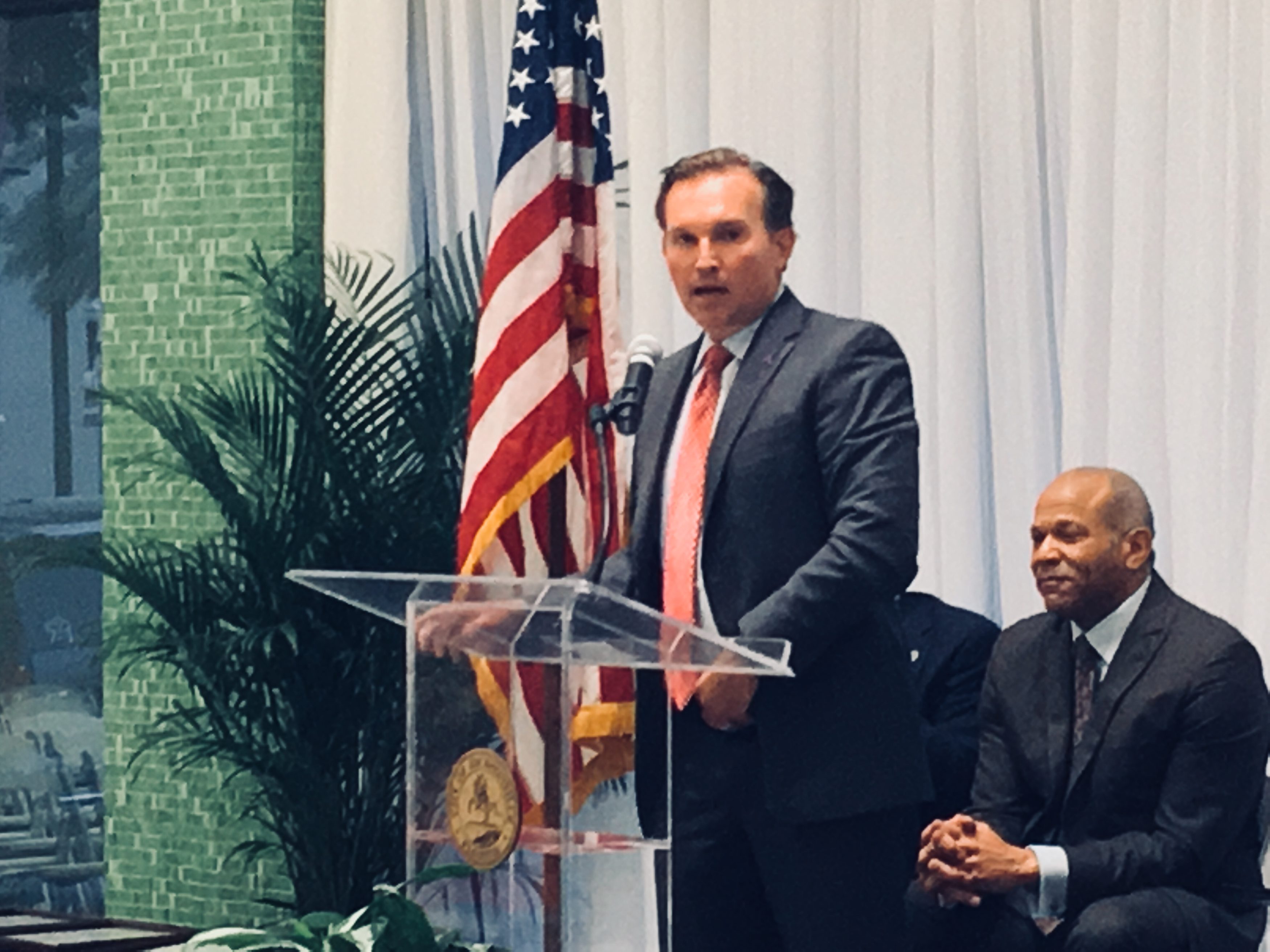 The Jacksonville Mayor has evolved on the issue.

Jacksonville spent close to a decade litigating whether to codify LGBT rights, and one key skeptic of the need for the legislation officially reversed course Tuesday.

Mayor Lenny Curry, who did not sign the bill into law when first passed in 2017, said that he should have signed the bill a couple of years ago.

“I signed the current bill,” the Mayor noted. “Given where I am today, about two years ago I should have signed the bill.”

When the Human Rights Ordinance expansion was passed in 2017, Curry, a former chairman of the Republican Party of Florida, let the bill become law without his signature, contending the legislation was not necessary because the city didn’t discriminate.

The passage was delayed for nearly two years of Curry’s administration, with a 2015 and 2016 deliberation scuttled because the issue was too hot for lawmakers at the time. Before that, conservative Democratic Mayor Alvin Brown dealt with the issue for the bulk of his single term in office.

The Mayor’s lack of advocacy for the legislation was not enough for supporters on the cultural right, who blasted him for a failure to keep his “promise” to keep LGBT rights legislation from becoming law.

For Curry, elected five years ago with a swath of endorsements that hailed him as a true conservative, the evolution on the city’s Human Rights Ordinance is profound.

The Mayor quietly signed the cure legislation passed by City Council last week, a re-ratification of the bill designed to address an Appeals Court ruling that the 2017 legislation was improperly passed.

Jacksonville had one of the worst ratings for LGBT rights in a major city before the HRO passed, according to the Human Rights Campaign, but great strides have been made since. The city’s 23 out of 100 rating in 2015 surged to 79 out of 100 in 2019.

The signing comes a week after Curry marched with Black Lives Matter supporters, including members of the NFL’s Jacksonville Jaguars, in a demonstration opposed to police violence that few expected from the Mayor.

The city also began removing monuments to the Confederate cause in the Civil War, with the most prominent monument in the city hauled away by crane a week ago.

The latest move suggests another possible evolution from a traditionally doctrinaire conservative politician.

“Mayor Curry has come a long way from his stance during the campaign in 2015 to today,” Midyette said. “The LGBT community appreciates the Mayor’s action on this historic day.”