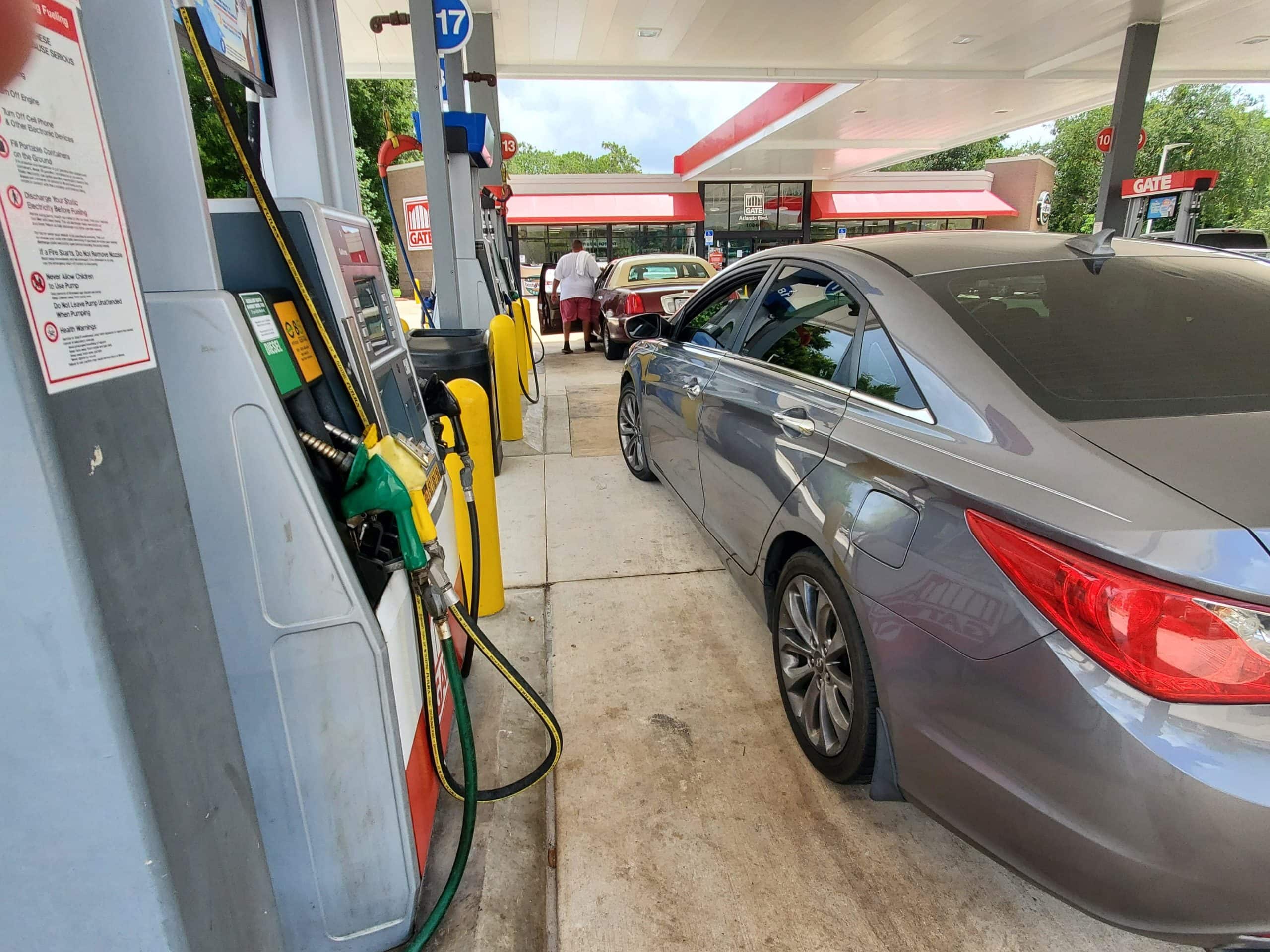 Gas prices surged at the end of July. Image via Drew Dixon.

Gasoline prices across Florida held steady for the past week, stemming a trend of declining prices for much of the last month, according to Florida AAA, the Auto Club.

Despite Hurricane Laura striking the Louisiana and Texas coasts nearly a week ago, causing heavy property damage, there’s been little impact on broader fuel prices. The Sunshine State’s average price for a gallon of gasoline remained the same in the past week at $2.07.

So far, the fuel supply chain has remained undamaged. But there are two oil refineries in Lake Charles, La., where some of the worst hurricane damage was reported and assessments are still being made.

“Normally, when a storm of this size hits the gulf coast refinery region, drivers see a jump in prices at the pump,” said Mark Jenkins, spokesman for Florida AAA. “However, gas prices have been held in check, likely due to lower demand because of the pandemic.

Florida gas prices have fluctuated this summer. They rebounded in May and June after deep plunges shortly after the coronavirus outbreak raged in March and April. But July and August saw varied prices at the pump with some decreases. Prices usually surge during summer months when many Floridians travel in their vehicles for vacation.

The most expensive gasoline in the state in the past week could be found in West Palm Beach at $2.20 per gallon. That was followed by Tallahassee at $2.19 and Panama City at $2.15.

Punta Gorda had the least expensive average gallon of gas in the state last week at $1.96, followed by Tampa at $2 and Orlando at $2.01 per gallon.

Florida is now well below the national average price for  a gallon of gasoline. That figure now stands at $2.23 per gallon.