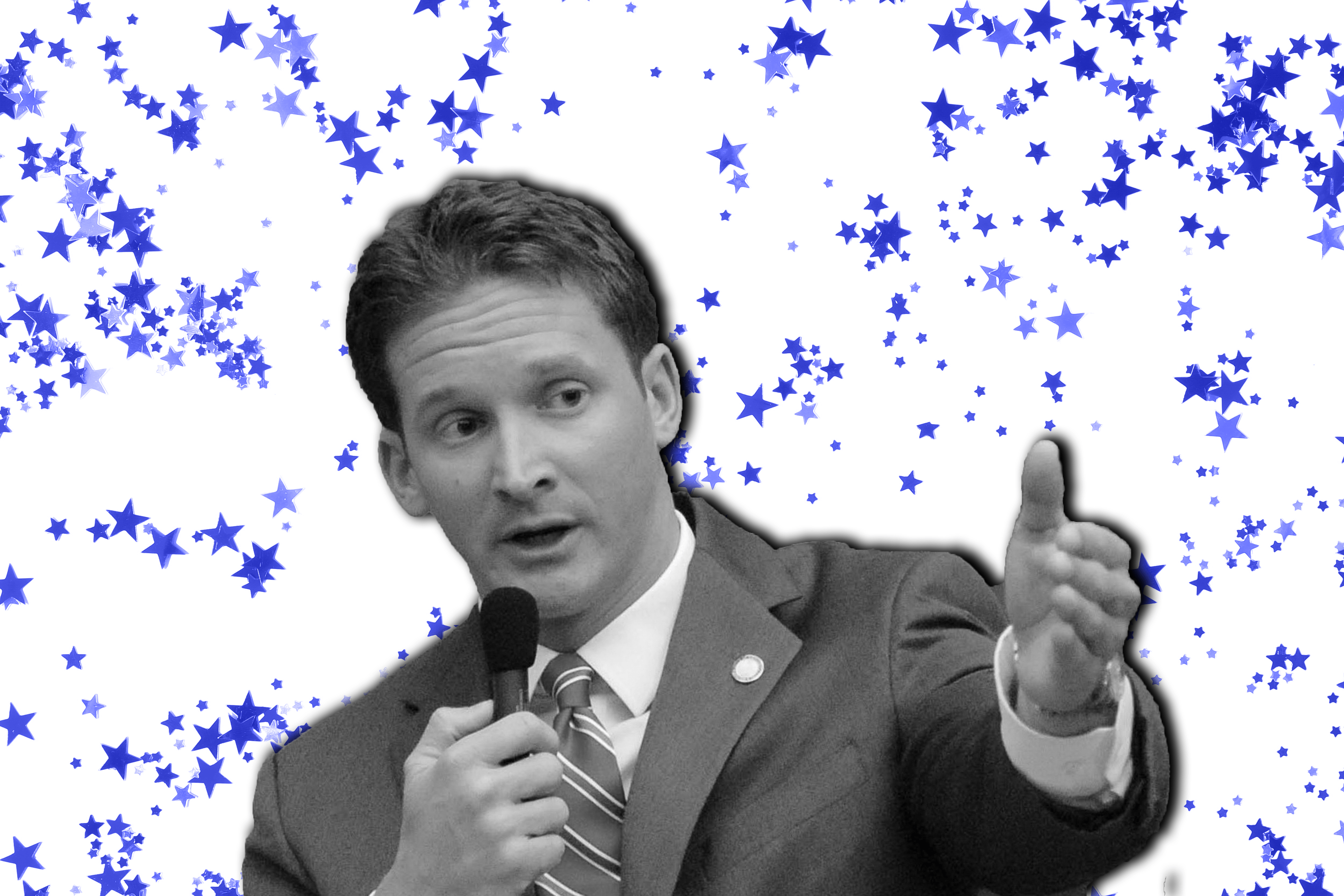 Rep. Dane Eagle will replace the former head of the Department of Economic Opportunity, the Governor’s Office announced Wednesday.

Former Executive Director Ken Lawson stepped down from his position Monday, embattled for months as the state’s unemployment system struggled under a surge of applicants this spring.

Gov. Ron DeSantis later that day announced he could name a replacement as soon as Tuesday but he did not in his two public appearances. The official notice came Wednesday afternoon.

Eagle, the outgoing House Republican Leader, will take over as Executive Director beginning Sept. 14. Both he and Department of Management Services Secretary Jonathan Satter will lead the state’s unemployment claims effort until Eagle completes his transition.

“Leader Eagle is an experienced legislator, a family man, and the right choice to lead DEO,” DeSantis said. “The Department has suffered some setbacks, but I have no doubt that Dane is up to the task. He is personable, enjoys broad bipartisan support, and I look forward to the many successes to come.

“I am humbled and excited to serve Governor DeSantis and the people of Florida in this role,” Eagle said. “We enter in precarious times and I look forward to working with my former colleagues to effectuate change and lead DEO into a bright future. I thank the Governor and the First Lady for their friendship and well wishes. I can’t wait to get started.”

POLITICO Florida’s Matt Dixon was first to specifically speculate that Eagle was in line for the position, tweeting Tuesday evening, “If I were a betting man, I’d put my money on @DaneEagle to replace Ken Lawson at @FLDEO. That congressional primary was going to produce a congressman and the next head of DEO. And we now know how the primary went…”

In 2007 at age 24, he became Deputy Chief of Staff to then-Republican Gov. Charlie Crist. He was the youngest person ever to hold the job.

DeSantis’ Chief of Staff, Shane Strum, was also a Deputy Chief of Staff to Crist alongside Eagle until 2009. That year, Strum became Crist’s Chief of Staff and Eagle became finance director of the then-Governor’s Senate campaign.

Responding to the crisis, DeSantis left Lawson nominally in place. However, the Governor charged Satter with rehabbing the failed website.

“In the spirit of moving forward and turning the page, I have resigned from DEO,” Lawson wrote in an email to staff. “However, it has been my great honor to serve and to work with each of you. I am extremely grateful for the dedication and focus that you all have given to the people of Florida.”

In comments to media Monday, the Governor criticized the “difficult system” Lawson administered, crediting Satter with “getting it going.”

Florida has processed 3.62 million unemployment claims since March 15 and paid out nearly $14.7 billion in state and federal dollars to jobless people. But Eagle will face a series of issues as he takes over the system

For example, the state is working out details of a plan to provide $300 in weekly benefits from the federal government to unemployed people. The money will come on top of regular state unemployment benefits for people who can show they were put out of work because of the coronavirus and are eligible for at least $100 a week in state assistance.

Eagle, who graduated from the University of Florida, was first elected to the House in 2012 and has served as majority leader during the past two legislative sessions. Earlier, Eagle served as deputy chief of staff to then-Gov. Charlie Crist.

Eagle wouldn’t be the only lawmaker recently tapped for a role in the DeSantis administration. Former Republican Rep. Jamie Grant left the House last month to become the state’s Chief Information Officer.