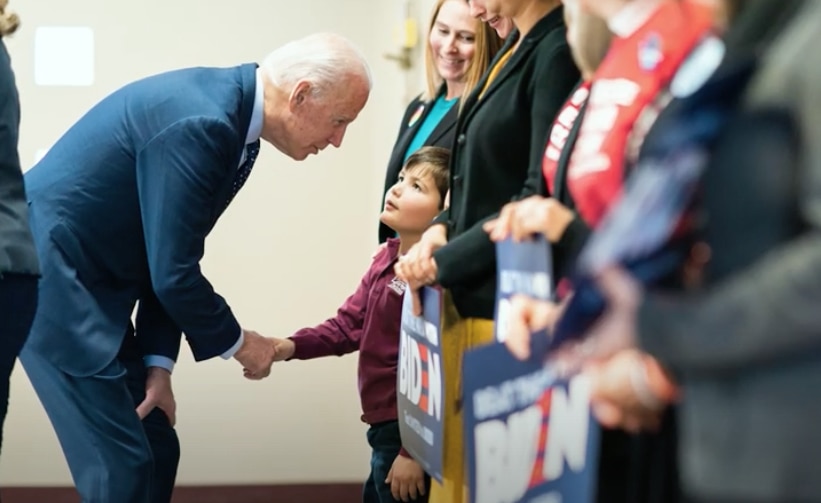 The third commercial is running only on digital platforms, also in English. It focuses on Puerto Rico and also draws from the former Democratic Vice President’s Kissimmee speech.

The three are being launched in advance of Harris’s appearance in the vice presidential debate, set for Wednesday night.

The 30-second Spanish-language ad about Harris, “La Aliada” [“The Ally,”] focuses on her commitment  to supporting Hispanics and immigrants. The narrator mentions her support for “DREAMers,” those undocumented residents who came to the United States as children and who were granted pathways to legal status through former President Barack Obama‘s Deferred Action for Childhood Arrivals program, or DACA.

Video shows Harris at street rallies and at speeches, declaring, “you have the power,” and “we are better than this.” The narrator explains Harris is the daughter of immigrants, and understands the importance of defending the rights and dignity of all people, despite where they come from.

The ad is running on Spanish-language television and on digital platforms in Florida and 10 other swing states.

“Faith and Family,” a 30-second spot running on broadcast TV and streaming platforms in Florida and the other 10 swing states, mixes videos of Biden on the campaign trail with some from his Sept. 13 speech in Kissimmee. There, he spoke about his personal faith and commitment to family and sought unity with Hispanic families on those values.

“Faith, and family. It seems to me, that’s the same strength that’s always animated the Hispanic community,” Biden says, as images show him with his family, and out on the campaign trail. “It’s not only our past. It’s our future as well. The Hispanic community, the Latino community holds in their hand the destiny of this country.”

That prospect, plausible with how the Hispanic vote may tip Florida, which may tip the national election, helps explain why three Hispanic-targeted ads are being released at once this week by the Biden campaign.

The third ad, “American Citizens,” is running only on digital platforms, and only in Florida. It targets Puerto Ricans living in the Sunshine State.

“American Citizens” also includes video and audio taken from Biden’s Kissimmee speech. It mixes video of that address with video of Puerto Rico, showing both parts destroyed by Hurricane Maria in 2017, and parts thriving. Throughout, Biden says, “Donald Trump doesn’t seem to grasp that the people of Puerto Rico are American citizens already. And they deserve to have the leadership in government that understands that in America there is no room for the idea of second-class citizens, period.”

The other swing states where “La Aliada” and “Faith and Family” are running include Arizona, Colorado, Michigan, Minnesota, North Carolina, Nevada, Pennsylvania, Texas, Virginia, and Wisconsin.