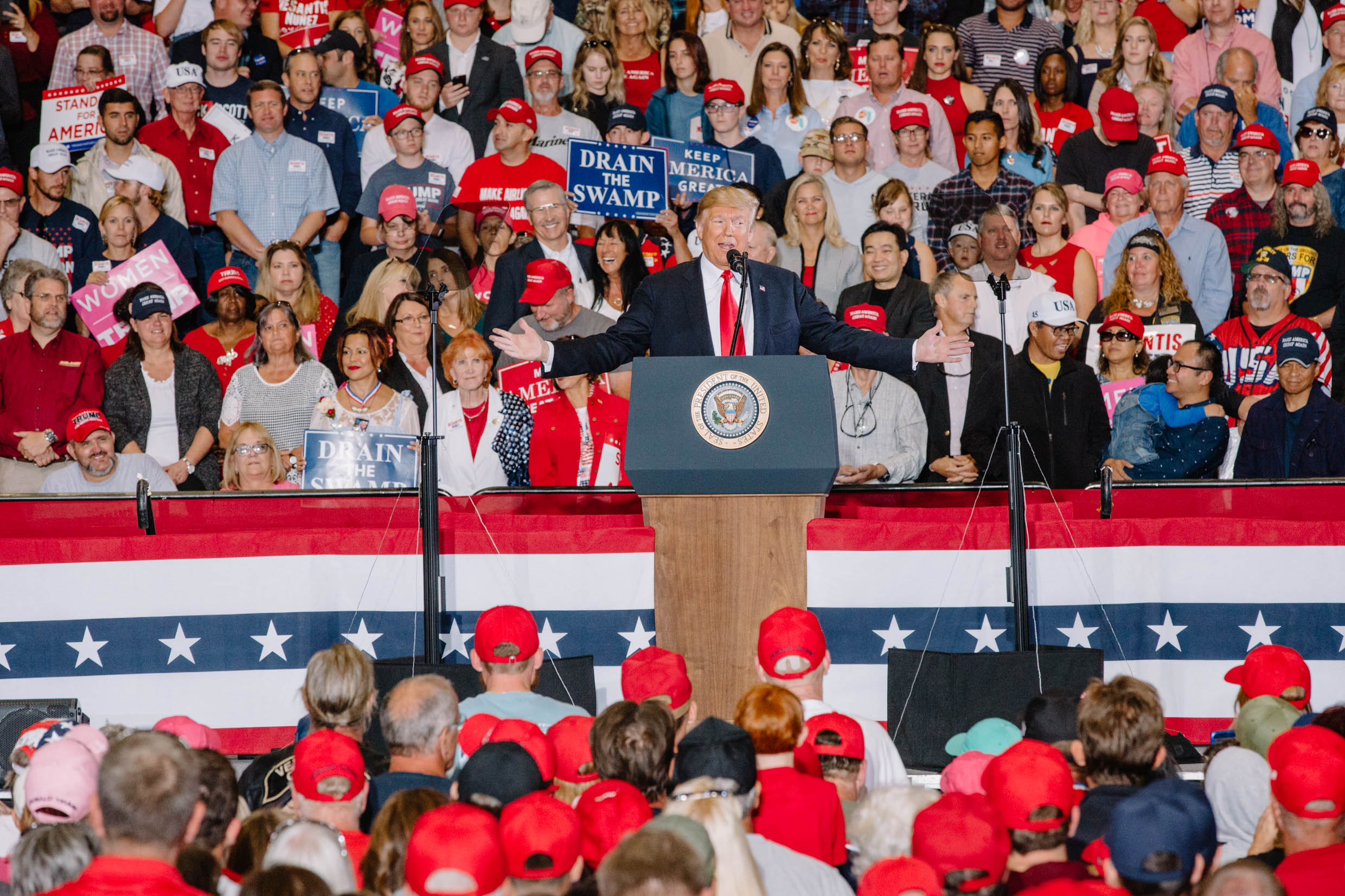 An email from an Okaloosa County GOP official says the possible rally is now on.

President Donald Trump is returning to The Villages and Pensacola Friday for his latest campaign stop in Florida as he attempts to keep the Sunshine State red in November.

Reports on Tuesday suggested the President might host rallies in both cities. By late Wednesday afternoon, his campaign confirmed the events,

The first stop will be at 4:30 p.m. at The Villages Polo Club before the President heads to ST Aerospace near Pensacola International Airport for a 7:30 p.m. rally, local time.

All attendees will be given a temperature check, masks that they are instructed to wear and access to hand sanitizer.

Advisories from the Federal Aviation Administration suggested Tuesday that the President could be making stops in Pensacola and The Villages.

Weather reports show a possibility of scattered thunderstorms for both events.

With less than two weeks until Election Day, the Real Clear Politics polling average currently shows former Vice President Biden up 1.6 percentage points in Florida. FiveThirtyEight gives him a 70% chance of winning the state, expecting Trump’s challenger to carry the state by 3 points.

Since hitting the road after recovering from his COVID-19 infection earlier this month, the President has already made multiple campaign stops in Florida, including public rallies in Sanford and Ocala.

Pensacola has been a popular campaign stop for Trump in recent years, and the Trump campaign bus is currently in Pensacola. He carried Escambia County by more than 20 points over former Secretary of State Hillary Clinton in 2016.

The Villages has also been a repeat venue. Trump carried Sumter County by nearly 40 points.

In Ocala Friday, the President joked that Ron DeSantis‘ governorship was on the line come Nov. 3.

“Hey Ron, are we going to win the state please?” Trump called out to him. “You know, if we don’t win it, I’m blaming the Governor. I’ll fire him somehow. I will find a way.”

Tickets are not yet available, according to the email.

Democrats, for their part, expressed less excitement over the visit.

“The last thing Floridians need is for Donald Trump to host more potential super spreader rallies across our state. What we do need, however, is a president capable of putting Floridians ahead of his own self-interest and get this pandemic under control,” reads a statement from Terrie Rizzo, Florida Democratic Party chair. “More than 16,000 people have died in Florida because of COVID-19, yet President Trump continues to ignore the crisis and mislead the public.

“Floridians are standing between Donald Trump and four more years in the White House. We must exercise that power and vote early for Joe Biden and Kamala Harris, leaders we can trust to manage this pandemic and bring back our jobs. Make sure every single one of your friends, family, and neighbors has a plan to vote at iwillvote.com.”

previousSunburn — The morning read of what’s hot in Florida politics — 10.22.20