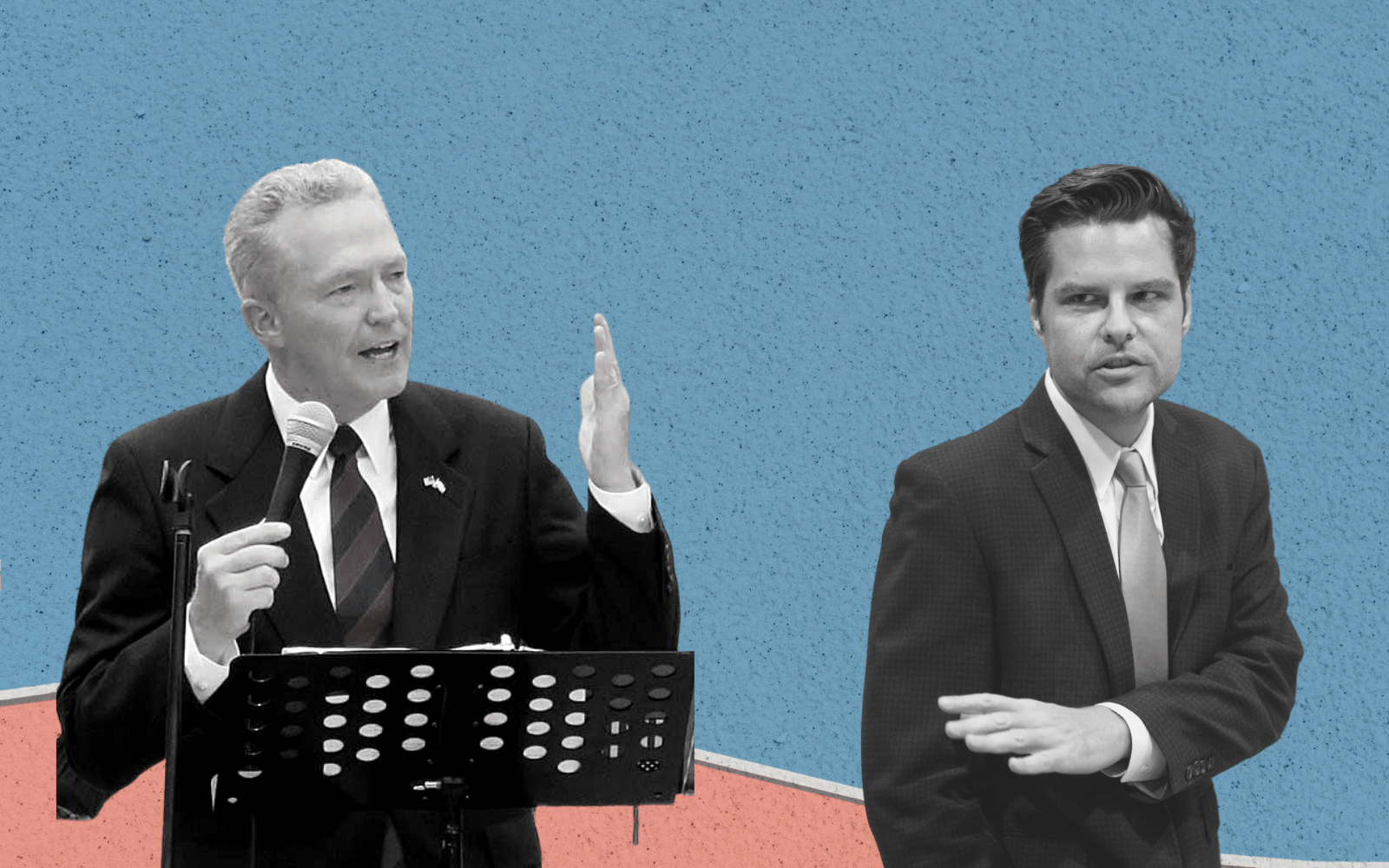 U.S. Rep. Matt Gaetz is perpetuating a Twitter feud with his Democratic opponent, Phil Ehr, embracing the attacks against him with less than two weeks until the General Election.

The Fort Walton Beach Republican is expected to win reelection to a third term in the House of Representatives. But that hasn’t stopped his Democratic challenger, a retired Navy Commander, from taking shots at Gaetz, calling the Representative “entitled to the power” in one of his latest attacks.

“I feel entitled to the position because I got more than two-thirds of the vote the last 4X I’ve been on a ballot,” the Gaetz tweeted.

“By contrast, you lost re-election as chess club president and your only campaign for congress 2 years ago quite badly.”

The Republican’s volley was a response to a tweet Ehr sent Wednesday evening.

“Matt Gaetz feels as though he is entitled to the power he’s been hand-fed and doesn’t even try to work hard for his constituents. It’s time to send #LazyGaetz packing,” Ehr tweeted in an implied attack against his connection to father, former Senate President Don Gaetz and U.S. President Donald Trump.

Gaetz’s attack against Ehr’s electoral history and extracurriculars didn’t yet secure a checkmate victory. Within 15 minutes, Ehr struck back again.

“Admitting you are entitled is the first step @MattGaetz. It’s an honor to serve the American people, not a right,” he tweeted, adding a request to debate the incumbent.

Twelve days remain until the election.

Gaetz is known for his fiery displays and and for issuing pointed attacks on Twitter. But Ehr hasn’t shied away from elevating his own attacks on social media.

The district stretches from Pensacola to beyond Destin.

Gaetz will stump with Trump, a close ally, in Pensacola when the incumbent President makes another couple campaign stops in the Sunshine State Friday.

nextTV lawyers call for help in voter protection: 'Actually, we can't do it'