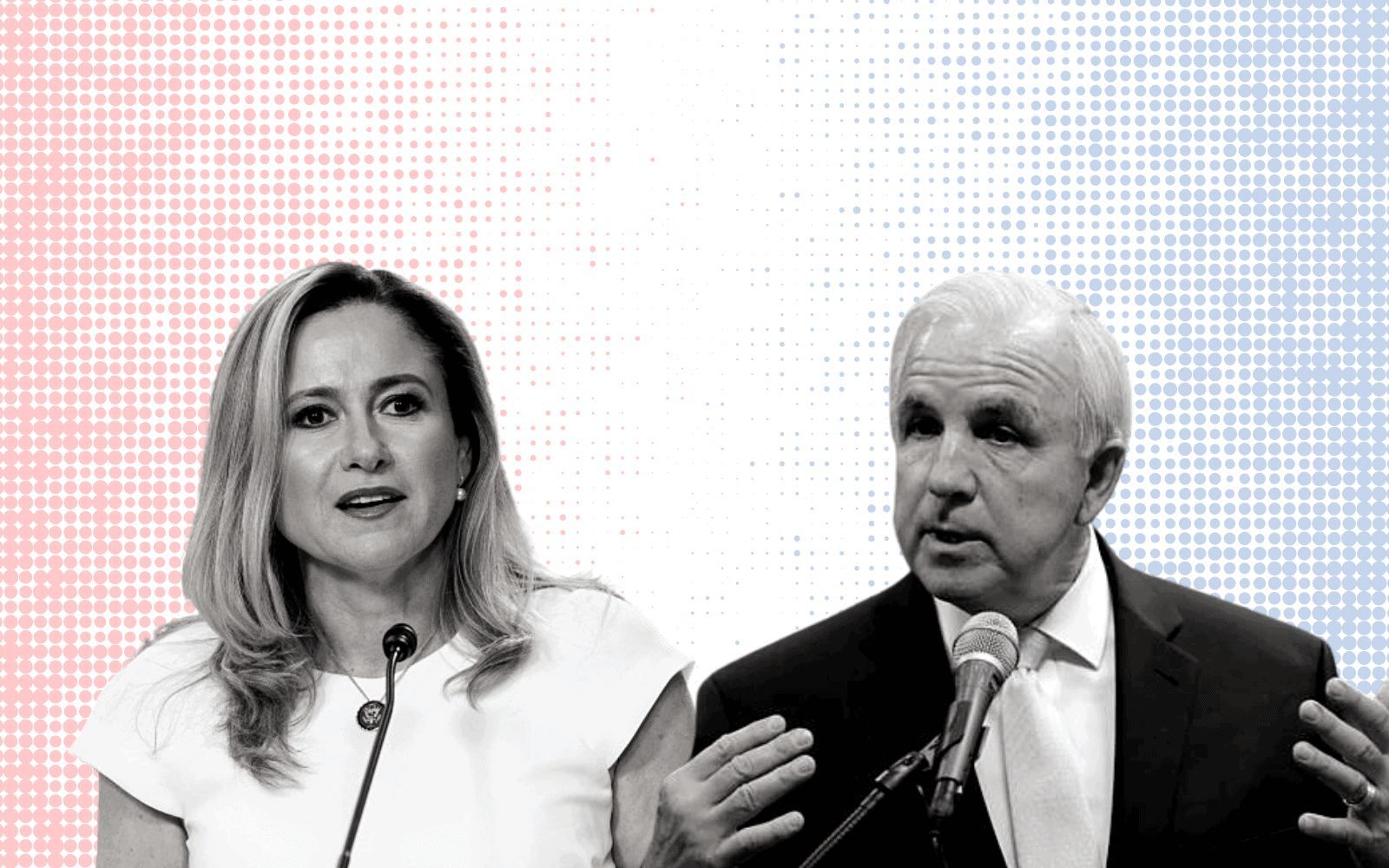 According to Tuesday’s unofficial results, Giménez has secured 52% of the vote compared to 48% for Mucarsel-Powell.

Mucarsel-Powell, however, said Tuesday night that she was not ready to concede.

“This election has seen historic levels of turnout in Florida and across the nation, and we are still waiting for all the votes to be counted,” Mucarsel-Powell explained.

“What we are seeing now is our democratic process at work. I look forward to a final result when the votes have been counted and everyone’s voice has been heard.”

“South Floridians know Carlos has been a true leader and public servant and will continue that selfless dedication in Congress,” said Tom Emmer, chairman of the National Republican Congressional Committee.

The Congressional Leadership Fund — a super PAC aimed at electing Republicans to the U.S. House — also released a statement.

“South Florida is tired of the dysfunction in Washington and tonight they elected the perfect man in Carlos Giménez to bring people together and get the job done,” said CLF President Dan Conston.

Added David Johnson, director of the South Florida Residents First PAC, “Despite being outspent by more than $3.5 million, Carlos Giménez’s long-time record of serving his community with honor and distinction cut through all the in-state and out-of-state barrage of negative attacks waged throughout one of the most-watched congressional campaigns in the nation’s third largest state.”

Election analysts predicted the race would be the closest congressional race in Florida this year.

Mucarsel-Powell won the CD 26 seat in 2018 by 2 percentage points. Early this cycle, the Democratic Congressional Campaign Committee (DCCC) identified this seat as in play. The group placed Mucarsel-Powell in its Frontline Program, which sends resources to potentially vulnerable House Democrats.

After serving as Mayor for eight years, Giménez ran as a Republican to challenge the incumbent.

The candidates and their ideological allies let the attacks fly this cycle, though both sides have used spurious arguments to woo voters within the district. Outside money also flooded into the race on behalf of both candidates. That’s a sign each side believed the contest was winnable.

As she did in her successful 2018 race, Mucarsel-Powell focused on health care as a priority.

Mucarsel-Powell has said she would defend the Affordable Care Act (ACA). Giménez argued he would look to “fix” the law rather than repeal it. But Republicans, including President Donald Trump, have long been on a crusade to eliminate the ACA entirely. Mucarsel-Powell tried to lump Giménez in with those efforts.

The COVID-19 pandemic also took center stage given the Mayor’s role in leading Miami-Dade County during the outbreak. The county, which is the most populous in the state, has seen the most infections in Florida. That’s somewhat unsurprising given its dense layout in certain areas as well as its status as a tourist hub.

Giménez did raise eyebrows in mid-June, however, as he downplayed a rise in cases after the county’s original move to reopen alongside Broward and Palm Beach counties.

“We always expected that as we open the economy, we would have more positive rates,” Giménez explained on June 19. “We don’t see this as concerning.”

Just eight days later, on June 27, the continuing rise in cases forced Giménez to announce he would close beaches during the July 4 weekend. By July 1, the county ramped up restrictions on restaurants and hotels. Those were just a few of the measures the county took as infections spiraled out of control through the summer.

Those numbers eventually fell following the Mayor’s backtrack on reopening. With the region again moving to return to normalcy starting in September, the county has seen a slight uptick in the share of COVID-19 tests coming back positive. That number has been above 5% routinely in the past week-plus, though that’s still a far cry from the highs above 20% the county saw during the summer spike.

Public polling was scarce in the contest. A late July poll commissioned by a GOP group had Giménez ahead 47%-42%. The CLF commissioned that survey.